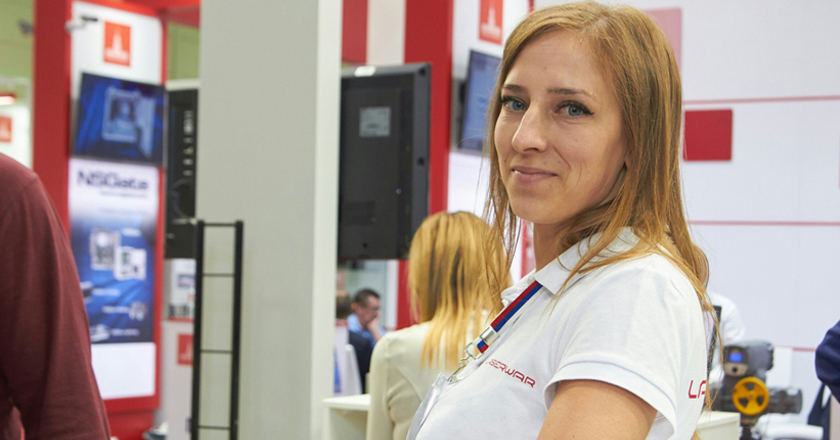 Good day everyone! In spite of local internet connection problems, again we are reporting from Hannover! Due to the sudden inflow of visitors during the second day, there was a serious network problem and as a result, we had issues with sending photo reports, yet gradually it all got sorted. We still keep watch at stall A22, hall 15, yet there have been some changes. 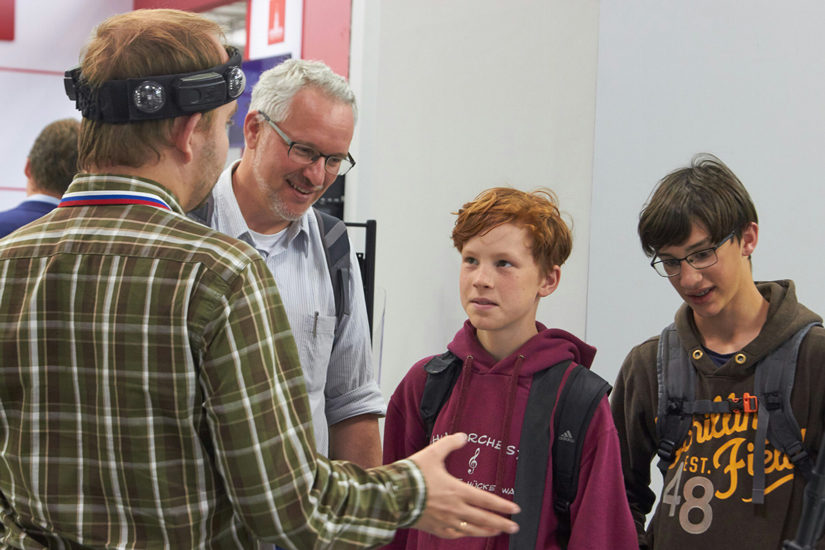 As previously noted, our stand has been invariably turning into the lodestone for the visitors of the Russian Export Centre exposition. Due to the influx of visitors, the REC administration has suggested that we should open an additional LASERWAR stall in hall 6, box F54, where another REC area is located. This means that we have been gradually and absolutely peacefully flooding the exhibition centre and tomorrow we will be able to greet you in two areas. 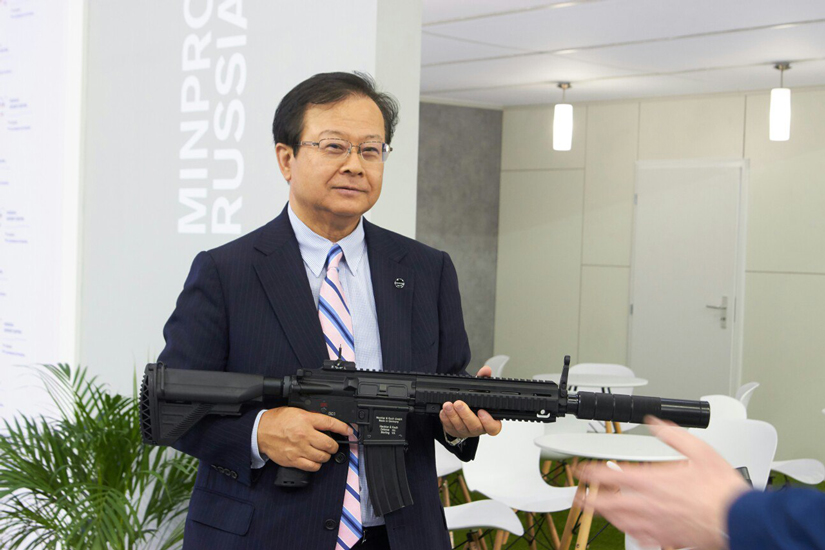 The flow of visitors has been stably high so far, and all our team members have been working very diligently, answering clients’ questions and explaining all sorts of things. At first, many guests take our weapons for real and are taken aback by our exposition. When they discover later on that what they see is actually game equipment, they start wondering how we have managed to go through the customs with all this stuff) 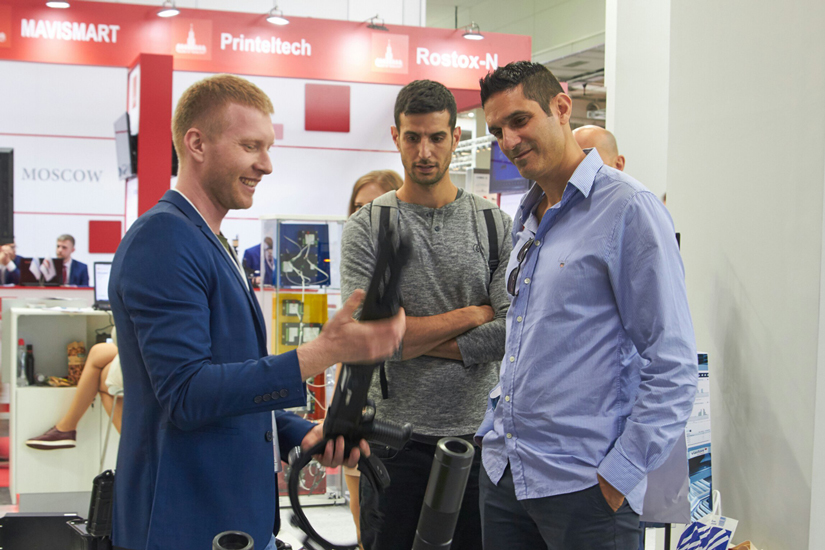 So, we have to explain to them that our equipment has all the required documents and safety certificates meeting the international standards, so we have no problems with transporting it. 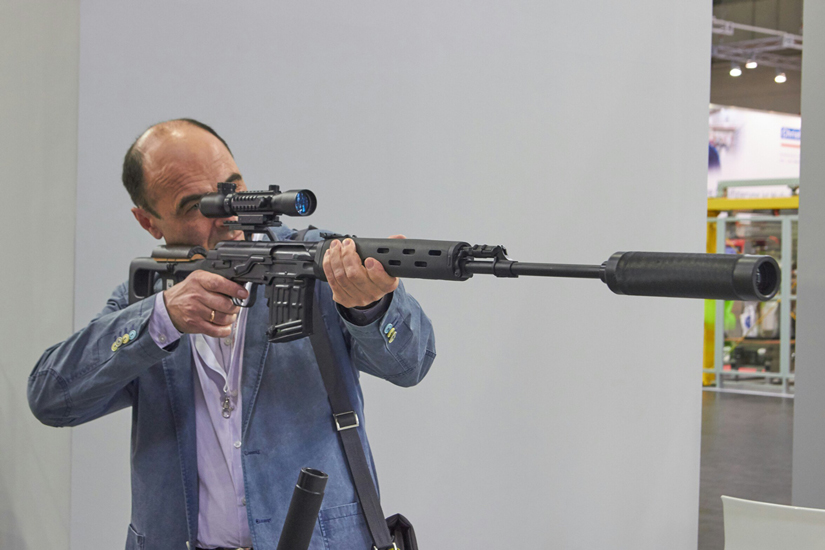 Today at 13-00 the REC area of our hall was officially opened. A whole German delegation was at the opening. They visited our stall, too. The REC deputy director and one of the exhibition organizers made speeches. Our guys gave thanks to the organizers for the extensive possibilities that had been offered and for the excellent organization of the exhibition. The organizers assured that expositions from Russia have traditionally stirred high interest and have been highly valuable for the exhibition. 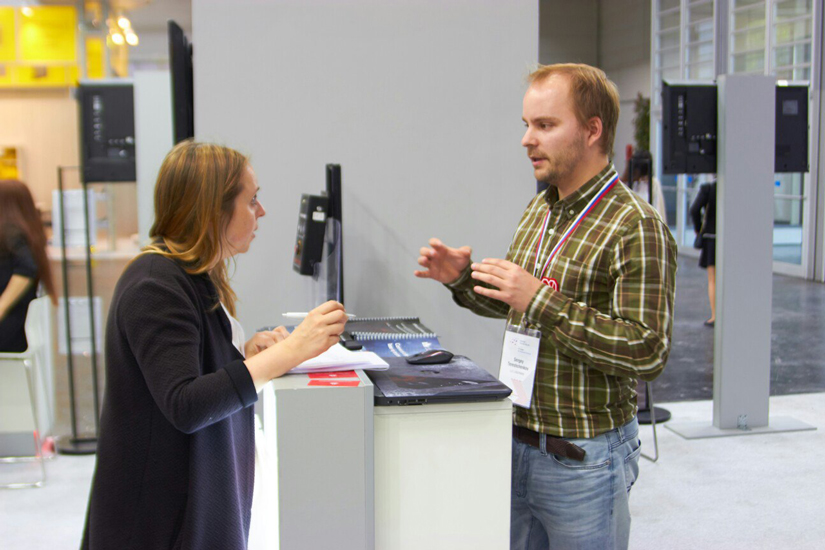 All-in-all, life is in full swing. Our permanent clients remember about us, too. Today we had a chat with the owner of the LaserTreff club from Hamburg. We gave him gifts and memorable souvenirs and he in turn invited us to his club for a big game and promised to give us a hand at the exhibition stalls. Besides, we signed an agreement for equipment delivery to his new arena. 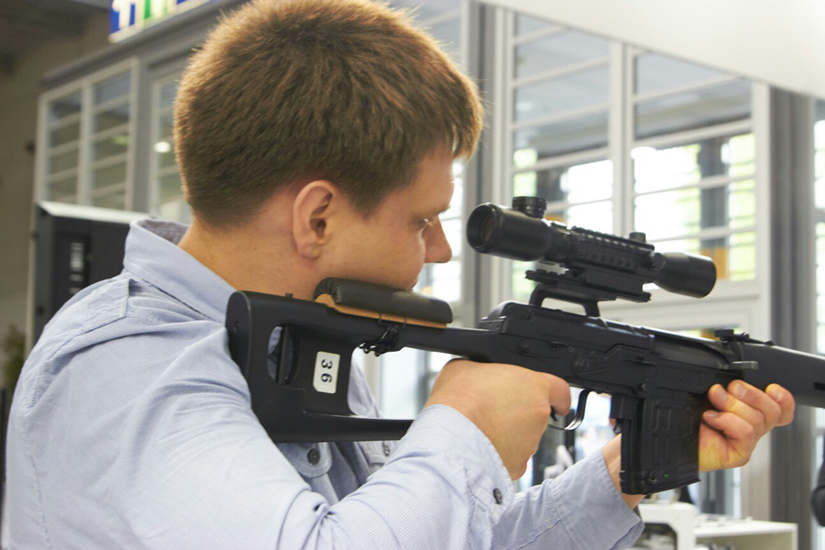 A large proportion of the visitors of our stall are certainly boys. Boys and weapons are a separate subject. Can anyone really help holding in their hands a weapon that is so much like its combat version and take a few photos? 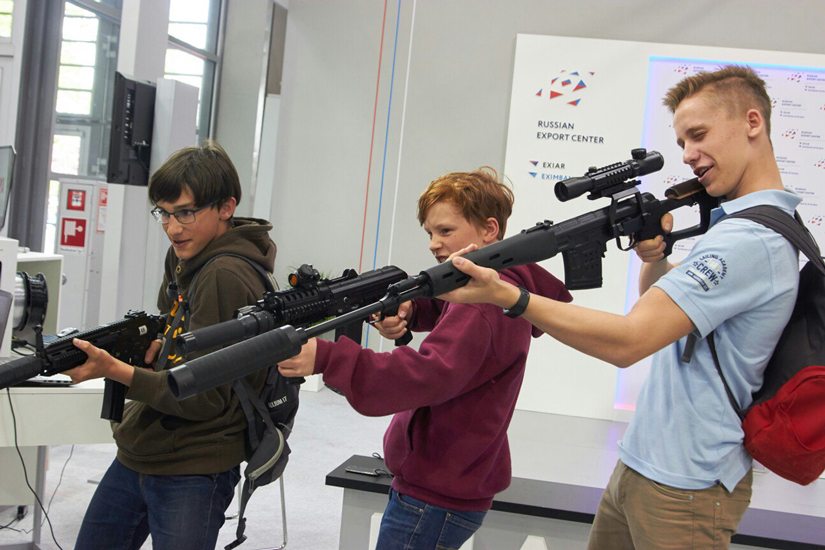 Their faces are glowing with excitement! Computer games are nowhere near it. Laser tag has a future – a real game is just as engaging as PC virtual worlds! 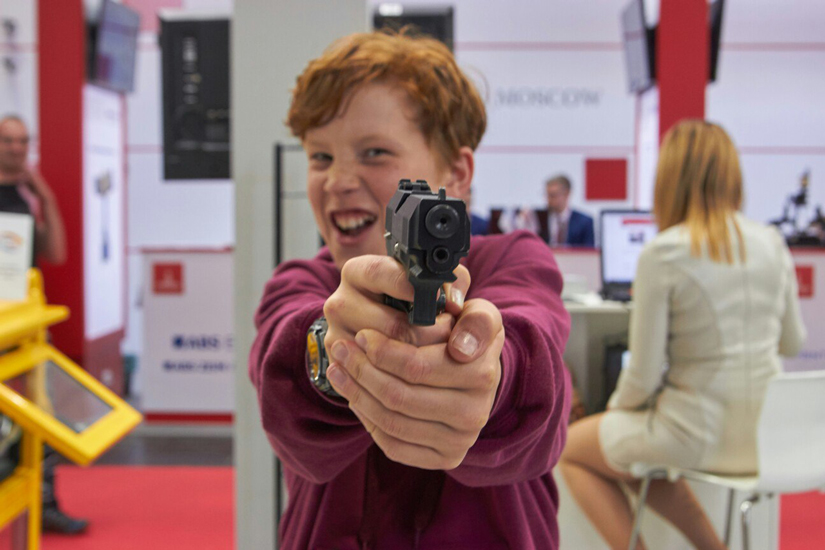 In spite of the weapon theme, we are peaceful people. The more people play laser tag, the fewer of them will want to take real weapons in their hands. Meeting on game battlefields is a much better idea than fighting on real battlegrounds. This sounds almost like the famous motto of 1960s  «MAKE L…*, NOT WAR», where L…* stands for Laser tag. 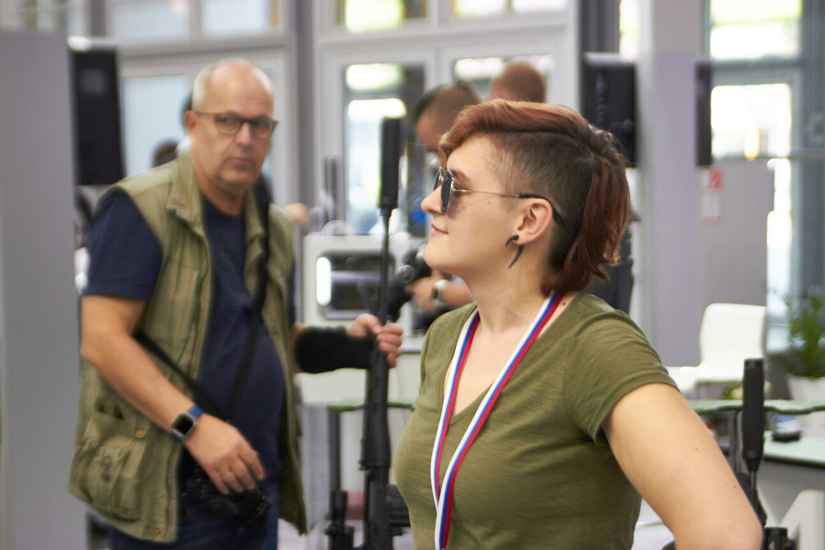