More and more demands are placed for laser tag equipment every year. Players need really smart devices: electronics must accurately process all game events automatically. And besides that, every device is expected to have a stylish design, loud sound, bright indication and durability.

And all these features can be found in the Smart control point. 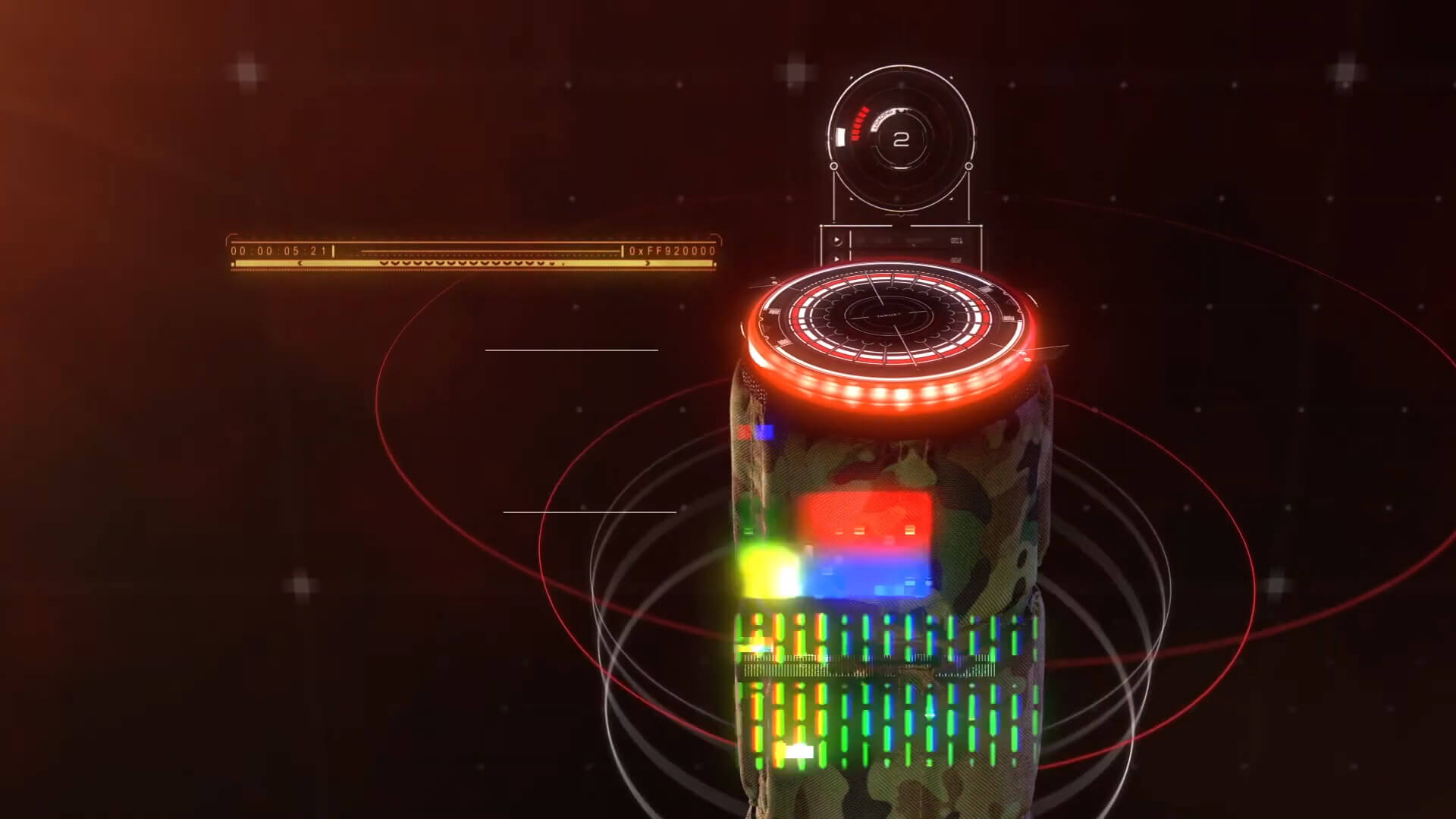 We will start with the top and brightest part of the device - the indicator panel. Unlike in the previous generation, it's equipped with 80 LEDs and a bright seven-segment display.

The LEDs are divided into 2 circles: external - 32 LEDs and internal - 48. The external LED circle shows the color of the team that has captured the device, while the internal scale indicates the process of capturing and holding.

In the new device, we wanted to make sure that the players wouldn't 'calculate' the round time, figure out the holding time. All this data can be viewed on the seven-segment display, which is also located at the top of the game set.

The design of the indicator panel is closely linked to functionality. When designing, we always think about convenience, so there are no unnecessary elements in the design. We marked out special areas for IR emitters, made a separate frame for the display, and surrounded the internal LED scale by a red-yellow line.

The industrial design is characteristic of the entire line of LASERWAR equipment. All elements of the upper part are connected by an invisible thread. Just activate the control point to unleash its 110% potential. The bright display, saturated colors and clear modes display are what laser tag players around the world deserve.

Inside the device there is a lithium battery with a capacity of 3000 mAh. The operating time: 8 hours on one charge. Our control point is a real find for lovers of large-scale and long battles.

A powerful loudspeaker with a Class D amplifier is responsible for the sound. The control point supports 25 digital sounds. No hissing, distortion and sputtering - we are sure that you will appreciate the sound quality and range.

The photo sensors of the device are placed in such a way that only a player who is close to the device can capture the control point. Ricochets and random seizures are a thing of the past.

All controls are located at the bottom of the control point. They are rather small in number: the admin button, power button, charging connector - we follow the 'plug and play' principle, no additional manipulations are needed. The buttons and connectors are located in the holes with eyelets. The fabric around the buttons will not be torn off and the tidy appearance will be preserved even after a dozen games.

We also paid attention to the base. For stability, we fixed the base with a metal ring. The device will carry any game loads and will not loosen up after long laser tag battles.

The device is protected from all sides. While developing the protective color, we were inspired by the 'dynamic protection' of tanks. The Smart control point looks brutal. All electronics are reliably protected. The device is available in 4 colors of protective covers: black, pixel, cartoon and woodland.

Carrying straps are also provided. Players will no longer have to carry the device under their arm or come up with homemade grips. All Smart control points are equipped with comfortable belts with secure stitches by default.

To make the design less plain we added a couple of contrasting elements. Three chevrons with different pictograms stand out from the other parts of the device. If needed, they can be replaced by chevrons with the emblems of the laser tag club.

3 scenarios in one device

The game set has 3 preinstalled main scenarios. All the scenarios show the strong points of the device. Now it's not just a luminous pole on the playground. The control point can support allies, restore hp and suppress the opponents with IR-pulses. In our development, we were inspired by Battlefield and the arena laser tag technology. We took the best from different directions and connected everything in one device: Smart control point will make players sweat. The joy of victory and happy emotions are guaranteed.

The simplest and most popular laser tag scenario. The players' task is to capture the device by shooting at it with an infrared pulse from a tagger. When hit, the color of the outer ring on the cover matches the color of the player who captured the device; the round scale displays the capture process, and the indicator starts a countdown to victory. The opponents can take the initiative with a shot - then the colour of the scale will change and the countdown will start all over again.

In this scenario two factors are important to the player: capture and retention time. The more players take over the point at the same time, the faster they will finish the job. Once the point has been captured, it must be held for the set time. When the game is over, the game set displays the stats in the form of a chart with the total holding time for each team.

At the start of a round, the point belongs to some team or is waiting for the first shot that will determine its owner. The device has a certain number of hp. As long as the device is not damaged by the enemy, it delivers positive pulses to the owning team. Opponents' shots deprive the point of hp and useful pulses. The attacking team's objective is to reduce hp to zero, thereby destroying the Command post. The defenders aim to protect the point from invaders.

Would you like to see the Smart control point in action? Please see a detailed device review. 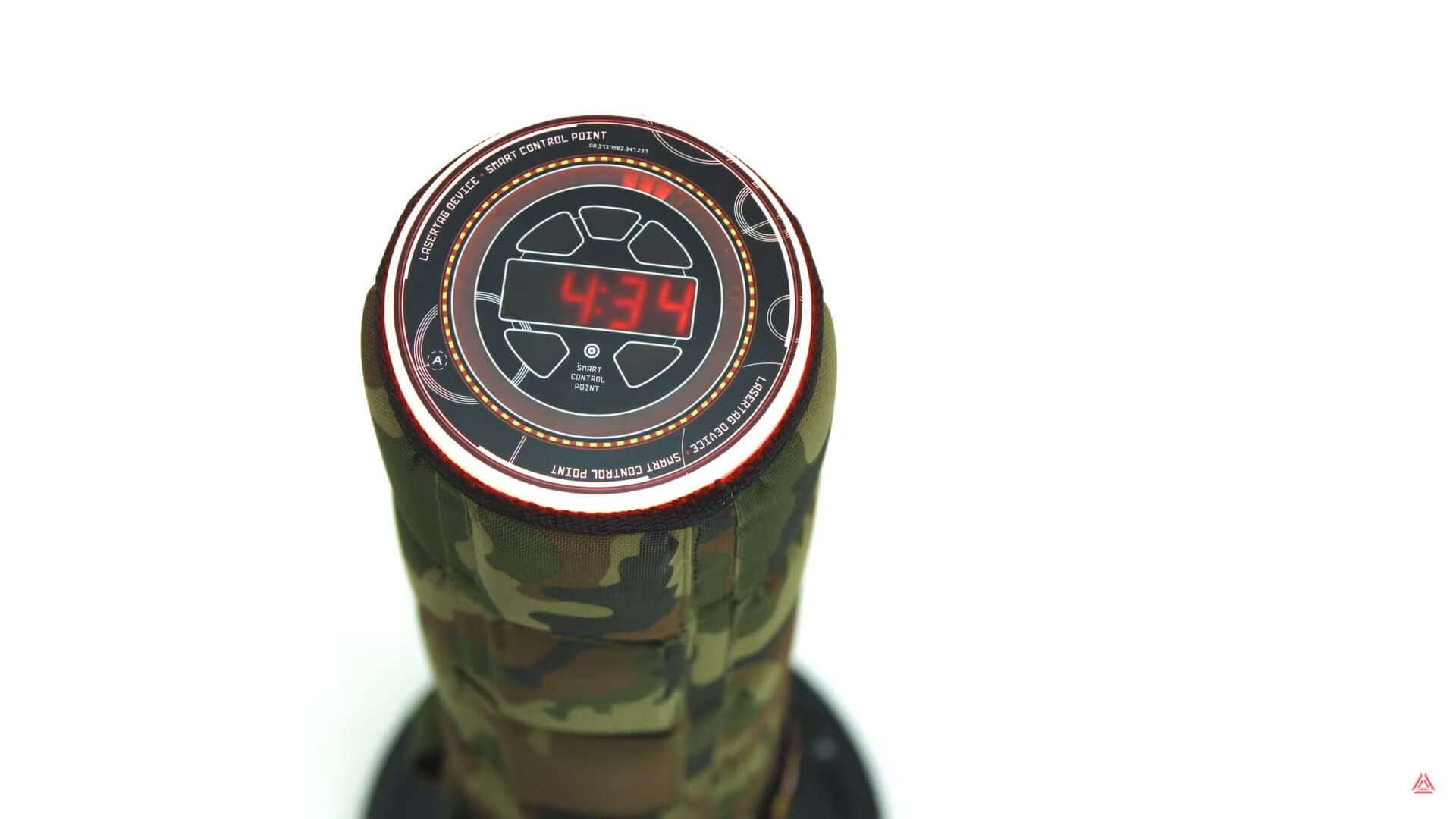 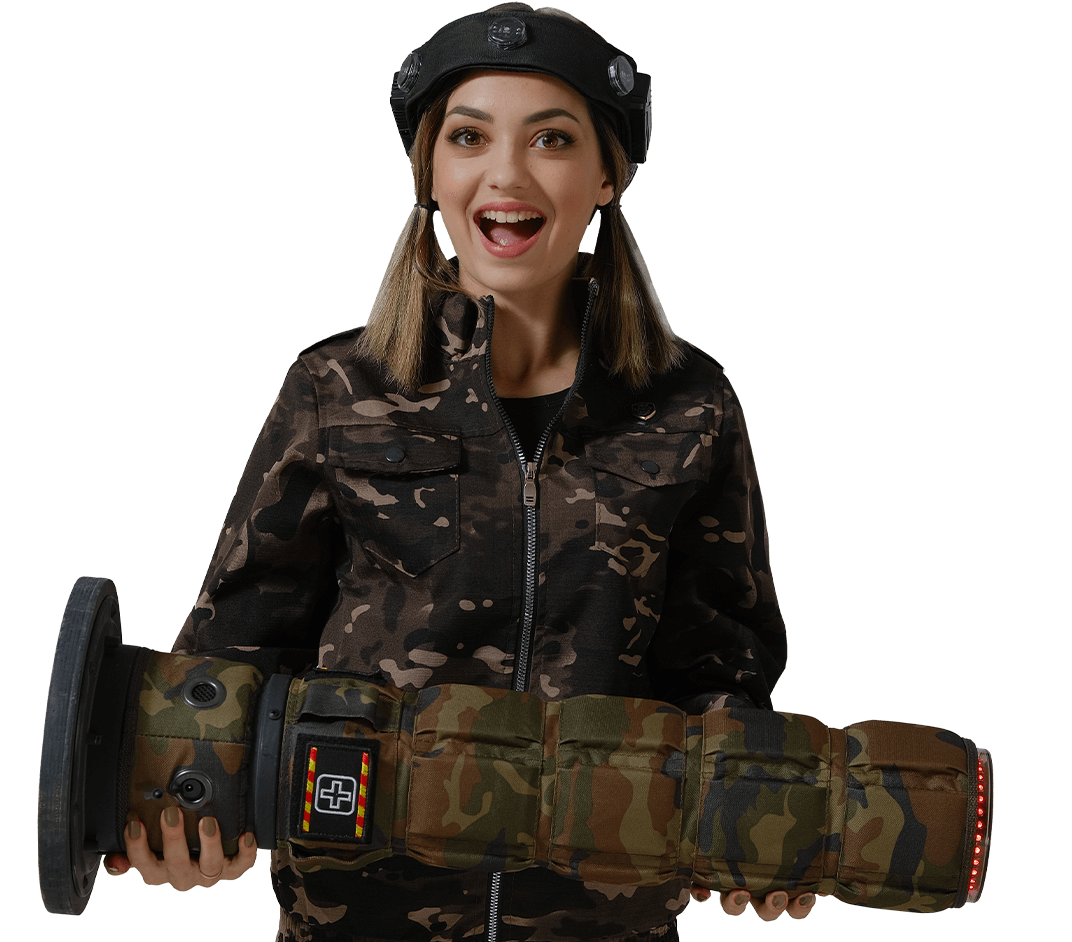