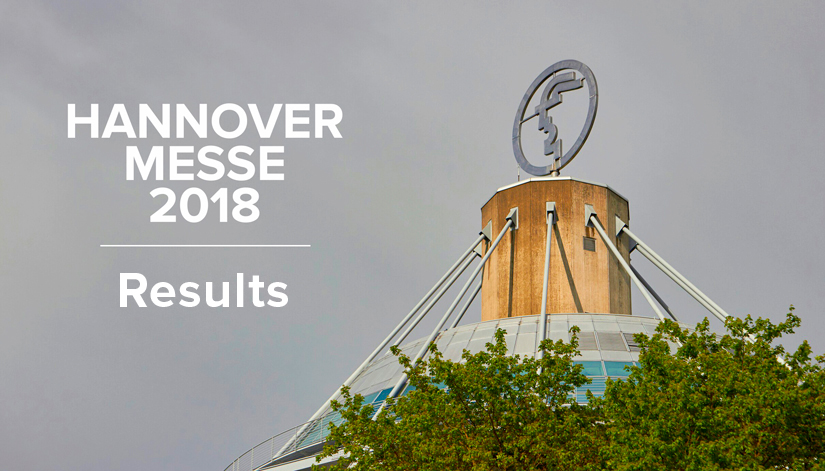 The 5-day marathon of the Hannover industrial fair has neared its end. Our nearly 2-week long motor rally over Europe has come to an end, too. Now it’s time to sum up the results of our participation in HANNOVER MESSE 2018. 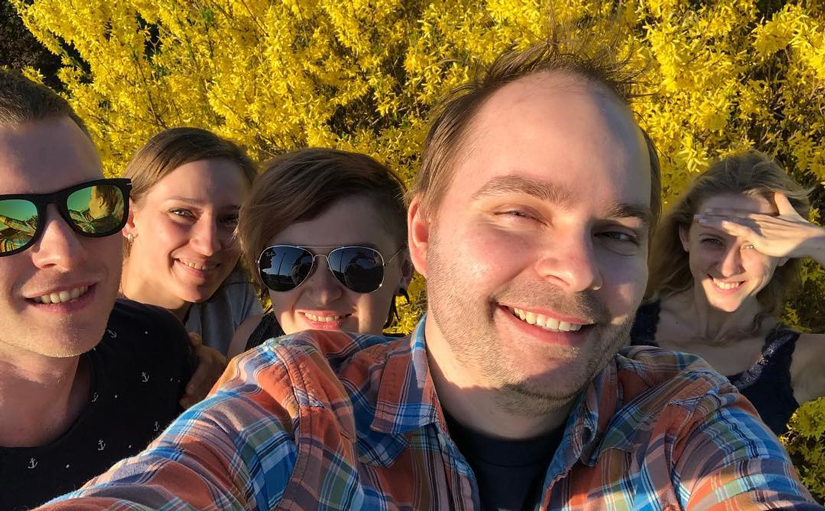 Our team of top employees and developers have travelled over more than five thousand kilometres of the territory of Europe. Many of them have participated in an event of this level for the first time. Warsaw, Berlin, Hamburg and the final aim, Hannover – these have been the biggest signposts on our way. The reason why we chose such an indirect route is because on our way to Hannover we managed to visit our German partners and learned more about their business. We visited the LASERTREFF laser tag club in Hamburg and learned about the features of laser tag business organization in Germany. This laser tag club organizes indoor and outdoor laser tag games and works with the equipment of our firm. We will talk more about this club in a separate article. 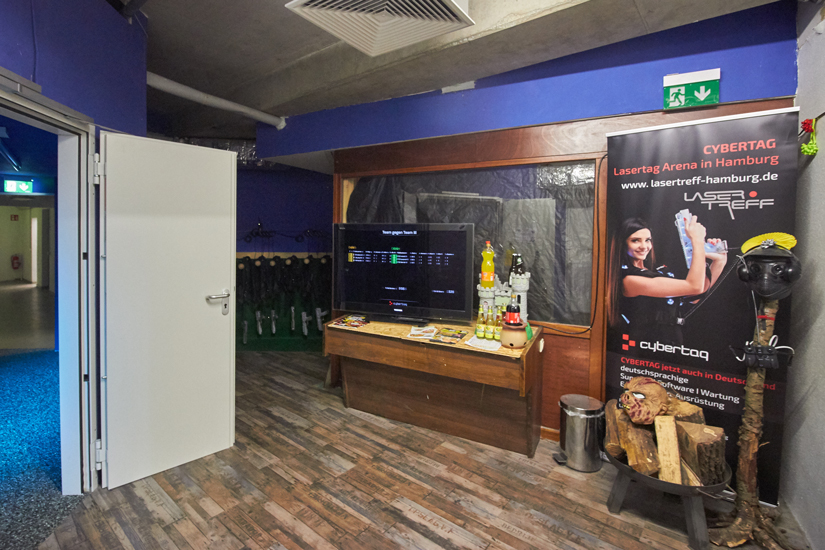 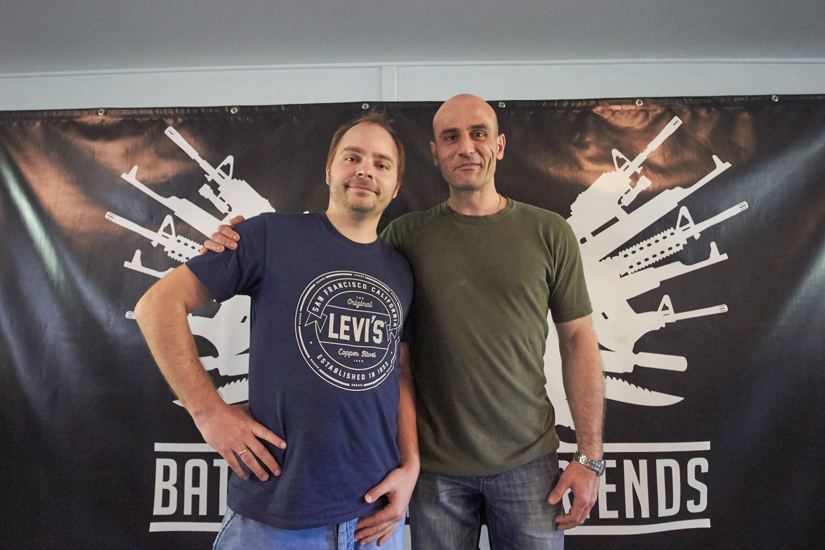 Here is, at last, the Exhibition Centre of the Hannover Industrial Fair – the largest area in Europe where all the technological and industrial inventions are displayed. Our participation in the exhibition was made possible thanks to the Russian Export Centre (REC), which included us, along with other producers, as part of the Russian delegation, and offered us exposition stands in two of the four exposition areas of the REC. 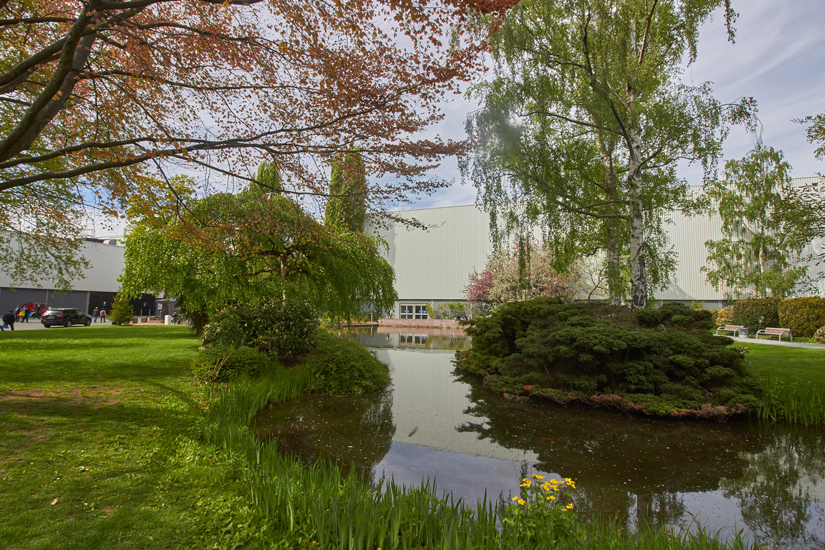 The organization of the Russian exposition areas was well-planned and well-coordinated. Besides the exposition stands, each area included a recreation zone, where one could have a cup of coffee and a zone for client negotiations, where heads of delegations could have a quiet chat with the clients that were interested in their products. 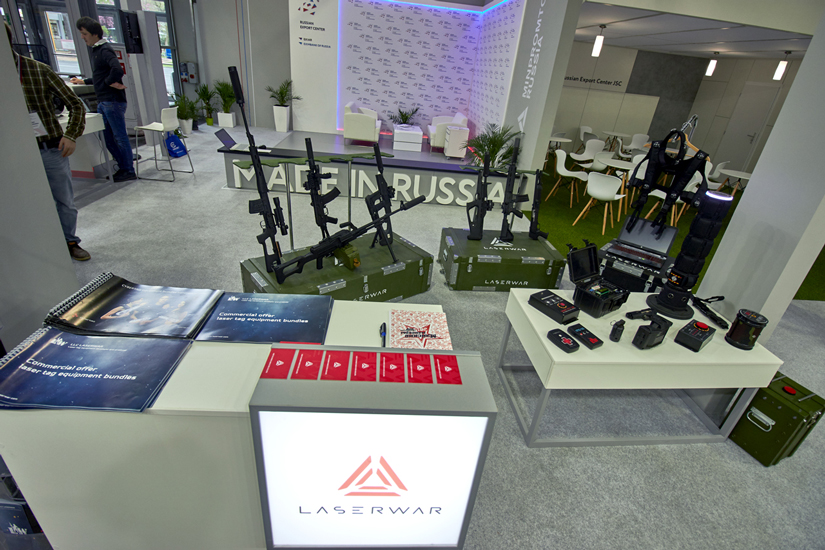 Business negotiation at the stand were hardly possible, for there was a huge influx of visitors and we had to interact with two dozen people simultaneously. And so it happens that our stand became the centre of attention among the guests of the Russian exhibition area. 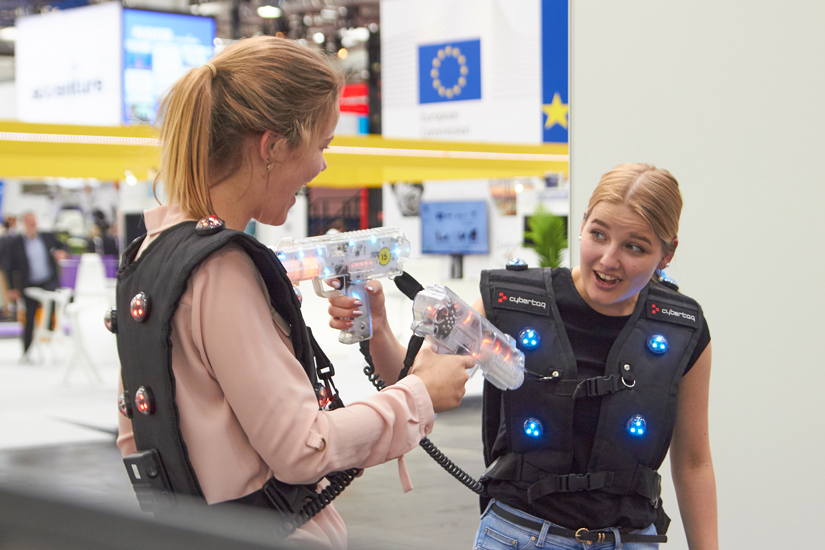 Weapons always attract people’s attention and a huge influx of visitors, cautiously at first, then with curiosity, first examined our exposition and then dispersed to other stands of the Russian exhibition area. During the first day, the interest in our exposition was so high, that we were offered to organize an additional stand at the second area so as to serve more visitors efficiently. 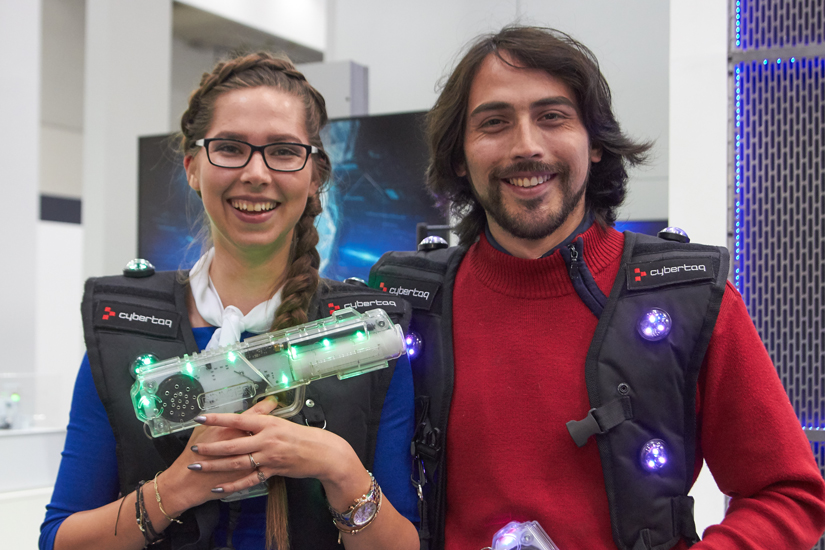 Through the communication with the exhibition visitors we learned about the special features of the European laser tag business. The Europeans are quite cautious when it comes to weapons and the indoor version of laser tag with its deliberately fantastic features, divorced from reality, prevails there. 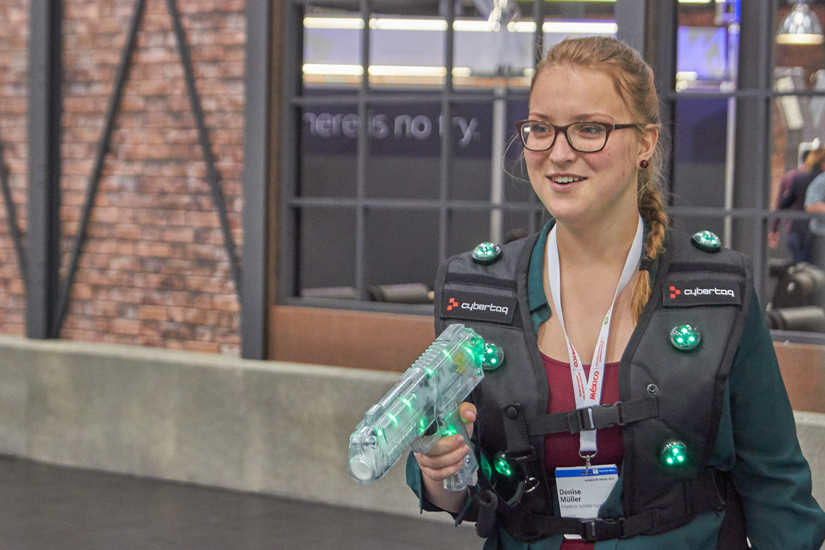 That is the reason why our CYBERTAG equipment set for indoor laser tag was particularly popular among the visitors. 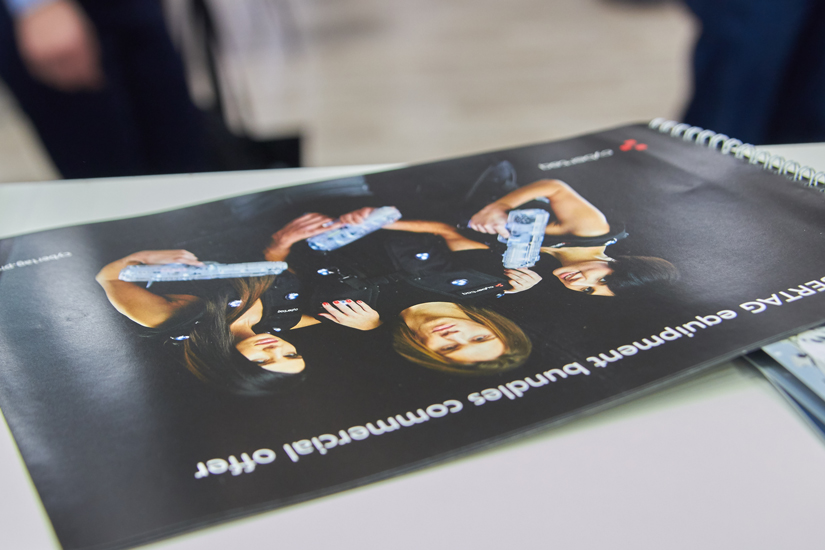 Not only kids, but also grown up, decent people were eager to try playing. 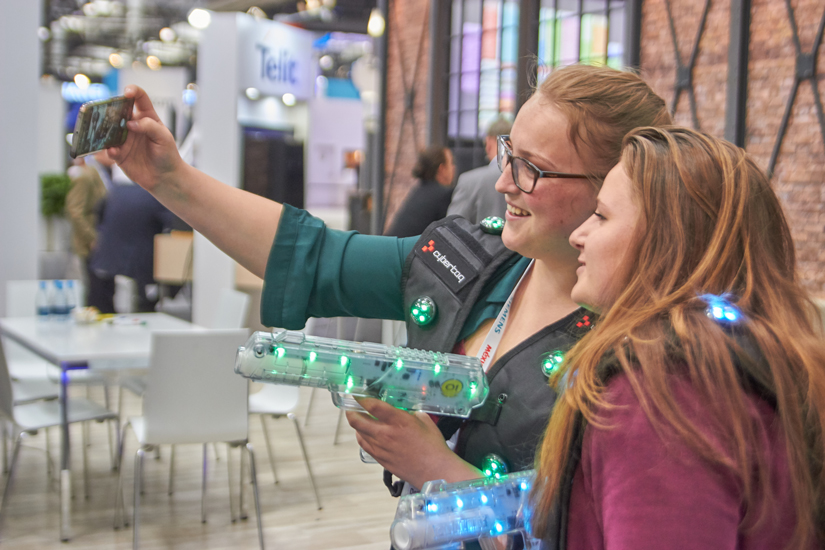 Just as well as make a memorable selfie. 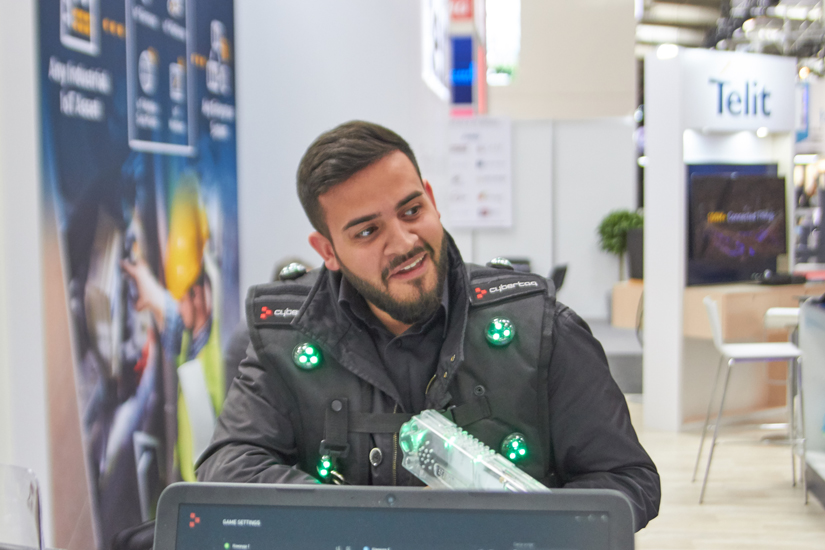 These five days of intensive work at the indoor laser tag stand resulted not only in lifting the mood of the visitors, but also in a number of preliminary agreements for indoor CYBERTAG equipment delivery. 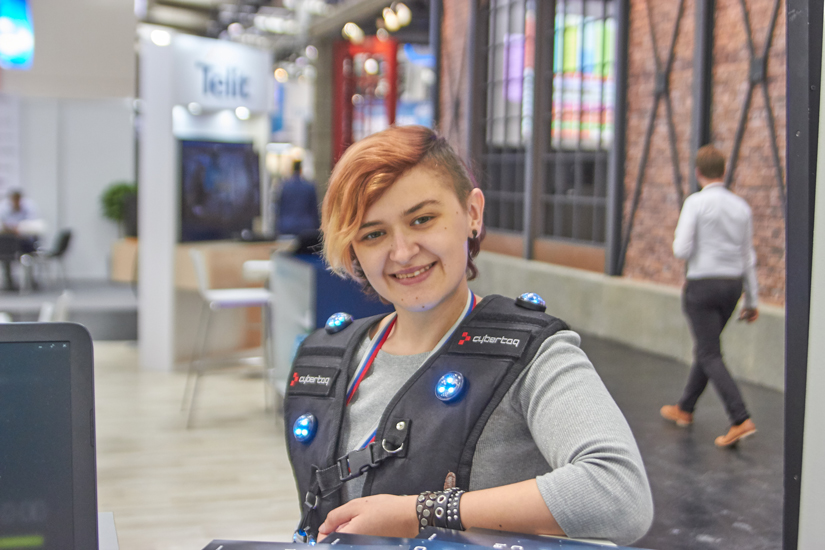 In the meantime, our outdoor equipment stand enjoyed the rightful attention of the visitors, too. 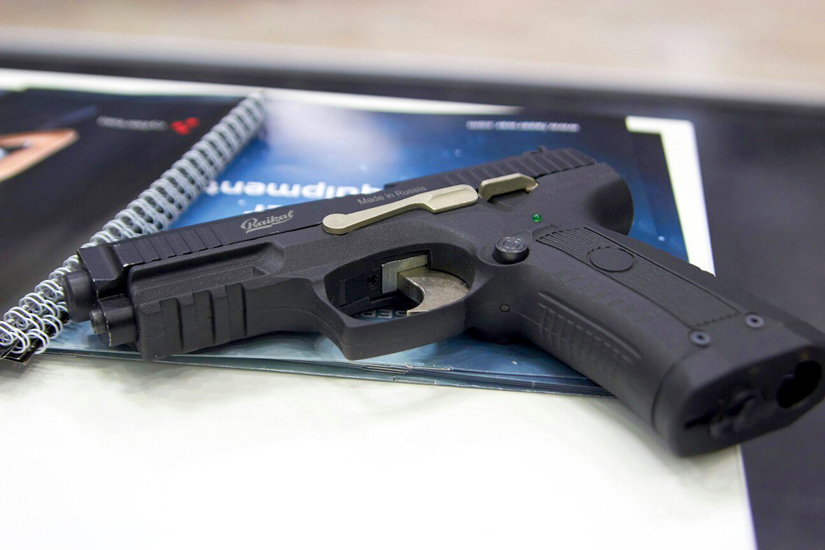 The older generation of the Europeans are slightly suspicious of weapons. This could be a result of the 20th century wars in Europe. Their suspicion changes to sincere interest only when they realize that this is just play equipment. 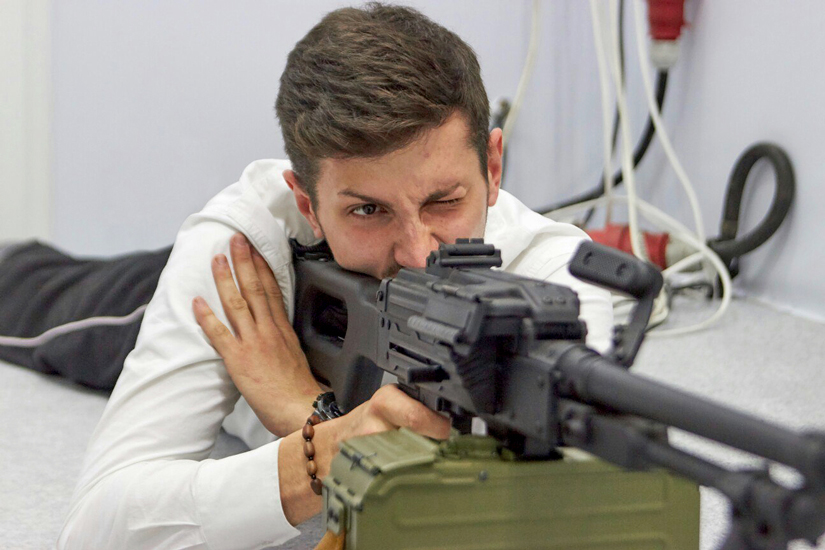 Russia is a world leader in outdoor laser tag, both in equipment production and in the number of game clubs. In Western countries, far from each million city has outdoor laser tag clubs. The notion of laser tag as a military tactical game and as a business is quite uncommon for the European market, yet the idea is truly fascinating. 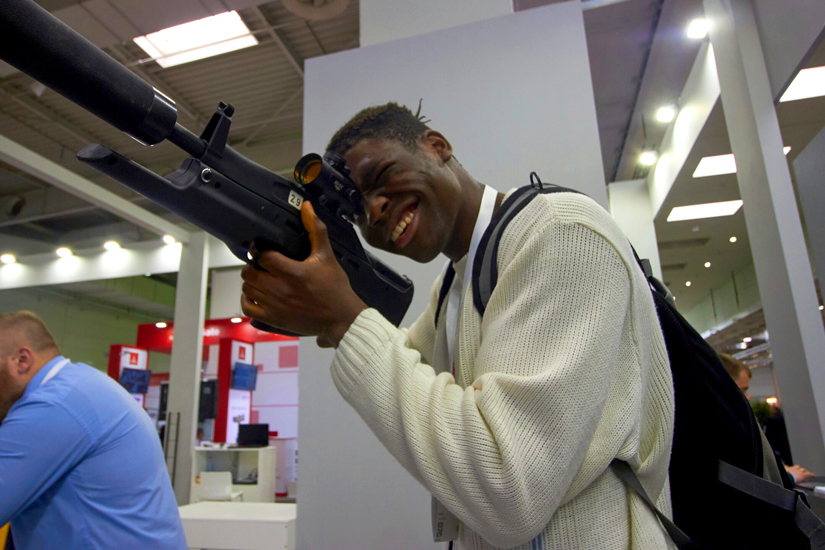 This is true not only about the Europeans. At the exhibition, we managed to schmooze and forge bonds with several countries, which we didn’t have a chance to come across at other international exhibitions until that time. 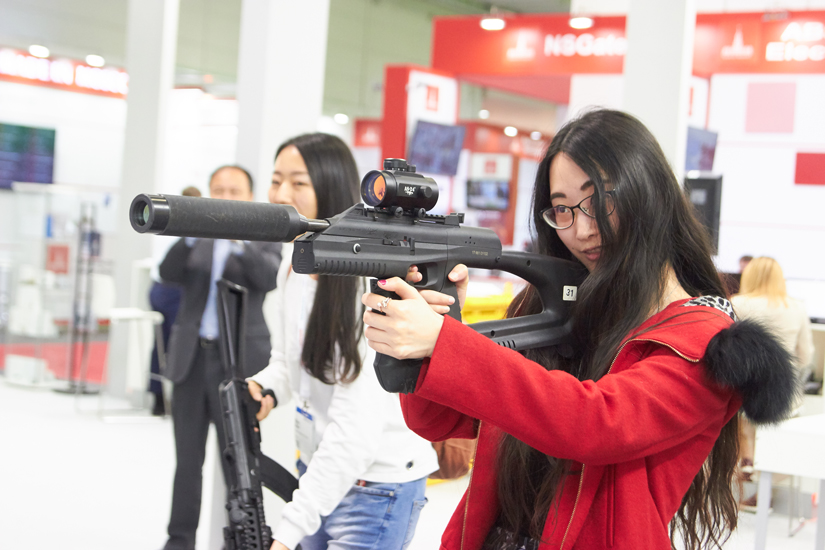 The visitors were sincerely interested in the realistic blasters with a special character. Everyone was offered a chance to fire at the target without any risk for the people around. 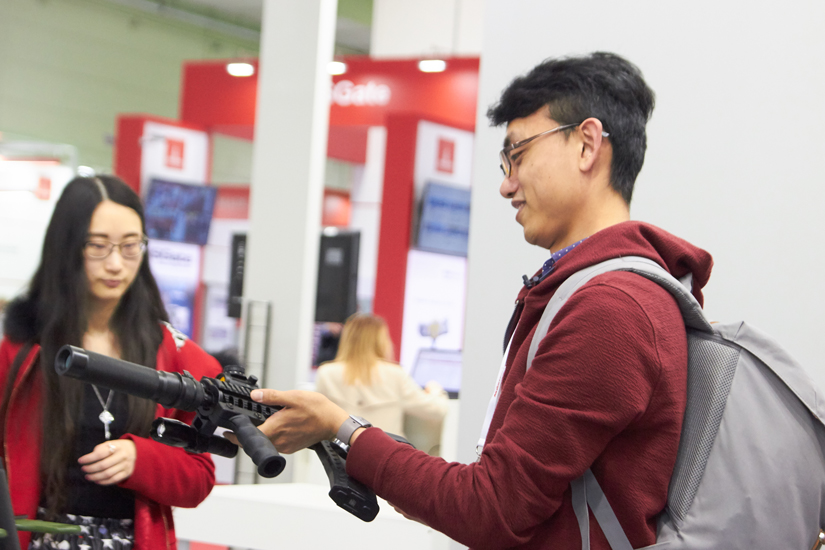 The influx of people was perhaps greater than during large specialized exhibitions of the entertainment industry. Against the whole background of industrial technological subject matter, ours was the only island concerned not only with technologies and production, but also with play equipment. Therefore, we were doomed to receive the guests’ attention. 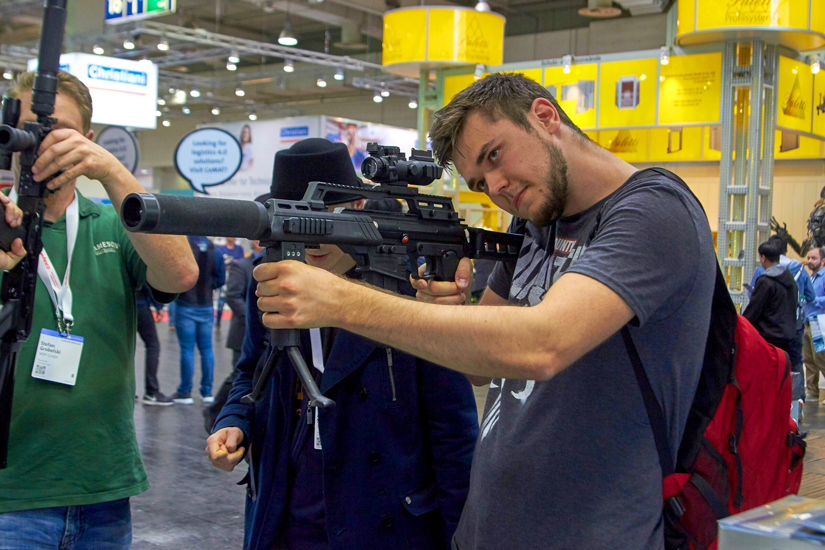 Unlike the elder generation, the children and the youth have a sincere and genuine interest in weapons. This is the main target audience of laser tag as a game and as a business. 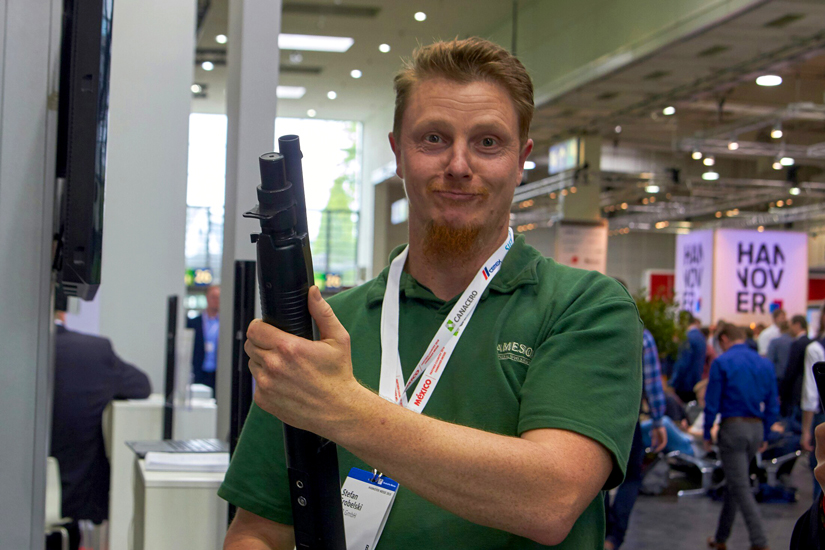 We, too, spent quality time as we studied modern technological inventions, new construction materials and wireless connection technologies. We are certainly going to apply many of those in our new developments. 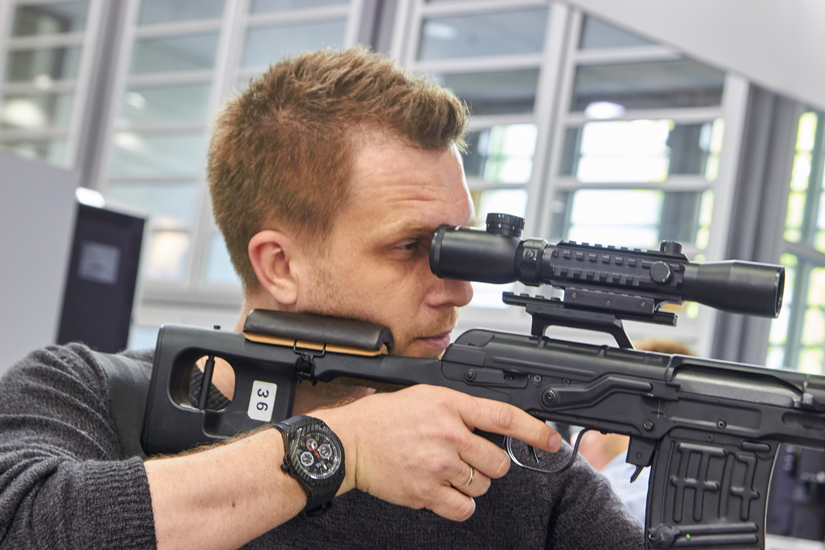 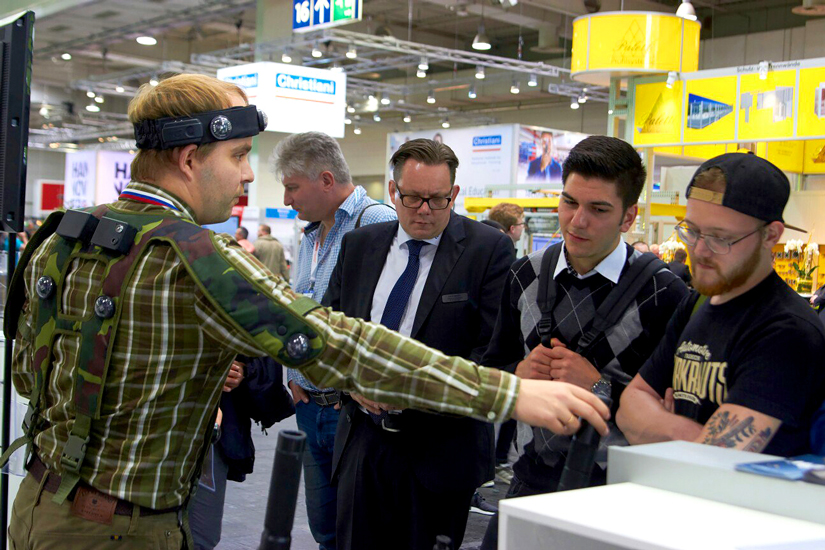 When equipment prices are read out aloud – a shadow of surprise is added to the interest. Due to the high exchange rates of Dollar and euro, the equipment prices are significantly lower than those of world competitors. Hence, our equipment is very competitive at the world market and keeps gaining footholds. 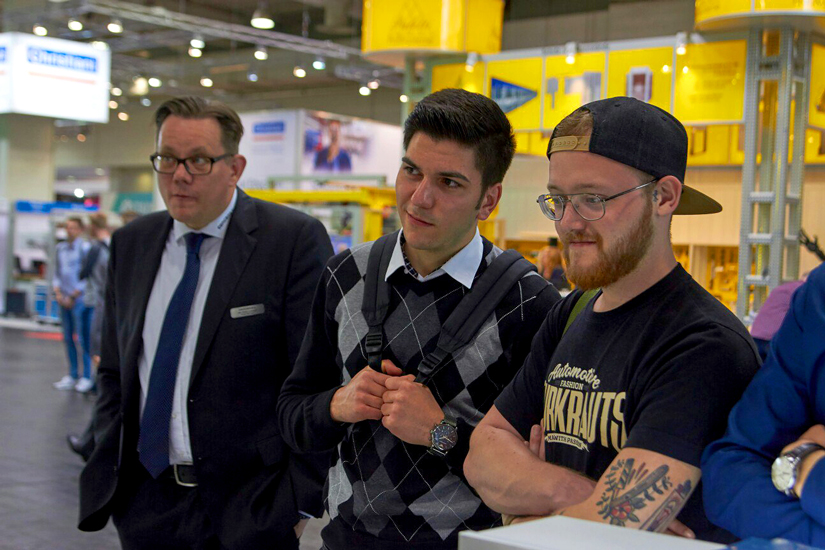 Several times during the exhibition, our stand appeared in the centre of attention both of the Russian and foreign mass media. During numerous TV interviews, we told that laser tag is a next generation tactical game, a game in reality that is just as captivating as virtual computer games. This game attracts millions of people all over the world. Laser tag clubs grow, develop and expand their activities and acquire additional infrastructure, thus turning into entertainment centres. 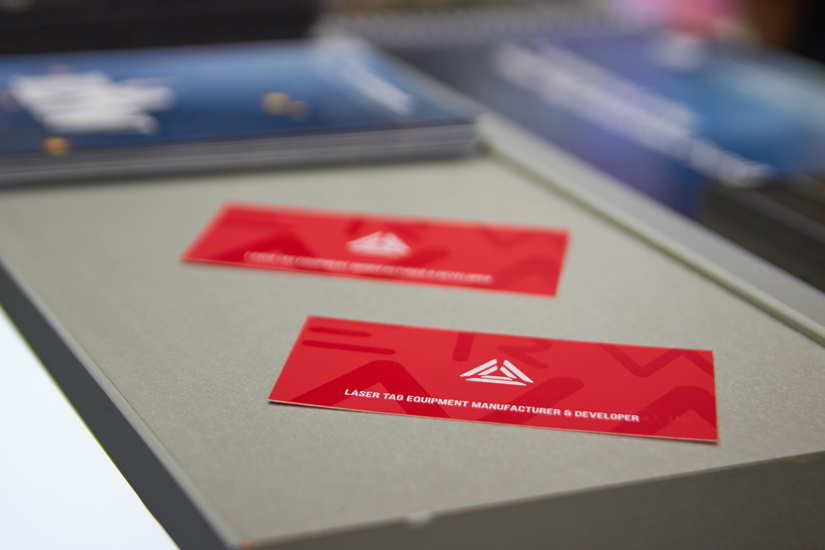 We hope that through our participation in the exhibition laser tag will become even more popular all over the world and that LASERWAR will become a reliable business partner for many and a synonym of reliability and quality of the laser tag equipment that is produced in Russia. The cooperation with the structures of small and medium business in Russia has been a great experience for us. We have studied the features of laser tag business in Europe and have decided on our new development trends. 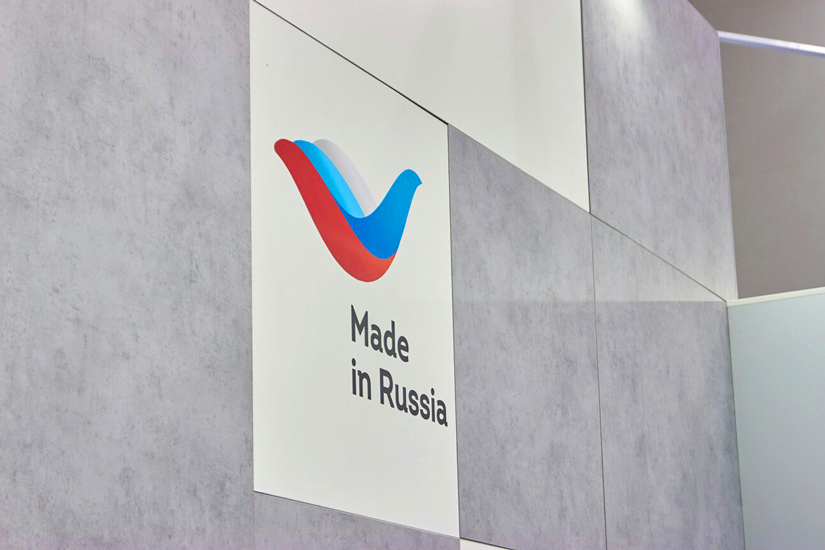 LASERWAR. Made in Russia. Works all over the world.