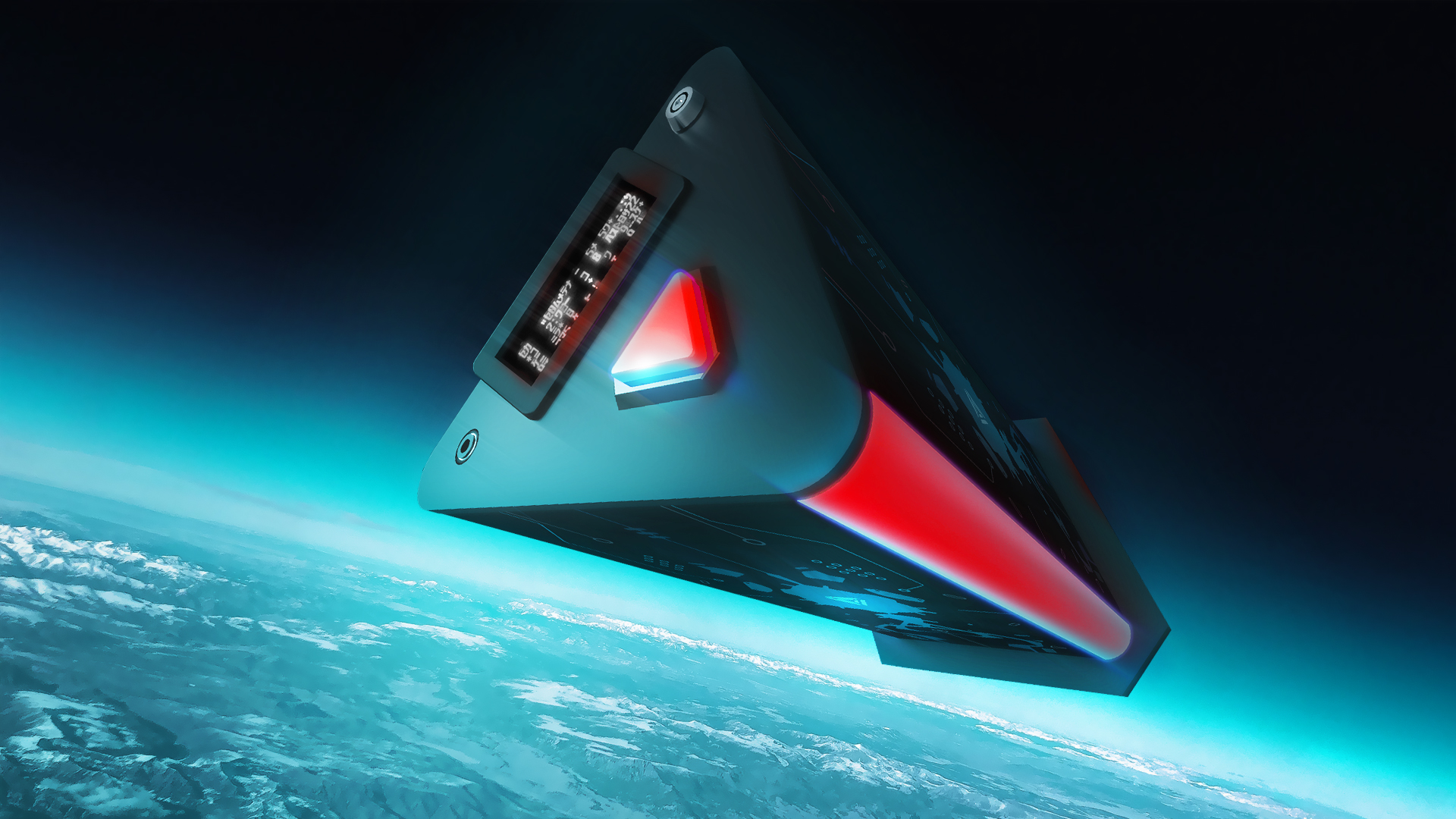 The Time Point device is unique in its own way if we combine the price availability, design and functionality. It represents a control point with 3 scenarios, digital flag design and price available to any club.

We received many request to publish a detailed description of the device, its settings and game scenarios.

The device has the following characteristics:

Big button on the top of the device, which is used in both game and set-up modes, is the main control.

At the top of the device there is a charging connector 8.4V. The standard Smart Li+ or Spider charger are used.

On the top cover there is a power switch. It is activated with an anti-vandal key, possessed by the administrator, to protect against accidental activation.

Loud speaker is located at the back, in the loudspeaker jack for clear, long-range sound that can be heard from a far distance.

On the side edges there are bright light indicators for displaying various game parameters.

Body is made of combined composite material providing increased strength.

3 unique game scenarios with the ability to add new ones.

Audio clues at all key points will guide the user.

3000mAh battery provides up to 8 hours of continuous operation.

Compatible with all laser tag generations from LASERWAR.

To enter the set-up section: after the device has been started, hold the button on top of the Point. Note that you should be in the scenario selection menu. The device will go into the set-up mode.

The first option: selecting Russian or English language support, the selection is made by a short tap on the button. Confirm the selection by pressing the button for a long time.

Round time option. The selection is performed by the main button, and the confirmation - by long press.

Number of lives option. The section is performed by the main button. Hold the button for a long time to confirm.

All actions in the set-up mode are duplicated by audible prompts.

After the start of the game, the timer on the OLED display starts counting down the time until the end of the round. The Point awaits the shot of one of the opposing teams. In this scenario up to 4 teams can play.
To hit the Point, press the button located on the upper part of the body and then within 5 seconds from the moment you press it, shoot directly into the same button. A hit will be counted and the holding time will start.
In case of capture by another team, a holding time for that team will start. The data of the last two teams who captured the device is shown simultaneously on the screen.
At the end of the round time, the device emits the color of the team that managed to hold it for the longest amount of time and waits for a reboot. To repeat the game with the same parameters you need to press the button

During the first start up, the Point expects to register teams. To do that, you need to shoot at the device with one of the teams' taggers (you can also use a remote by previously choosing the right color), after which one of the indicator strips will light up with the corresponding color. Next, select the second team by shooting from the tagger or using the remote. After selecting the team colors, start the round by pressing the central triangular button.
After that, the round countdown will begin. The players need to hit the device to start pumping time: "stealing" it from the opposing team. To do that, press the button and shoot at it holding the trigger for 5 seconds. The hit will be counted. Then the process of pumping out the time of the opposite team will begin. This process is clearly shown on the light indicators. The winning team is the one that pumps out all the time from the opponent or captures more time until the end of the round.
After the end of the round, the Point will flash with the color of the winning team. To reload the round, click on the button, a new round will start with the same team color settings. If you want to change the colors of teams, reload the Point, select this scenario and "repaint" the device with new colors of the teams.

At the beginning of the round the device waits for the color of the team holding the gate to be selected. Once the color is selected, the round will begin. The opposing team needs to destroy the gate during the round. The gate has a certain number of lives, one life is one shot. To defeat the gate, press the button at the top of the device and shoot at it holding the trigger for 5 seconds. The hit will be counted and one health point (life) will be deducted. The team that managed to destroy all the gate energy or save it during the round wins.
At the end of the round, it can be run again with the same team settings.