The Usage of SMART BATTLE BASE in Scenario Games 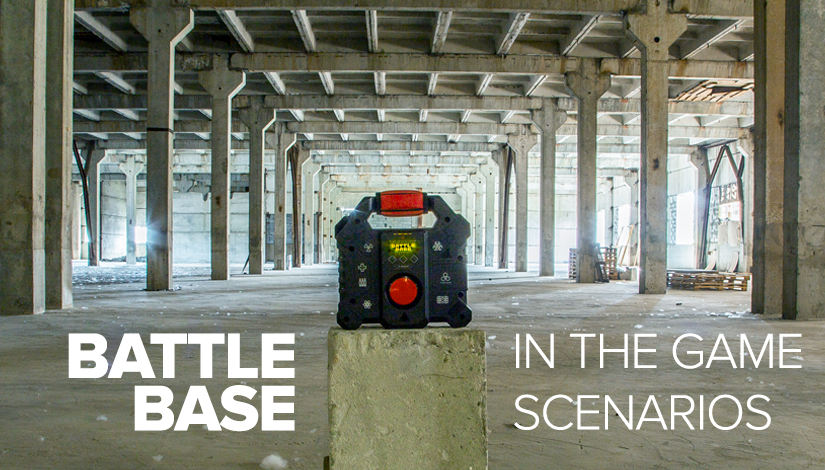 The scope of Battle Base application in the gameplay is very broad, thanks to the thought-out structure, impressive design and wide functionality of the device. 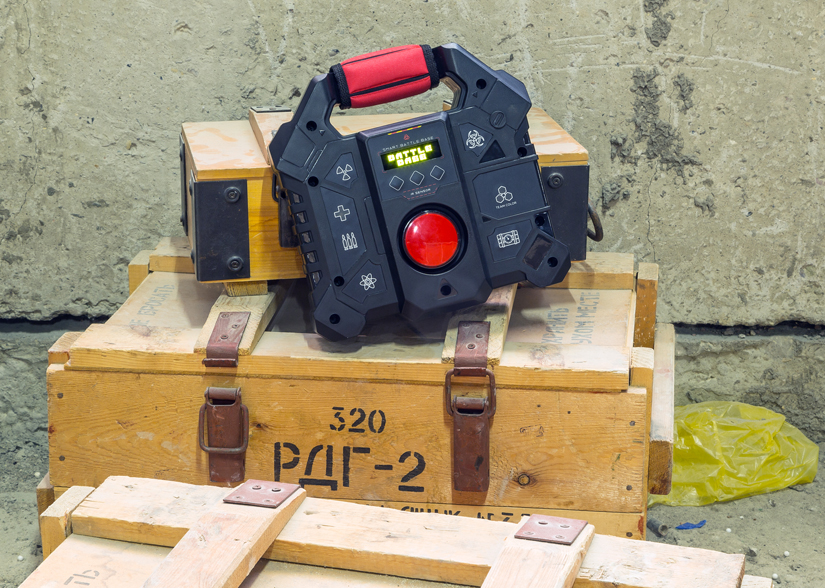 The design of the base provides the possibility of its mounting on the wall when used as a stationary device at respawns and teams’ bases. At the same time a convenient carrying handle allows you to use it as a mobile device — this option is also provided for by scenarios. 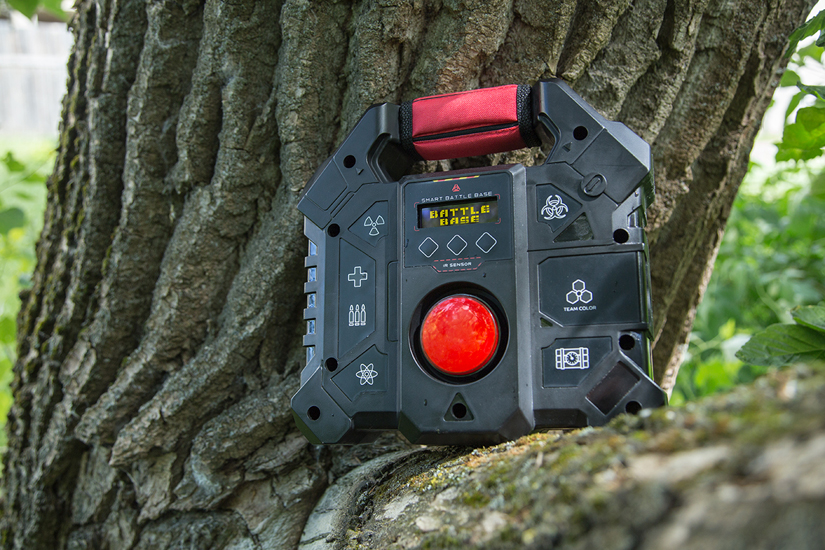 Thanks to a spectacular design and bright, well-visible indication of operating modes, Battle Base will look suitable not only during playing in the outdoor areas, but also in the game spaces of clubs, and a powerful sound system of the base will be perfectly audible in any conditions. 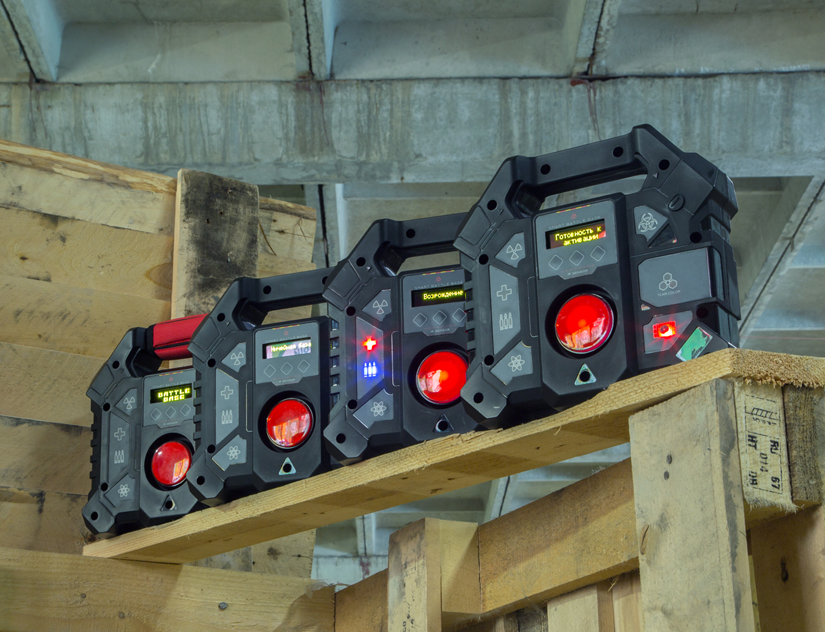 Let's consider in more detail the functionality incorporated into the base:

In this scenario, the «Battle base» emits a given impulse. The type of radiated pulses is set by the settings, or is selected randomly. In total 9 impulses are available: «Revival», «Medic», «Ammo», «High Fire Rate», «Double health», «Player Stun», «Disarmament», «Radiation», «Zombie». 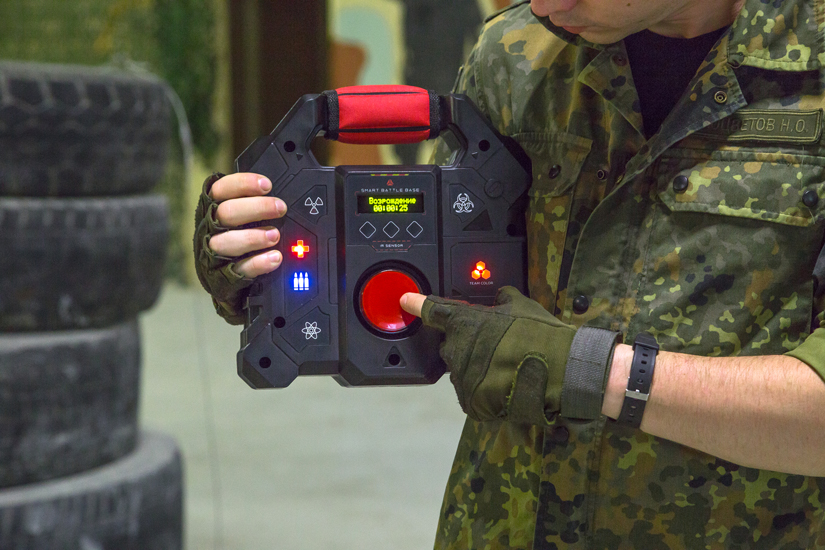 Initially, the base can be neutral or belong to one team. Scenario configuration can be set up to mode when the base owner is defined by the first shot. When base belongs to one party, color of its team is assigned to the emission in impulses «Revival», «Medic», «Ammo». In the configuration, you can also set the period and number of emitted impulses. 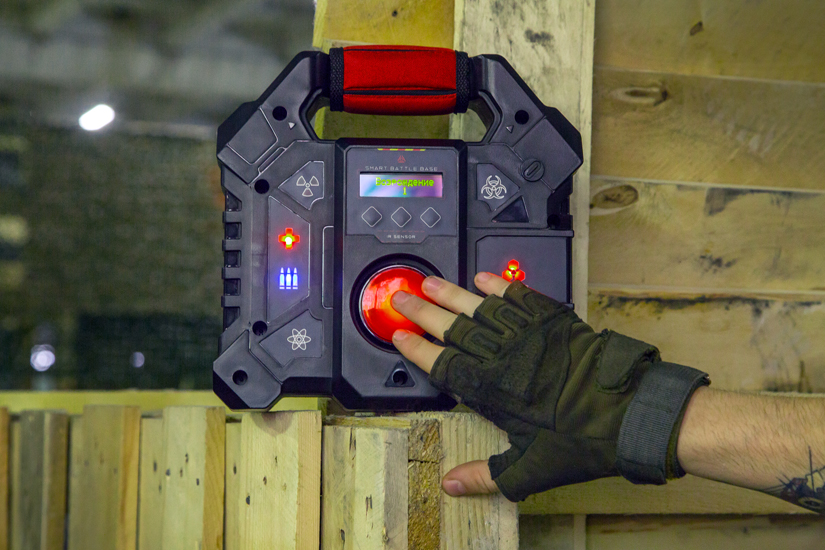 Three modes are provided for pulse activation: «Timer», «Button» and «Button+Timer». In the first case, the base will periodically emit a predetermined number of impulses. In the second case (Button) the player can trigger the emission of one impulse by pressing the button. In the third case, the base will send out a specified number of pulses after a preset period of time even after pressing the button. 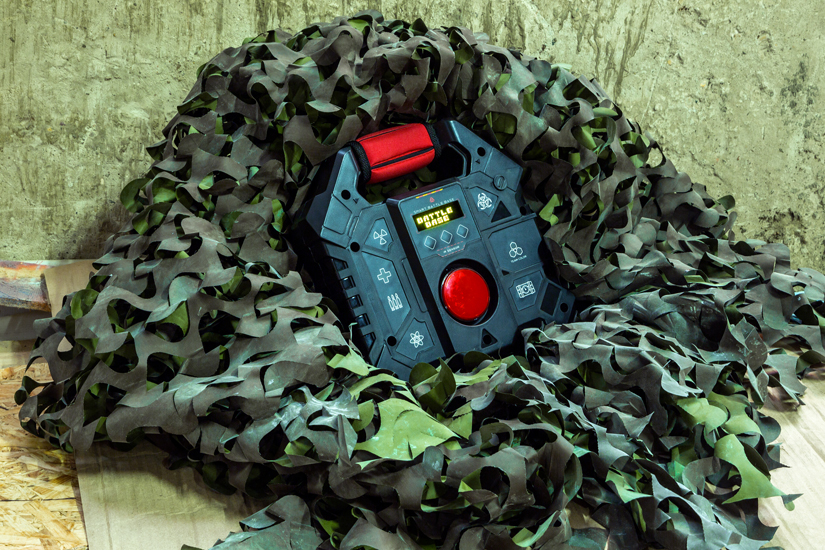 If base belongs to one team, the game with base destruction is available. In the configuration mode the points of strength, period of delay and recovery time are set. When firing at the opponent’s base, its points of strength are decreased by the number equal to the power of shot. If the base runs out of hit points it is considered to be destroyed, and the game is over. Radiation of impulses takes place only when the base has full volume of strength points. While playing with strength points, it is possible to turn on the emission of a radiation pulse after hitting the base.

The opportunity of separate adjustment of all scenario parameters gives a large range of available use cases. 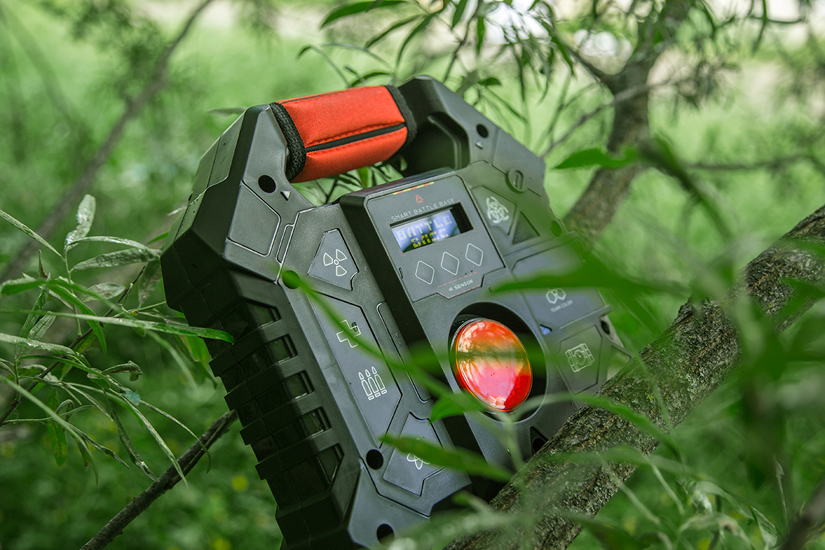 From the very beginning the checkpoint is neutral. The player initiates the takeover procedure by shooting the device. The capture time depends on the number of seizing players. The more players shoot at the device, the faster it is captured. The seized checkpoint can give out impulses «Revival», «Medic», «Ammo», «High Fire Rate», and «Double Health» supporting its team. It also could be configured to emit radiation pulse after hitting the device. А player of the enemy team should try to reassert control over the checkpoint. If a player of the opposing team began the capture procedure, а player of the owner team may prevent the seizing with a shot.

To win the game, the seizing team must hold the checkpoint for a given time. Its countdown begins after the first capture.

In this scenario, the device represents a bomb of a given type. There are 3 types of charge: High-explosive, Neutron and Biological. When a bomb detonates, the single impulse "Blow up the player" is given. Further, when the Neutron charge is triggered, a radiation impulse is periodically given with 25% of the damage power. When the biological container is activated, the device emits the «Zombie» pulse. Audio background, accompanying the explosion of a Neutron or Biological bomb, will not leave you indifferent. The clicking of the Geiger counter accompanying the radiation release is as impressive as the roar of a hungry zombie in the explosion of a biological container. 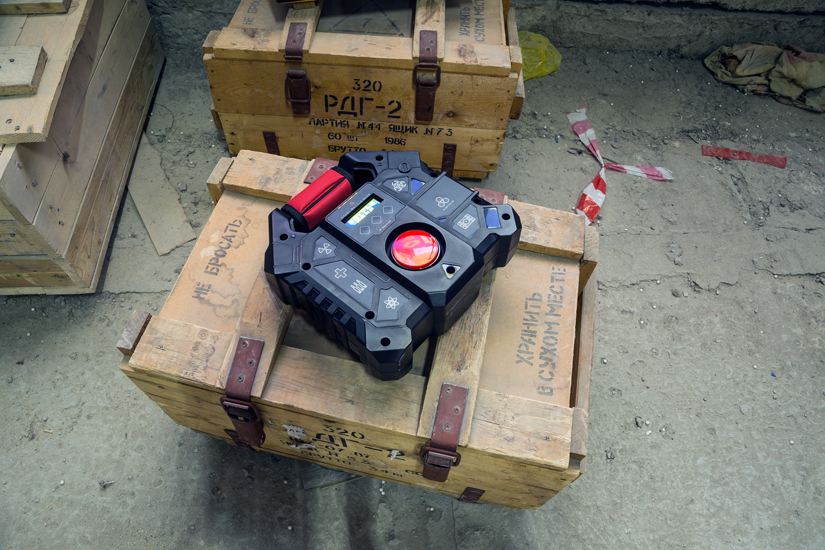 It is also possible to use the «anticheat» mode - the need to confirm the activation and / or deactivation of the bomb by a shot.

Depending on the scenario, the bomb not only can be installed as a stationary device, with the need to activate and deactivate it, but also can be used as a portable wearable charge for a sabotage group.

It is possible to use the «Combat Base» as a container for carrying radioactive or biologically dangerous substances, which should be delivered to the intended destination within the time set by timer. 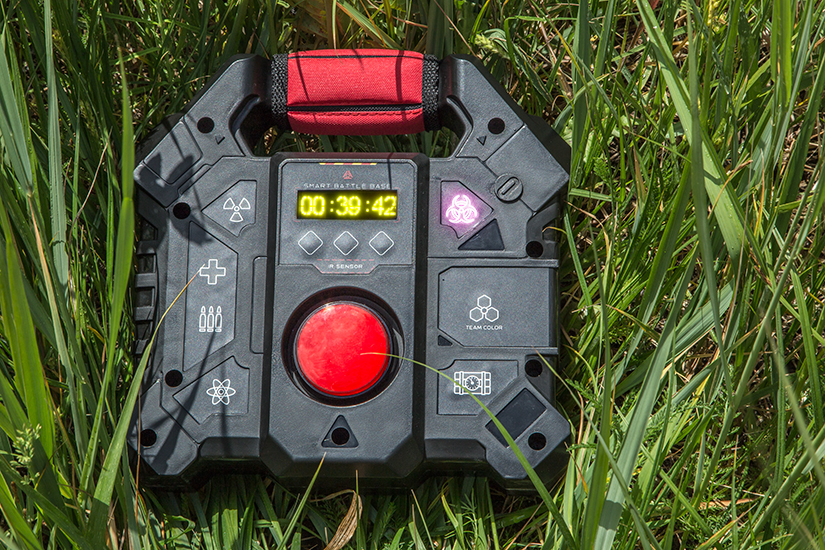 «Smart Battle Base» will undergo its «baptism of fire» on the International Laser tag Tournament - 2018, where four copies of the new device will be involved in the gameplay. In what capacity? It is a secret of the organizers. The participants of the ILT will be able to get acquainted with the capabilities of the device in combat conditions.

The scope of device scenarios is limited only by the imagination of the players. It is likely that the functionality of the "Battle Base" will be expanded as new requests show up, because LASERWAR always tries to take into account the wishes of users.

We are confident that you will find many more applications for the new device and it will take its rightful place in your arsenal. All technical features and characteristics of the "Battle base" you can find out on June 9 on the LASERWAR website.