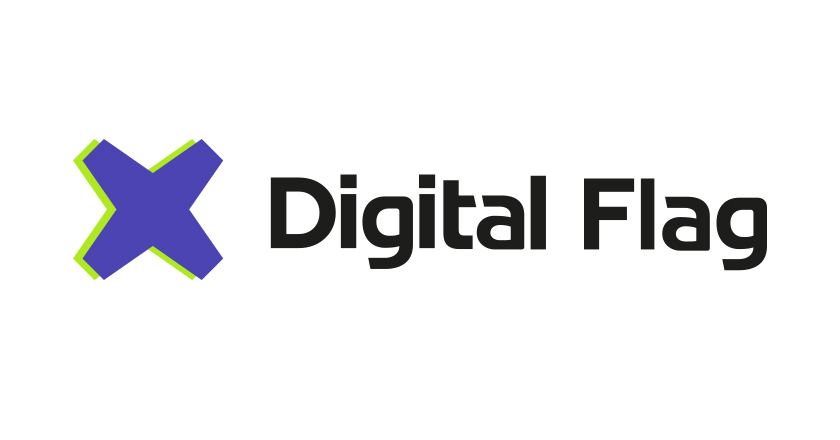 What is the advantage of laser tag over other types of military sports games? – Equipment and electronics. All game events are accurately processed with the electronics installed in the game sets. Shots, hits, statistics – laser tag fighters do not need to memorize data in their heads. The smart devices and software will do that task for them.

In device development, this advantage comes first. We think not only about appearance, convenience of use, reliability, but also about a uniform system of interaction of devices with each other.

In 2020, the first device among the upcoming products is the Digital Flag. A sparkling mixture of technology, branded X-design, easy set-up, impressive durability and operating time – all that awaits players and club managers. 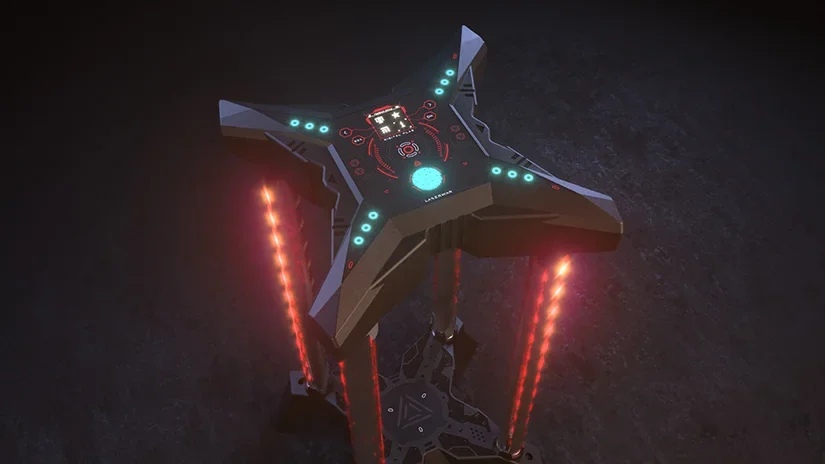 The device gives a new life to the "Capture the flag" scenario. No more running with a shaft in your hand. The capture of the virtual flag is now a simple and most importantly – error-free task.

When the player shoots at the device, his bandage starts flashing, showing that the fighter carries a tag – the Digital Flag. The owner of the tag must reach his flag and shoot at it to finish the round. In this case the device will announce the victory of the team with loud fanfares.

If the game objective is to score the maximum number of flags, the winner will be determined at the end of game time. If the opponent hits the tag carrier during the mission, the latter will lose the flag and the fight for capturing the flag will start anew.

In addition, the Digital Flag has 6 more scenarios that will please both beginners and experienced fighters. The device can serve as a player base, checkpoint and command post. One device – lots of possibilities. 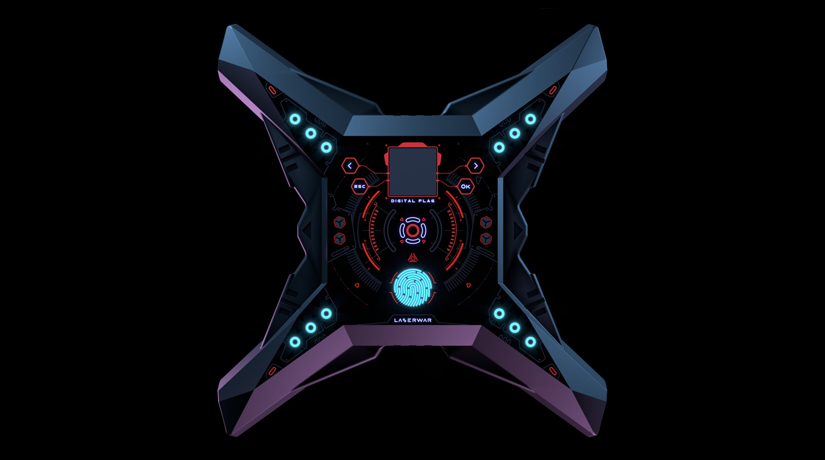 When developing a new device, we always pay attention to its appearance. But at the same time, the design is always linked to functionality and tasks.

For the manufacture of the Flag body our engineers used a special impact resistant plastic with high viscosity. Thanks to that, the device is durable, resistant to shocks and falls. The device has an impressive size which creates a sense of brutality and reliability. The strict black colour contrasts favorably with the colourful LED backlight.

The Digital Flag is placed on a branded X-support with legs. The device is lifted above the ground so that after the game the instructor could comfortably clean it from dirt and dust.

Let's continue. The game set has a bright backlight, which is located inside four vertical poles. The tubes on the ribs of the device are made of durable polycarbonate, they will not crack or break even in heavy operating conditions. 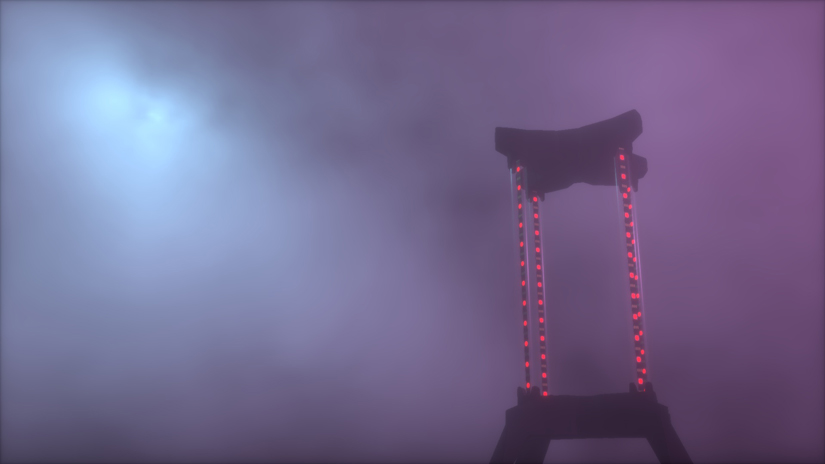 The main task of the backlight is to correctly identify the status. It shows woo has captured the Flag, what is the current state of the device, when the round is over. The backlight can be seen from any angle and does not allow for ambiguous interpretations. Bad weather and darkness will not threaten the game: the Flag will be the light that will lead the fighters to victory.

The icing on the cake is the top panel. The same branded X-design seamlessly supports the outer structure of the lower platform. The backlight is located on top (separate for buttons and corners) together with the control buttons and display. The digital panel also houses 12 LEDs that show hits, radiation release or anomaly. In addition to the side backlight, 100% information can also be seen on the top panel. 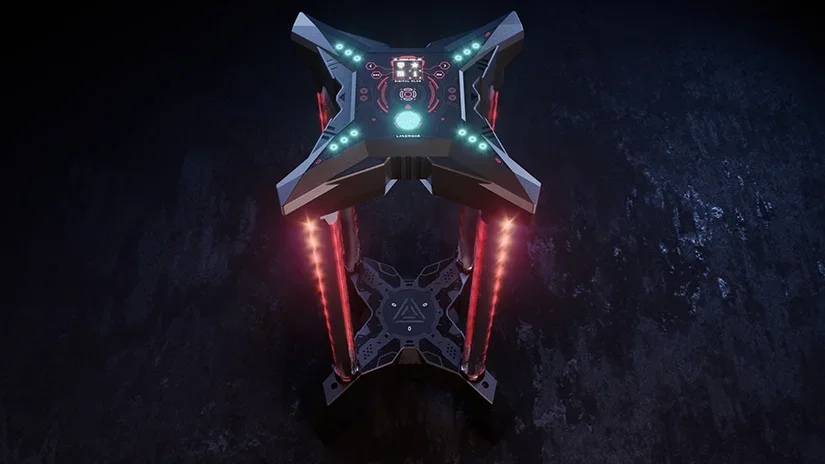 Let's go from general descriptions to details. Inside the device is fully packed with advanced technologies.

Battery. The advanced display system requires a high-capacity battery. And we made sure that the device stays in the game as long as possible. The body of the game set was designed to accommodate a truly powerful battery. The 8,800mAh lithium battery provides at least twelve hours of continuous play. The battery can withstand severe cold to -30 °C and heat up to +50 °C, so you can play with the Digital Flag in any weather.

Loudspeaker. The Digital Flag is not only visible, but also audible from afar. The speaker produces sound at 16 bits and a frequency of 44 kHz, which is comparable in quality to a digital file format MP3. The 3-Watt amplifier provides impressive loudness. It is up to you to decide whether to increase or decrease this parameter. The adjustment in a few clicks will take a couple of seconds. All audio effects are recorded and digitized in a professional studio. It makes the Flag sound incredibly realistic.

OLED display. All information about Flag settings is shown on a high quality 1.5-inch WaveShare OLED display. The high resolution of 128x128 pixels and a viewing angle of more than 160 degrees guarantee a sharp and vivid image. The display does not glare in the sun, ensuring a comfortable game at any time of day.

Sensor button. In the Digital Flag, the usual mechanical activation button was replaced by a modern touch button. Depending on the scenario, it also recovers hp or replenishes ammo.

The thick glass covering the mechanism is highly sensitive. You will not have to waste valuable game time – the button is triggered instantly when your fingers approach it. The sensor can handle more than 600,000 touches, so the button will retain its function even after thousands of games. 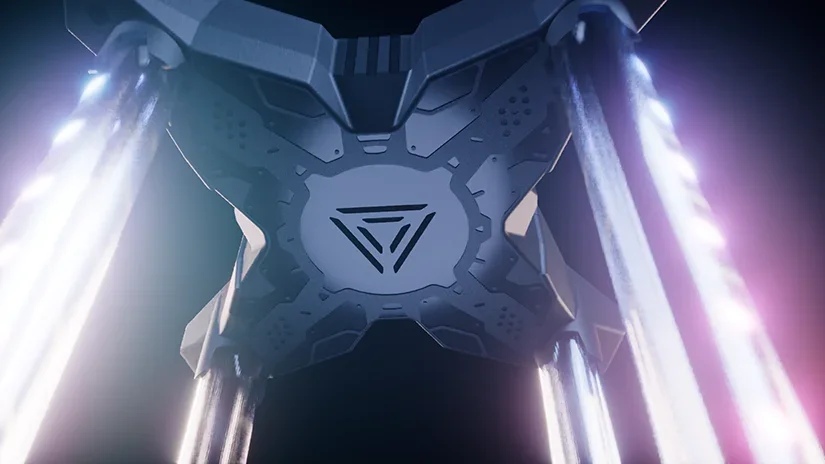 The Digital Flag will be suitable for large scenario games designed for hundreds of fighters as well as for a small children's party at a laser tag club. Setup, interaction, and clear indication – the Digital Flag absorbed the best solutions from the point of both instructor and player.

Smart hit detection system. The Flag hit system is designed so that the device can only be fired at close range. The players will have to show dexterity and skill to get to the Digital Flag and capture it. Shots from the hideouts will not bring results, which means you will have a dynamic and exciting confrontation.

Easy setup. The Digital Flag can be controlled with four buttons. The tactical buttons are tactile – the user will correlate his actions with the device's response. This is a more familiar and understandable way for many players.

Suitable for all generations. It doesn't matter what generation of equipment you play with. Nine, eight, earlier versions – the Digital Flag will befriend any equipment version and expand gaming opportunities.

The Digital Flag combined the best of the additional devices produced by LASERWAR. It is a universal indication and capture device like no other on the market. its functionality, design, customization and application capabilities make the Flag a truly unique game set. The device will be a decoration of any laser tag game and will make a stunning impression on the customers of your rental club. Purchase the device now in our online store.