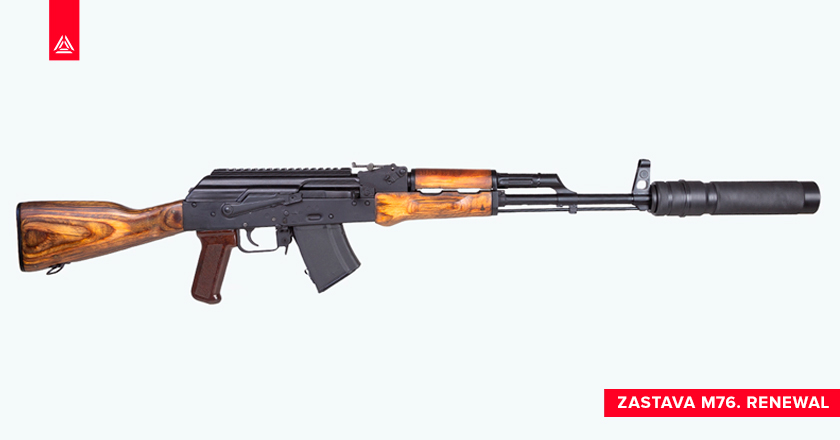 LASERWAR is resuming the production of the М-76 ZASTAVA game set at a new level. Now we take the VPO-911 as the basis of the tagger - a mass-dimensional model, which used to be a real assault rifle. It's +100 to the reliability and authenticity of the weapon. The base was changed, the tagger became part of the "STEEL" series and is recommended not only for personal use, but also for rental clubs. The warranty period for the model is as extended as for the entire "iron" series.

The reloading and activation of the new "Zastava" became closer to its combat analogue. The tagger is activated by the fire mode switch. Use the bolt to reload the weapon. No adapter is needed to install the optical or collimator sight - there is a Picatinny rail on the receiver lid.

The optimal range of 250 meters with Prism optics can be increased up to 400 meters using the Parallax optical system. The cost of the new product will be 460 dollars, and you can buy it in the LASERWAR on-line store now. The season of active games begins, and the steel "Zastava" will not be superfluous in your arsenal.