THE “ORIGINAL” FN MINIMI “ESCADRON”. UPDATED AND AVAILABLE FOR ORDER 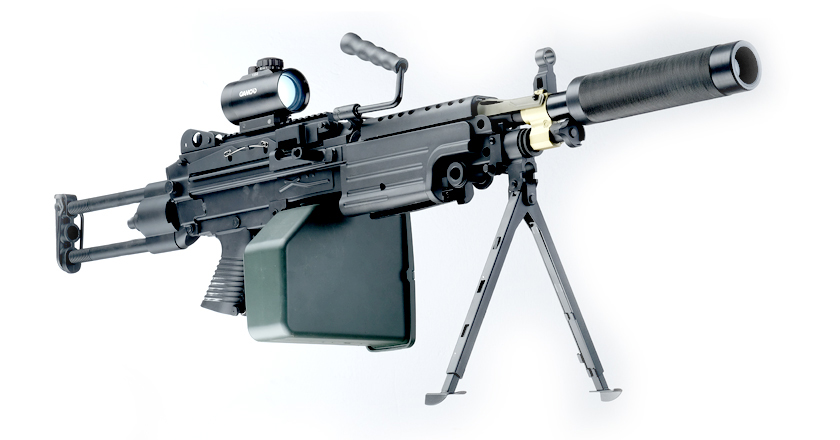 Engineers of LASERWAR Company are not only responsible for the design and production of new laser tag weapon models but for the updating of existing game-sets.

One of such “veterans” is the “ORIGINAL” FN Minimi “ESCADRON”. We have chosen this model to be the first in the 2016 equipment update series.

The tagger is no longer reloaded by pressing the traditional button on the magazine, - this operation is now performed by means of the bolt. It should be noted that the design and quality of the bolt allows a hundred, not to say, a thousand reloading operations.

The maintainability of the set has also been advanced: the electronics is now fitted in the body, the loudspeaker is conveniently embedded into the casket magazine.

The other features of the Minimi FN remain the same: lithium battery of 2,2 Ah serves as power supply and provides up to 30 hours of autonomous operation.

The gun has collapsible bipods and an open barrel sight. The optimal firing range is 250 m.

But the main thing is the price! The price has not gone up since the previous year and starts at 30,7000 roubles.