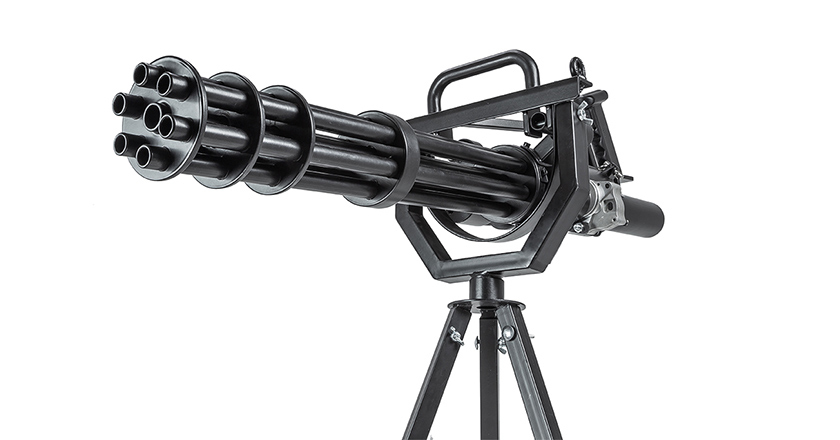 The LASERWAR arsenal has been replenished with heavy weapons.

The "Minigun M134" machine gun, which was introduced to the U.S. Army in 1960, is still a very effective fire support weapon aboard attack and airborne transport helicopters. The high rate of fire, achieved by using a 7.62 mm rotating barrel assembly, provides it with a fire density of up to 6,000 rounds per minute. The use of the Gatling circuit avoids overheating of the barrels and increases the reload speed at high firing rates.

This very spectacular weapon found its use in the cinema - in the second part of the "Terminator" the cyborg arranges a massacre of a police detachment, destroying cars to pieces. The scene from the movie "The Predator" is just as spectacular, but in reality it will be difficult for you to repeat the exploits of superheroes - the weight of the weapon, even without the necessary batteries, is more than two dozen kilograms, and the recoil at this rate of fire will just blow the shooter off his feet. A more convenient option, turret shooting, allows the machine gunner to dominate the playground.

The LASERWAR's specialists worked on a "minigun-134" (the weapon chosen for integration purposes) strikeball replica on a turret tripod and the result was impressive. Such a device will decorate any playground and will allow you to play a lot of exciting scenarios. Let's take a closer look at it. 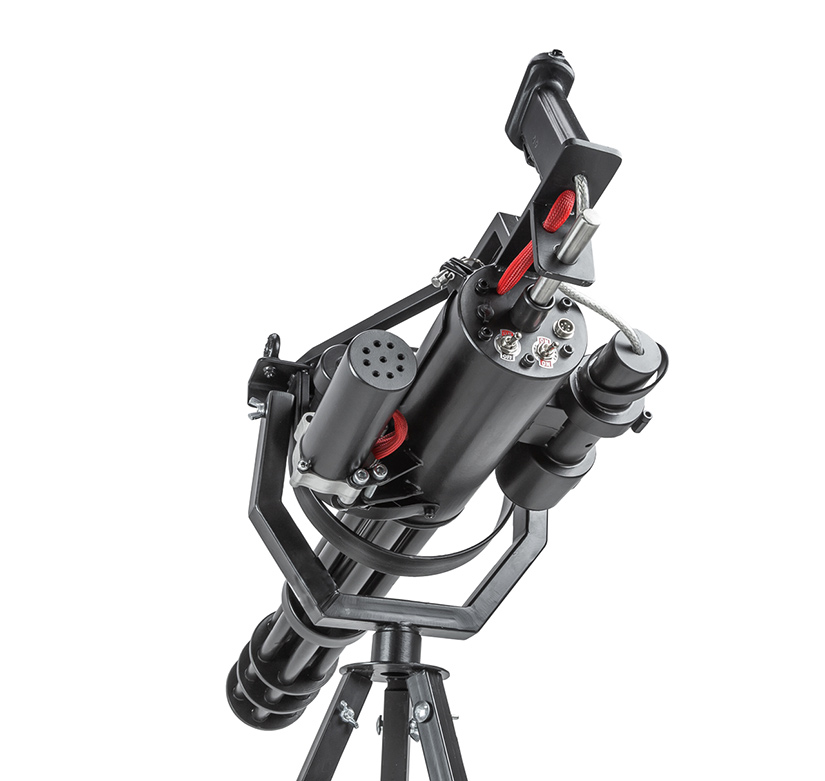 The impressive giant weighing two dozen kilograms is made almost entirely of steel alloys with a minimum of plastic parts. Only the barrel drive gearbox housing and battery cover are made of light alloy metals.

The machine gun's electronics is stationary, without any binding to the player's headband. The machine gun ribbon has a capacity of 1,000 rounds, which, with a mortgaged rate of fire of 1,500 rounds per minute, will allow for a continuous fire of about 40 seconds, after which a 30-second reload cycle will be required. This forces the player to pay attention to the ammunition.

The two in-built speakers will ensure a high-quality sound, with one of the speakers facing the player for a better sound, as the rotating barrels make a specific noise when shooting.

The rotation of the barrels leads to considerable energy consumption, so the machine gun is powered by separate sources. A separate 3 Ah lithium battery provides power to the control electronics, and the mechanics can be powered by either an integrated additional battery or an external power supply.

The main battery charging socket for the Li+ charger is located at the end of the gun under the handle, as well as the external power supply socket. 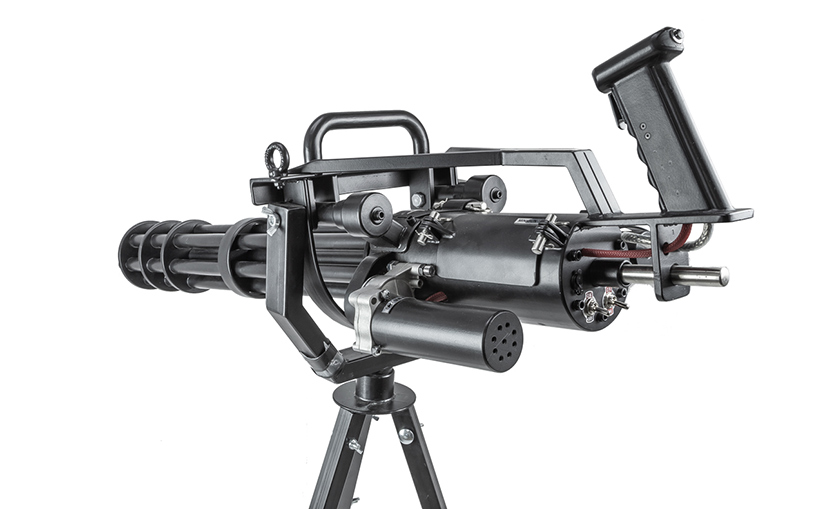 1. Middle position - off (the barrels do not rotate, but the shooting electronics are working).

2. Top position - a barrel rotation from the integrated additional battery.

3. Low position - a barrel rotation from an external power supply.

The firing key located in the machine gun handle under the index finger is two-position. A light press starts the barrels rotating, press harder to turn the firing mode on. When there are no more cartridges in the ribbon, press the button under your thumb to reload the machine gun, but remember, the reload cycle lasts for 30 seconds and at the same time you can only fire with your own weapon.

The submachine gun is already available for purchase in the on-line shop and can be used to replenish your club's arsenal. The cost of the new device is 2000 dollars. The produced WOW-effect is just priceless! The weapon will become your fire-power and give realism to your activities. Have a good aim and a good game!