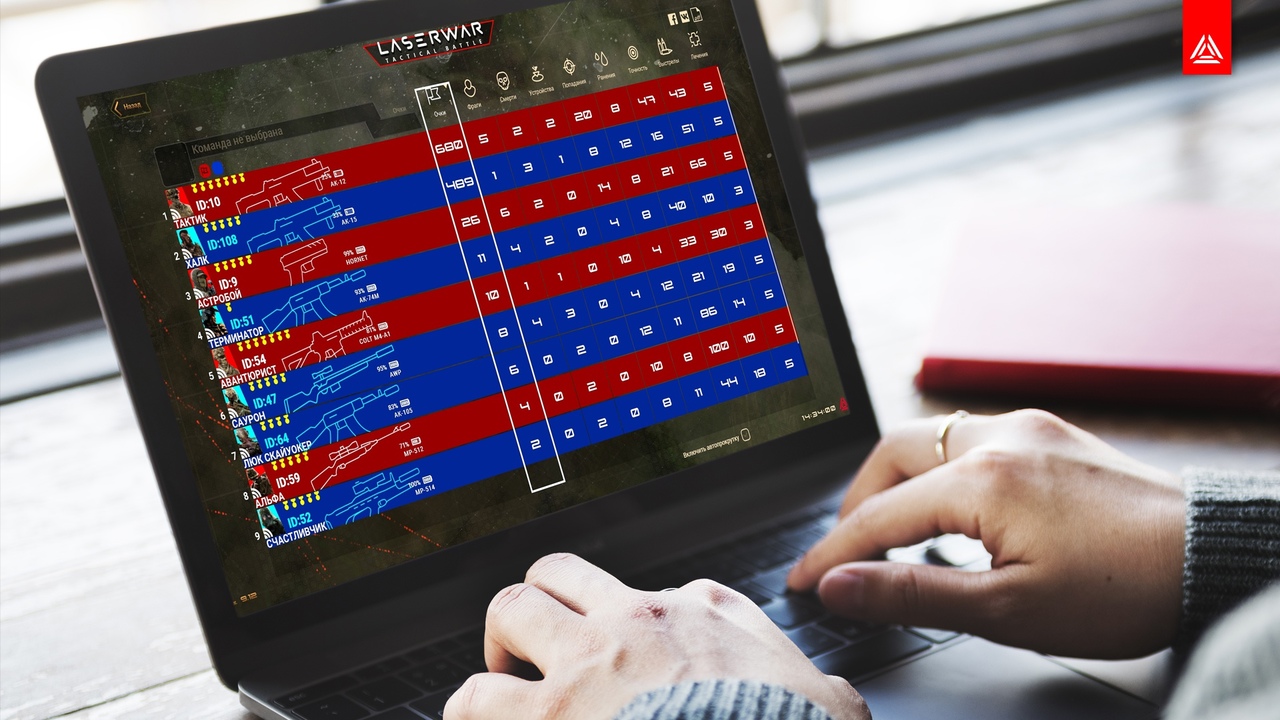 The new version of the programme introduces two sets of changes. The first set deals with the scoring of points for interaction with arena game devices - Digital Flag, Control Points, IGBs.

We changed the scoring for capturing the Digital Flag in certain scenarios. For example, in the Digital Flag scenario, points were awarded for raising the opponent's flag regardless of whether the player was killed en route to his base. The points were still counted. In this scenario, points are now awarded to the player and team only if the player has brought the opponent's flag to his base (i.e. made a full capture). We are for fair play!

In scenarios with a "device capture" (Flag Control, Confrontation, Outpost, Hospital, Arsenal) points are now awarded for the capture (points range from 1 to 199 per minute). The scoring is not done all the time, but every 10 seconds or so, so that the software does not overload or glitch on weak PCs or tablets.

Due to the fact that it will soon be possible to add not only the Digital Flag but also Control Points and IGBs to the online game, the "Captures" column has been renamed to "Devices" in the statistics (In the "Last Game" section and the pdf file). It will take into account all actions with all devices (so far we have four such actions - capture, hold, install, destroy).

The second set of changes relates to the update of the tagger firmware to version 10.4.7.5

An additional feature has been added to the new tagger firmware at the request of one of our customers. We were asked to make a mode where players would have their health points taken away little by little at the start of the game (this was to help combat players who were constantly sitting in ambush and not active on the playground). The idea seemed worthwhile and a feature called "Infection" was added to the firmware. When it is active, the player periodically begins to lose health after the start of the game.

Settings for this parameter have been added in the Weapon specifications section:

The "infection" can ONLY be treated with the commands "Bandage" (0x8323E8) and "First aid kit" (0x8B..E8). Other commands: reanimation, new game, double health, start game, add health points will have NO effect on the "infection"! If a player is cured during the round, but is then killed, he will be infected again after being revived.

The option to activate/deactivate the "infection" has been added to the scenario settings menu. It is switched off by default in the standard scenarios. Three new scenarios have been added: Contamination, Pandemic and Paragraph 78. The infection is switched on by default in them. The scenarios differ in the number of teams playing: Contamination - 2 teams, Pandemic - 4 teams, Paragraph 78 - 1 team.

The new firmware fixes a bug that was noticed by our customers: in multiplayer, if you applied the "Double life left in the round" (0x8322E8) command to the killed player, he would be able to shoot and hit opponents while being killed. There was nothing that could be done with him - he was already dead. He was a sort of "zombie".

A lot of work has also been done to solve the issue of taggers ending the round prematurely in online play (the taggers announced the end of the round and quit the game). We have also found bugs, fixed the software and conducted a series of field tests at operating laser tag clubs.

We continue our task on connecting new devices to the arena software. Please wait for new releases. We are waiting for your suggestions.