Laser tag instead of rabbits. Interview with the Area077 rental club 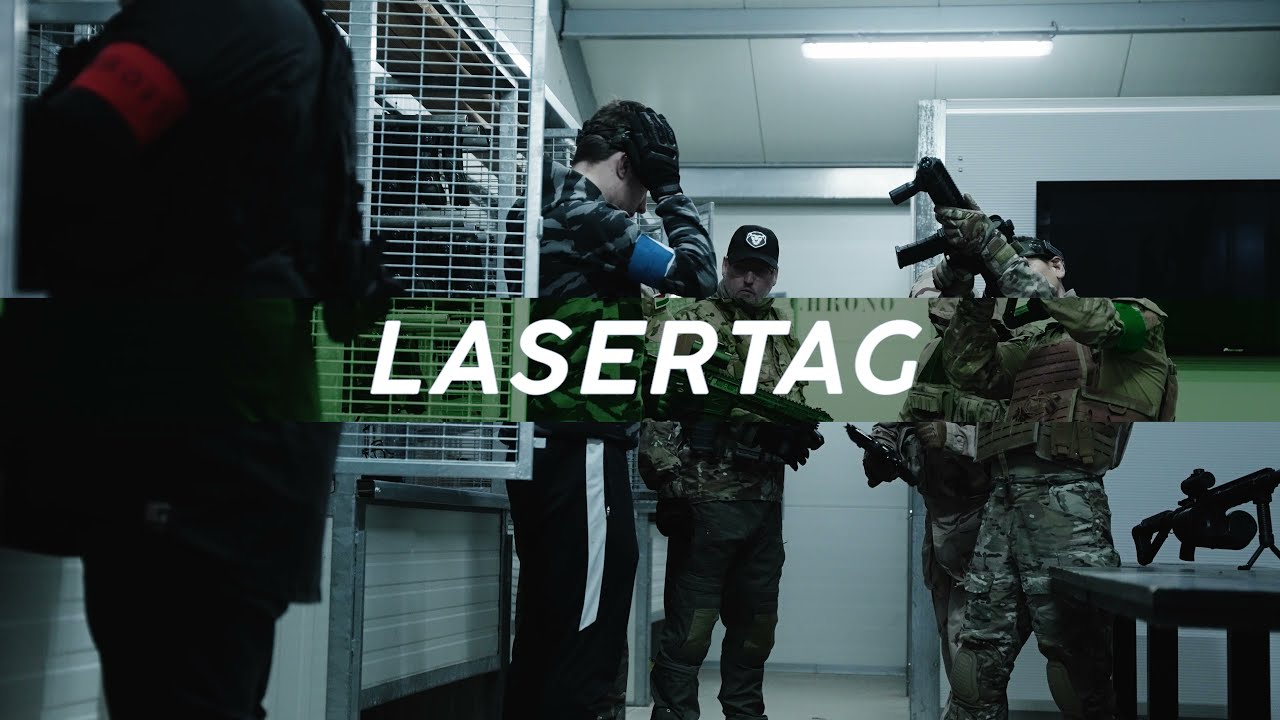 LASERWAR has one more customer in the Netherlands. Our laser tag equipment was purchased by a club from Venlo. Its owner, Peter van Eyck, tells our editorial team why he decided to go into the rental business instead of breeding rabbits.

The farm turns... into a playground

Peter van Eyck and his wife Esther had been rabbit breeders for over a decade. All was going well until there was an outbreak of disease on the farm that killed many animals.

- We realized we didn't want to go through something like that again and decided to change course, Peter explains. - Then we wondered what could be done with our land and premises. We learnt about strikeball by chance. It seemed like something special to us, so we decided to turn the livestock farm into a playground.

The family had no money for expensive repairs, so they had to use whatever materials were available.

- I built a playground out of all the junk we had left over from the farm, laughs the former farmer. - I also used things I could get cheap or free of charge. So, the basement of the barn was converted into an underground bunker. Trenches of old tires were made in the field, some old shipping containers and cars were installed. It turned out super cool and the players loved it.

After a year of hard work, an elaborate CQB playground appeared where the rabbits lived. The club opened in June 2019 and is called Area077. 077 is the number for the Venlo city.

The playground is only a ten-minute drive from downtown. "The Netherlands is only 300 km long and 200 km wide, so players from all over the country came to us. It's very convenient that they don't have to travel long distances," notes Peter.

There is an indoor arena measuring around 2,200 sq. m and an equally sized playground in the open. There is a bar on site selling drinks and snacks. Companies coming for the whole day can order lunch.

- We mainly use the playground as one big field, but occasionally we divide it into zones so that two groups of guests can play at the same time, explains the owner. - We also have a small shop which is only open when games are held. We sell strikeball accessories and several models of air guns.

In quest for an ideal game

The business started to sky rocket pretty quickly. The strikeball club was gaining popularity, and soon it was fully booked every weekend.

- At the same time, we noticed that many people are hesitant to come because they are afraid of the pain, recalls the interlocutor. - So we thought laser tag would be a good addition in order to get more income from the playground.

Another advantage of laser tag is that, according to local laws, there are no age limits. Strikeball, on the other hand, can only be played from the age of 18.

- I was about to order equipment from another manufacturer, but then I saw LASERWAR products on the Web, the man continues. - The realism of your game sets appealed to me more than the toy guns I had seen from your competitors. Russia is so far away from us. So, I pondered for a few days before ordering. And yet in the end I chose LASERWAR.

Peter purchased 40 taggers - Warrior, Ranger, Phoenix, Hornet, Ghost and Berserk - as well as headbands. Everything is running on Alphatag electronics. And a whole batch of additional equipment: consoles, chargers, Digital Flag, Smart battle base, Trinity grenade. The result is a complete arsenal that will cover the club's basic start-up needs.

- Although there is no age limit for laser tag in our country, we focus on realism and therefore only provide services to guests over the age of 14, says the Dutchman. - We don't think adults like playing with screaming kids. We want to gather a group of regular players and also hold games for larger groups - stag/hen parties, friendly gatherings, family parties, etc.

Laser tag is prevalent in Holland, and Area077's services are unique in their own way. The club owners hope that this will have a positive impact on the success of the project. They are now actively promoting a new direction. They made a promotional video (see it at the beginning of the article), added information about laser tag to the official website and ran an advertising campaign on social media. The first games are scheduled for early February.

- The plan is to learn laser tag step by step and make the most of it, says Peter. - In the future, I want to try organizing large-scale laser tag events outdoors. This has never happened in our small country.