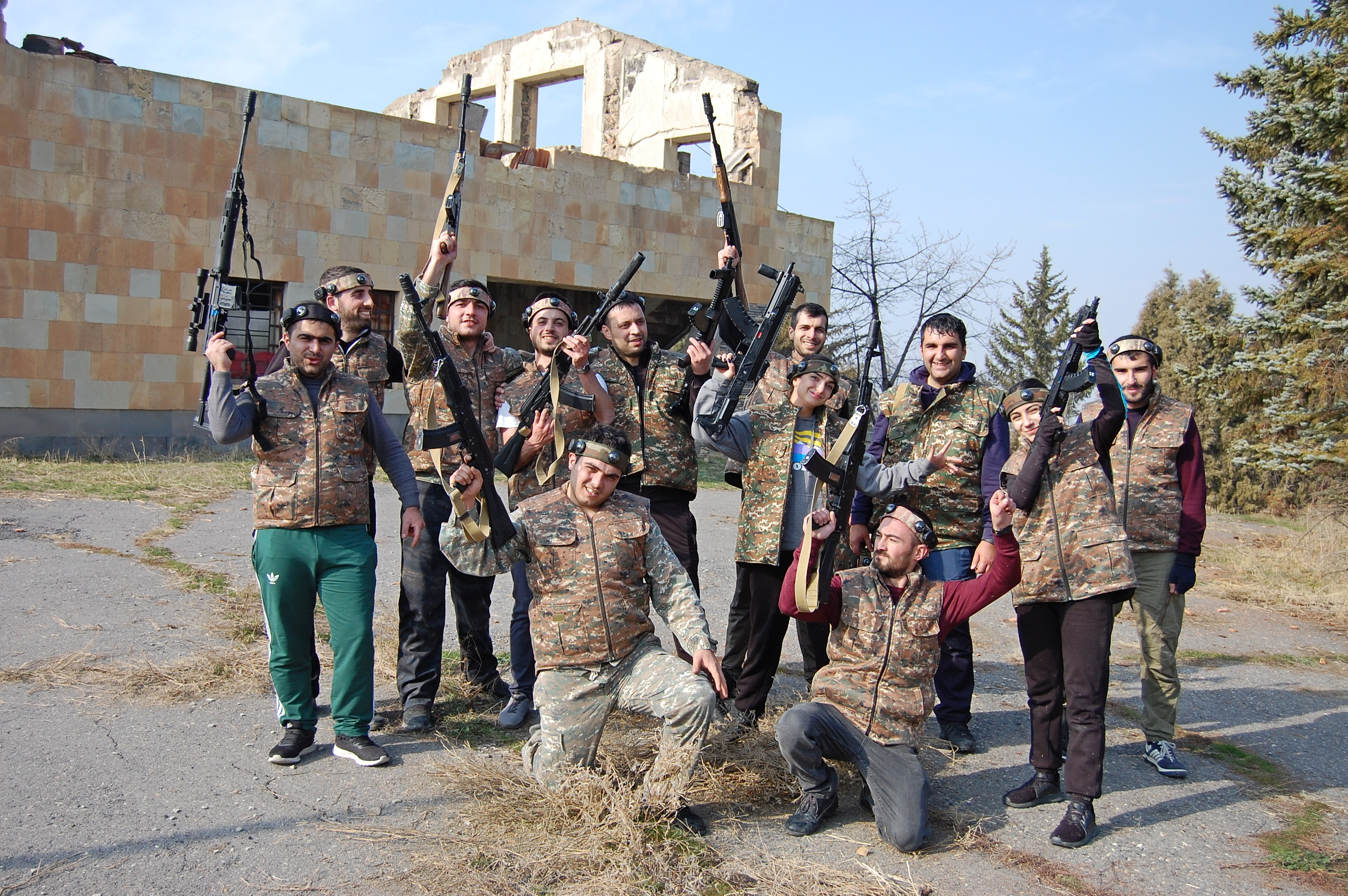 A large-scale laser tag event for employees of IT businesses was organized in Armenia in October-November 2021. It was organized by our long-time partner, the rental club LaserWar Armenia. It is the country's oldest laser tag club and the organizer of the laser tag federation. Find here more info on the matter.

Many IT specialists and technicians interested in new technology are among LaserWar Armenia's consumers. As a result, it was decided to hold an IT Cup event for the most active. Teams from 16 of Armenia's largest companies took part. Each team consisted of 13 players plus 5 in reserve.

The organizers chose realistic scenarios that were as similar to combat missions as feasible, such as capturing a building, defusing a bomb, rescuing the "president," and so on - a total of 10 scenarios.

The competition was held in 3 stages at three beautiful settings. It was set up exactly like a major competition, complete with training, spectators, and rewards. As a result, three teams were declared the strongest. They were awarded valuable gifts and cash prizes of USD 6,000. The prize fund was built up thanks to entry fees and the sponsors.

LaserWar Armenia is planning a second IT Cup in 2022, which promises to be even more spectacular. The organizers told us that 30 teams have already applied.

The photos and video are provided by LaserWar Armenia.