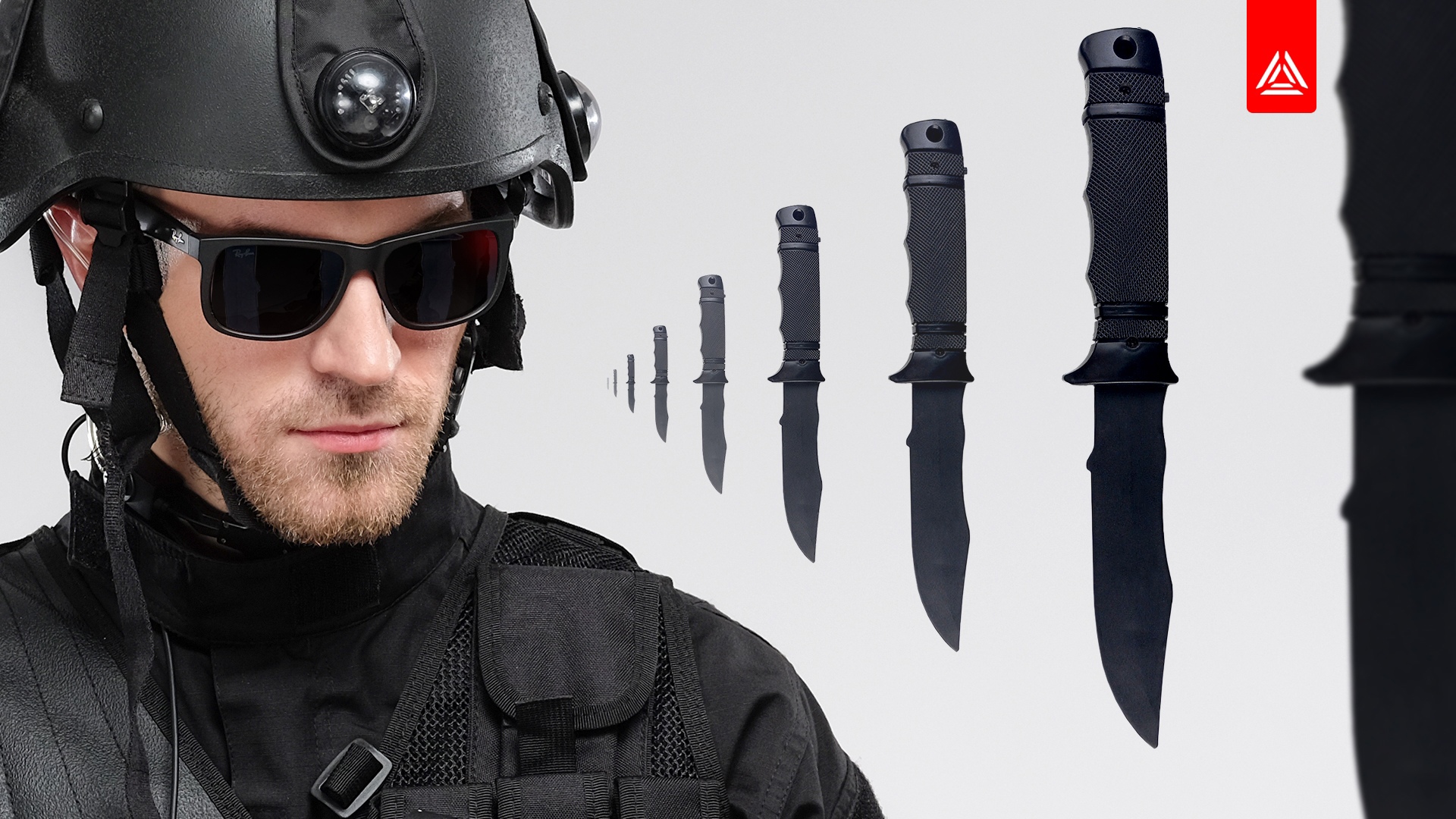 We just revealed the new LASERWAR knife, but we haven't told you about all of its features yet.

When asked what has changed with the new device since the previous version, the answer is EVERYTHING!

We've already mentioned the new charging system: the built-in 3.7 V, 210 mAh battery is capable of charging from a USB power source of up to one amp. It can keep the gadget running for more than a day in the most active game mode, while at rest the circuit will fall into sleep mode to save power. A USB charging cable with a magnetic connector is included in the game set.

However, the most significant distinction is that the knife has evolved into a true PERSONAL player's weapon. Thanks to the personalization algorithm, it is possible to link the knife to a player ID. To do that, an IR receiver is located at the base of the knife handle. By switching RAZOR into training mode and firing at the knife with the tagger, the player prescribes his color and ID to the game set. Damage caused by this knife will now be counted in the player's personal stats.

As before, the safe use is ensured by the location of the infrared emitting diode in the end of the handle - only the handle can hit an opponent from a distance of about half a meter.