PHOENIX FROM LASERWAR. REBORN FROM THE ASHES 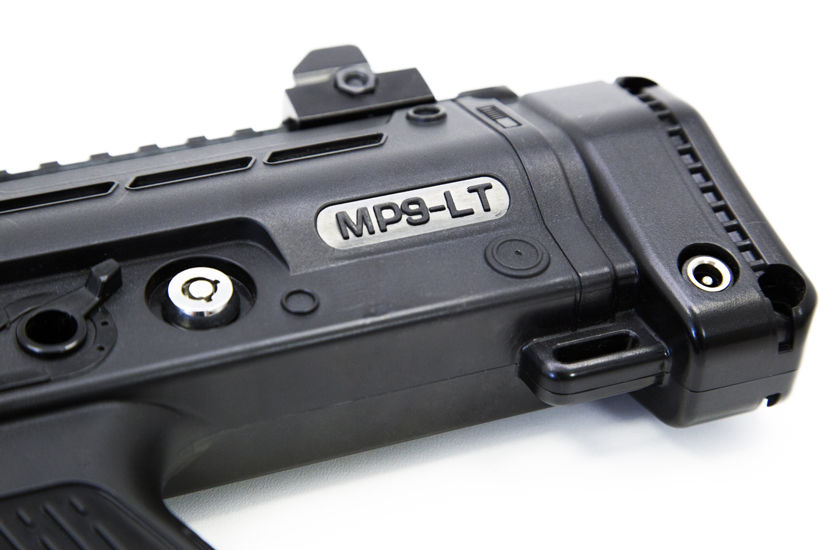 Three days ago, we shared with players the information about a submachine gun, which will become available in every laser tag club by the end of the summer. If you still haven’t heard about it, it is about time you catch up. We have been talking about the play set MP-9LT PHOENIX. We have described the process of its creation, the hardships we had to go through while we were developing the model. The experience of AK-12 PREDATOR construction helped the team of engineers, and in particular, design engineers get a clear idea about what the ideal submachine gun has to be like.

The ergonomic PHOENIX recoil pad suits both children and more mature players. The gun grip, approved by SOBR fighters, was done with hand anatomy and grip specifics in mind. The reliable magazine release button will be appreciated by all laser tag players.

PHOENIX sounds a lot better than PREDATOR. Though the VECO speaker located on the right hand side of the model will not stun the player, yet it will inform that more bullets have to be loaded into the magazine, or that health must be replenished. The OLED-display, too, keeps the player informed by displaying key player’s features.

These are far from all the advantages of MP-9LT. One of its distinctive features that hasn’t been mentioned yet is the blowback. Usually the vibration motor is located inside the model grip. Yet in PHOENIX  the circumference of the grip does not allow for this. LASERWAR engineers located the motor inside the handguard of the model, which appeared to be the perfect place for this. The vibration is sensed by the other hand and affects focusing: it is difficult for the player to align the front and rear sights. This becomes obvious at long distances, where any small deviation has an adverse effect on precision. The ideal firing range of PHOENIX is 300 metres.

The special notches ensure that the MP-9LT slots do not pivot, which adds to the reliability of the model and allow for its multiple use. A carrying sling clamp is built in the bottom of the gun butt; it is very sturdy. The compact model size withstands the jerky movements during all laser tag battles.

Above all, the body is made from polycarbonate. It is three times as strong as any ABS-plastic frequently used in laser tag manufacture. PHOENIX weighs only 780 grams: children will enjoy playing it, instead of attempting to drag the gun to the nearest hideout.

The length and hight figures of the coming soon blaster have not been spinned out of thin air. We did our best to find a balance, so as the play set is neither like a toy, nor bulky. Submachine guns of all sizes and paintball markers used during world championships were analyzed. PHOENIX length is 39.5 cm, its height with the sight device attached is 23 cm. these dimensions are very appropriate in cramped conditions: MP-9LT is easy to manipulate inside arenas, in the corridors or while waiting in ambush. Even during competitions, in which inflatable figures are used, the player can easily hide, for his laser tag gun will not be sticking out from around the hideout.

Based on the data that characterizes PHOENIX as rental equipment, the following question arises: “Who is MP-9LT aimed at?” Certainly, its target market includes different consumers. The model will not disappoint a brutal man, will benefit a young girl and will be adored by a child on the battlefield.

Yet it has been created primarily for children,for they make up 80% of all laser tag clubs visitors. The manufacturer’s objective was to develop the perfect blaster for this target market. The introduction to laser tag must be remembered by its tactics, team play, and precise shooting. Not by the heavy true weapon copies which a child will be forced to drag to the closest enemy location.

After taking part in 10-20 games a player will understand that armory is a discipline that one needs to know and respect. It is important to understand the tactical and technical characteristics of the weapons, to know what a bipod is, know the difference between a hammer and a trigger. Yet even before that, the player has to learn that laser tag means healthy life style, team members lending their shoulder and mutual support. Only after that, one can speak about trumilsim, military actions, leadership war. PHOENIX is the springboard, the starting point, the beginning of a new world of military games.

We have reached the heart of the matter. The cost of the play set is 13600 Russian roubles (the price stated is for the 8th generation). From 5.08.2016, you can preorder your PHOENIX set. The equipment will become available at the end of the summer. Those who preorder will be pleasantly surprised by a 10% discount on MP-9LT PHOENIX. At 12240 roubles you will get a reliable, authentic, powerful 8th generation play set, which will cause the enemy a lot of trouble.

How about the old ERASER? We have prepared a recovery program. Return to us your ERASER and the lens, pay 3500 roubles on top of that and get the new PHOENIX with a charger inlet, a tactical grip, a speaker, an infrared module, lens, sights devices, trigger and hammer. You can purchase same set, without the need to return the old one, at our online store at 4400 russian roubles.