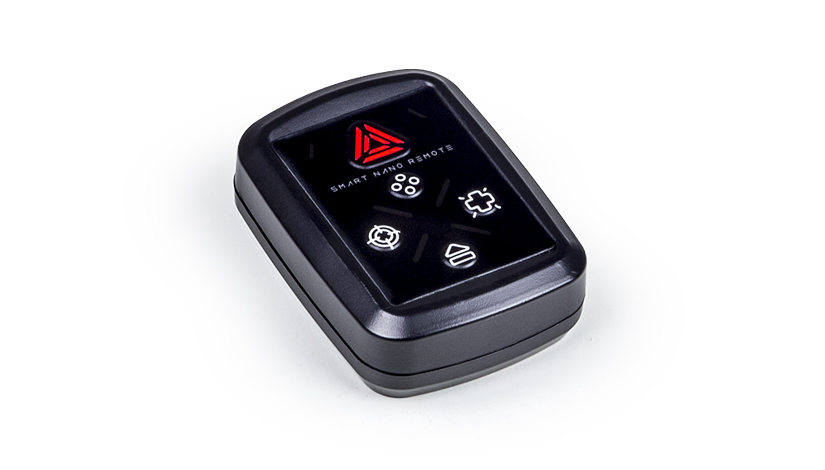 NANO Remote has gained deserved popularity with players and trainers for its handiness, small size and weight. However, the device that's always with you, used to operate only two, even the most necessary, commands. A multi-purpose remote that is capable of readjusting most of game settings on the go, is not so good for carrying with you in the game process. There is a need for a compromise, decided the LASERWAR engineers and after analyzing a set of most often used commands, issued an updated Smart Nano Remote.

The new remote has become just a little bigger, but its functionality has grown 7 times! Now using the new remote you can operate 14 most necessary commands. And all this by using only 5 buttons. 4 buttons are responsible for the mode selection and the fifth one will execute the chosen command.

Let's look at it more closely:
The red button with a triangular logotype LASERWAR executes the chosen command. If pressed before choosing a command, there will be a running light on the surface of the remote, showing that you need to select a mode first. 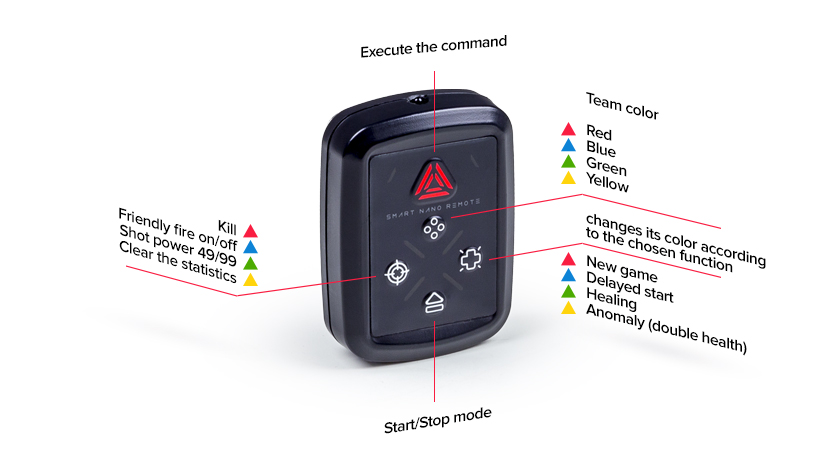 The upper button allows to «repaint» a player, changing the color of his team. Press it several times, watching the color of the indicator (red, blue, yellow, green), and select the color you need. Then press the triangular button of confirmation and put the command into action. The flickering of two LED lights indicates the work of the IR-transmitter.

The lower button selects the mode «Start/Pause». When selecting a mode, press it once (you can press it more than once, it won't change anything). Then successively press «triangle». First press «freezes» the player, second puts him back into game.

The right button alternately selects commands of starting the game and recovering health - «New Game», «Delayed Start», «Reanimation» and «Anomaly (x2 of health)». Take guidance by the color code and press to confirm. 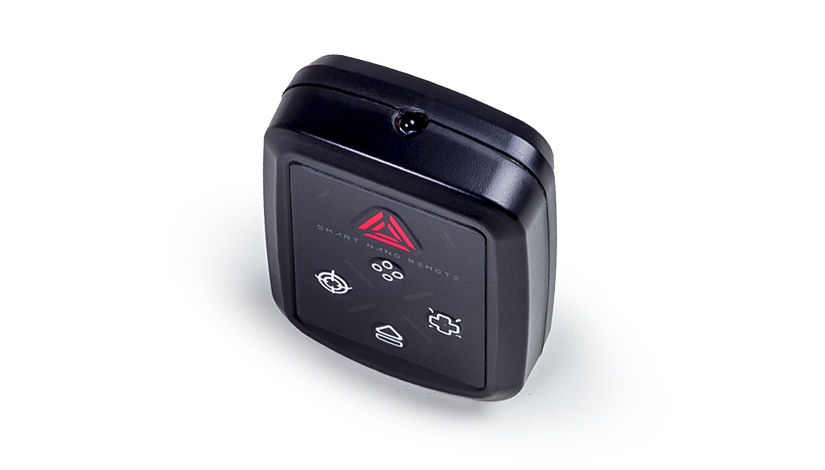 The remote shuts down automatically in 1 minute after you press any button last. To save the battery power it can be turned off by holding any button pressed for 2 seconds.

Smart Nano Remote is powered by CR2032 battery. Battery performance is 1-6 months depending on the usage rate. In the sleep mode the remote can be used with one battery up to 7 years.

The range of equipment for laser tag produced by our company will impress any pro.