MOSIN-NAGANT PLAY SET. THE LEGEND IS NOW FOR SALE 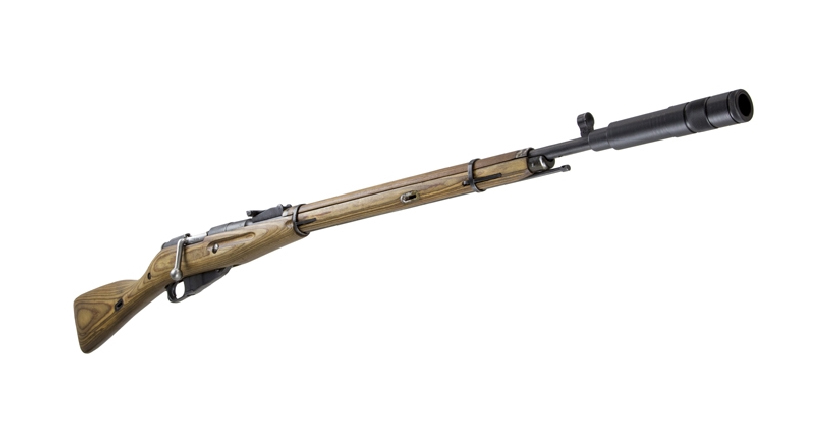 The 3-line Mosin-Nagant is the famous example of Russian small arms. Originally used during the Russian-Japanese War and First World War, it was later used by the Red Army soldiers during the hard times of the Great Patriotic War. Created at the end of the 19th century, the Russian 3-line rifle remained reliable and up-to-date, good enough for our brave soldiers. This rifle turned out to be one the first rifle systems ever deployed by army systems.

We couldn’t but give it proper attention. Another unique model has been added to the already wide LASERWAR range. 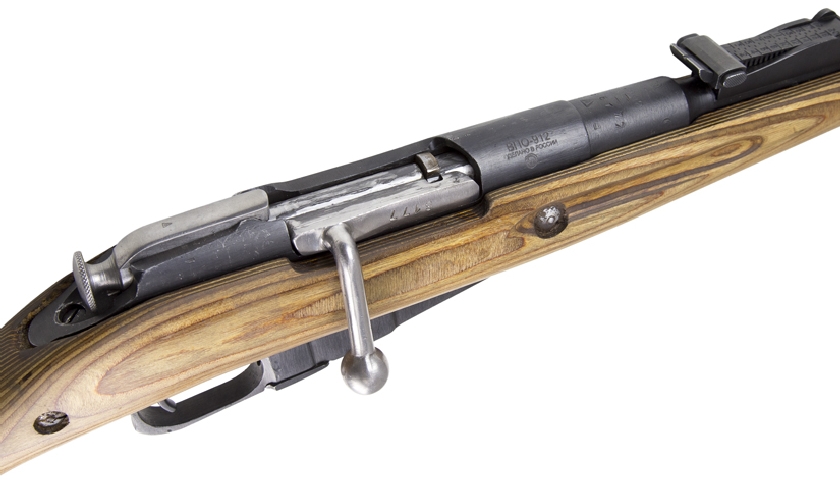 Many years have passed since its creation, but still one can feel the magnificence of the Mosin-Nagant. The play model is a true copy of its combat prototype.

Rifle parts are made from wood and are pleasant to the touch. Breechblock mechanics has been left unchanged. The backsight slide can be regulated. The weight of the blaster is 4.3 kg.

The trigger creep feels uncommon, although it adds up 100 points to the authenticity of the play set. One needs to make an effort to produce a shot.

The sights are convenient and sufficient for comfortable shooting. The effective firing range is 200 metres. 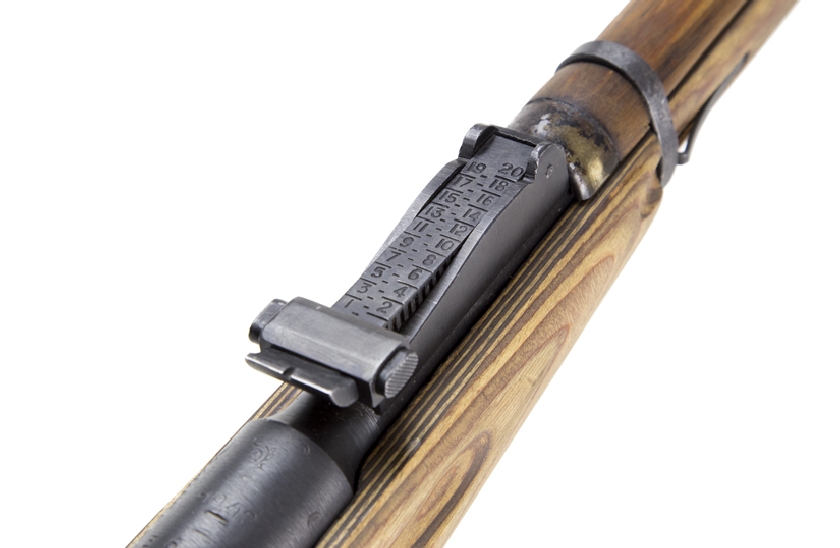 If you trace the historical development of the rifle, you will find out that the latest versions were fitted with optical sights. Currently, the Mosin-Nagant sniper rifles are unique collectible items (in particular, the individual rifles awarded to best snipers).

Integrating the electronics inside of the model has been a difficult task. To do this, we had to take extra care to change the internal space of the Mosin-Nagant. We aimed to preserve the authentic look. Therefore, there is no switch mechanism, reloading button nor charger inlet on the body of the device.

The only details that give away a laser tag blaster in it are the On/Off indicator and the optical barrel. The former is on the left-hand side of the bed of sight. It does not draw too much attention, yet it serves to indicate whether the blaster is on or off.

For the optical system, a small-size barrel has been used. It does not seem to be enormous, yet it looks like a continuation of the 3-liner barrel. The length of the play set is 138 cm. 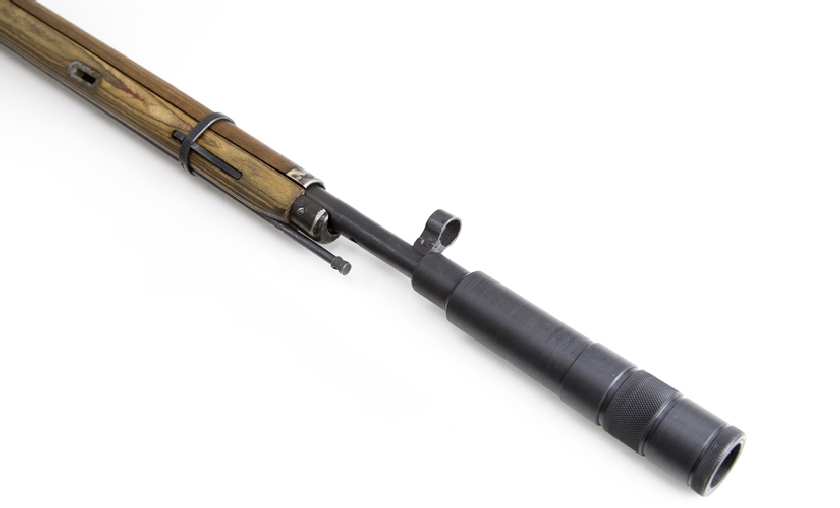 The 2.2 Ah lithium-ion accumulator fitted inside of the rifle guarantees 30 hours of non-stop operation. The charger jack has been fitted on the stock. To find it, unscrew the bolt on the buttpad. 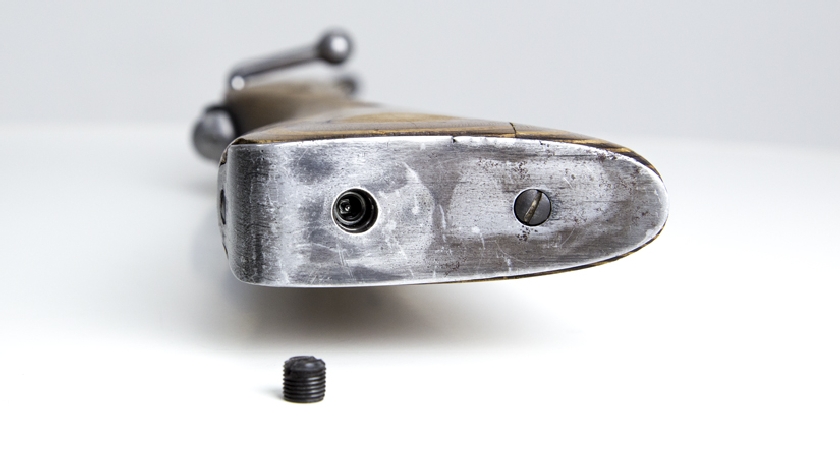 To turn on the play set, push the ramrod end. Perform the same action to turn it off. Ramrods are not used during laser tag games. Thus, we decided to use this detail for activation.

The device comes with breechblock reloading. Its sliding character has been left unchanged. In order to reload the device, move the breechblock handle to the left, slide the breechblock backwards, move it forward and turn the handle to the right until the end. After this sequence of actions, if a player pulls the trigger, he will not only hear the sound coming out from the speaker, but also the breechblock mechanism slashing. 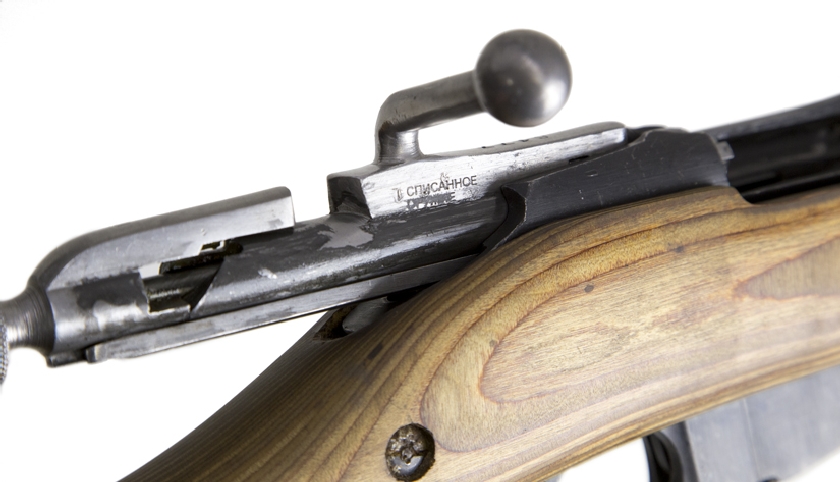 To activate the safety catch, pull the cocking-piece and move it to the left.

It has been many decades since the creation of the Mosin-Nagant. Yet it is considered one of the best types of small weapons. It is as popular as the automatic rifle created by another outstanding Russian gunsmith – Michael Kalashnikov. 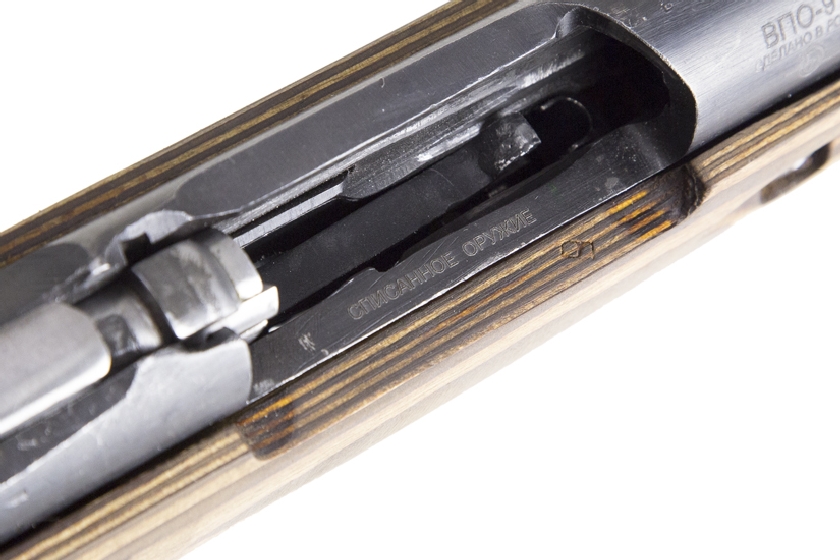 We doubt not that you share our admiration of unordinary blasters. The 3-liner will be useful when restoring war events, as well as in scenario games in which it is important to create the right atmosphere.

The price of one laser tag set is 49 000 roubles. You can buy it now from our LASERWAR online store.