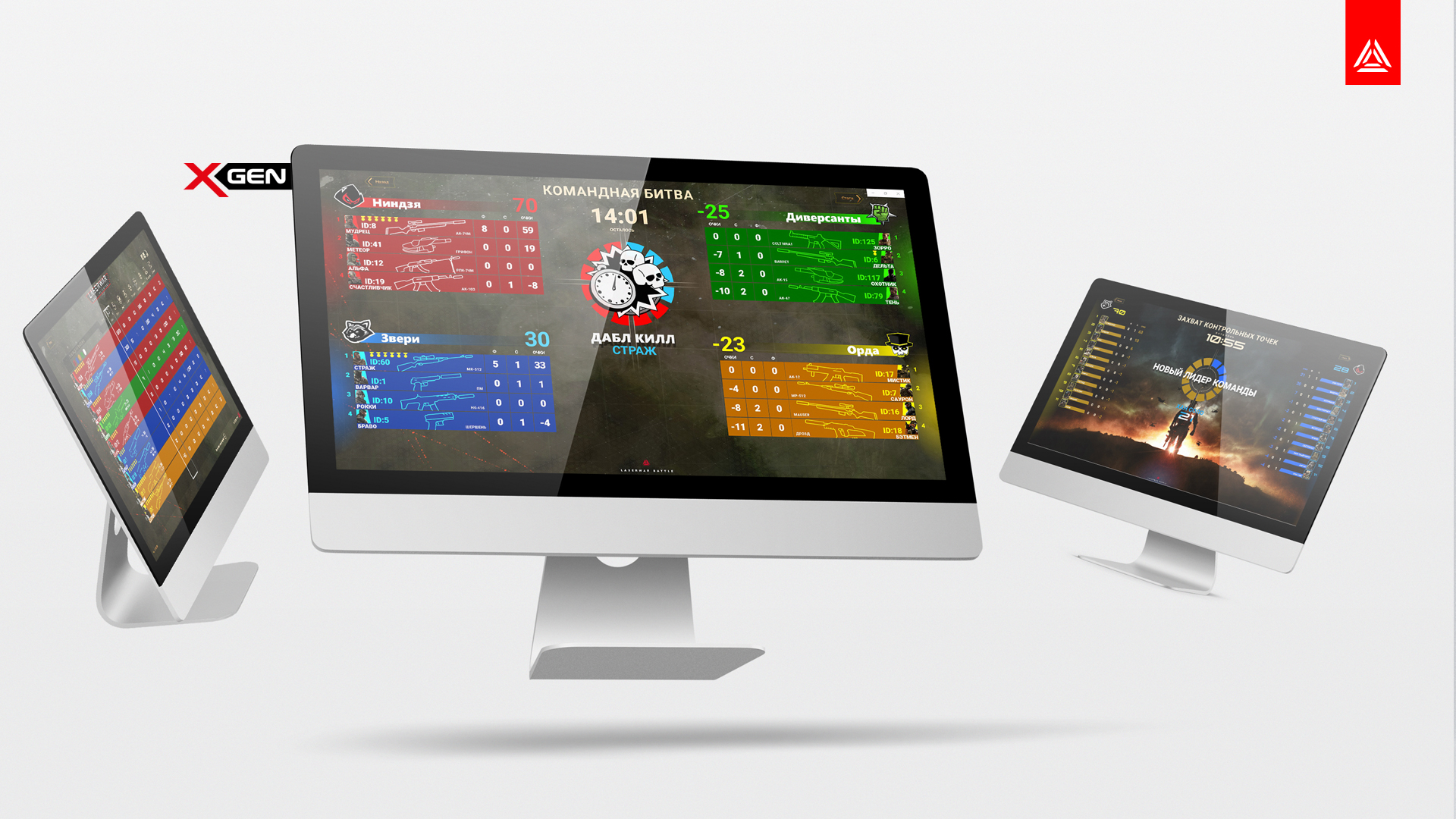 The upcoming release - LASERWAR Online Configurator, v. 1.129 will be available on Microsoft Store in a few days. Meanwhile we'll tell you about the new features.

The main change introduced by the new release is the collection of statistics on game sessions. We have already explained the "game session" term. A session is a series of games during which the players share the same team.  The advantage: when the next game starts, the team is still the same - no time to spend on creating new ones. 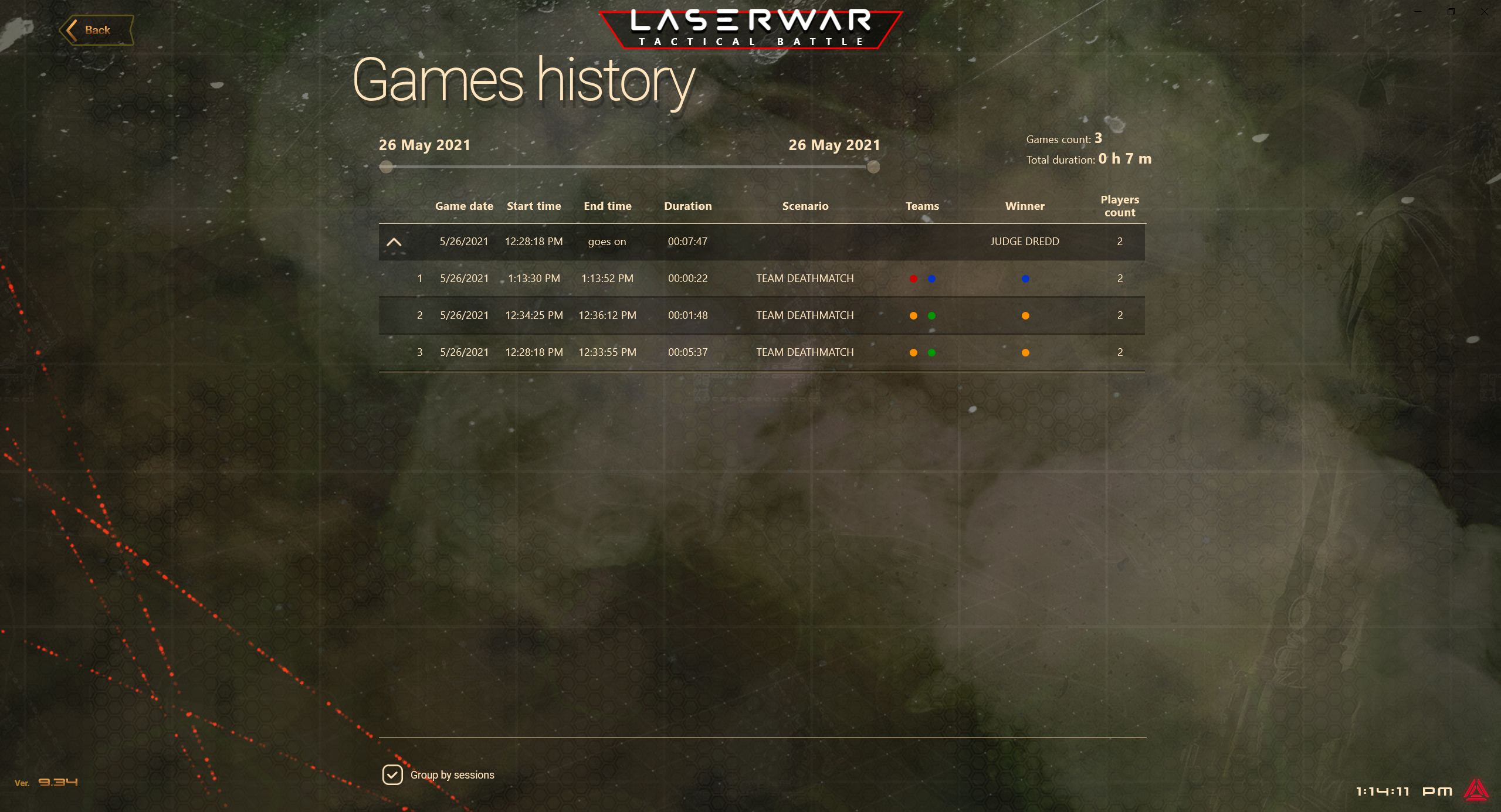 It is now possible to view detailed stats for sessional games and save them to the online stats server. A button to send the statistics to the server has been added. 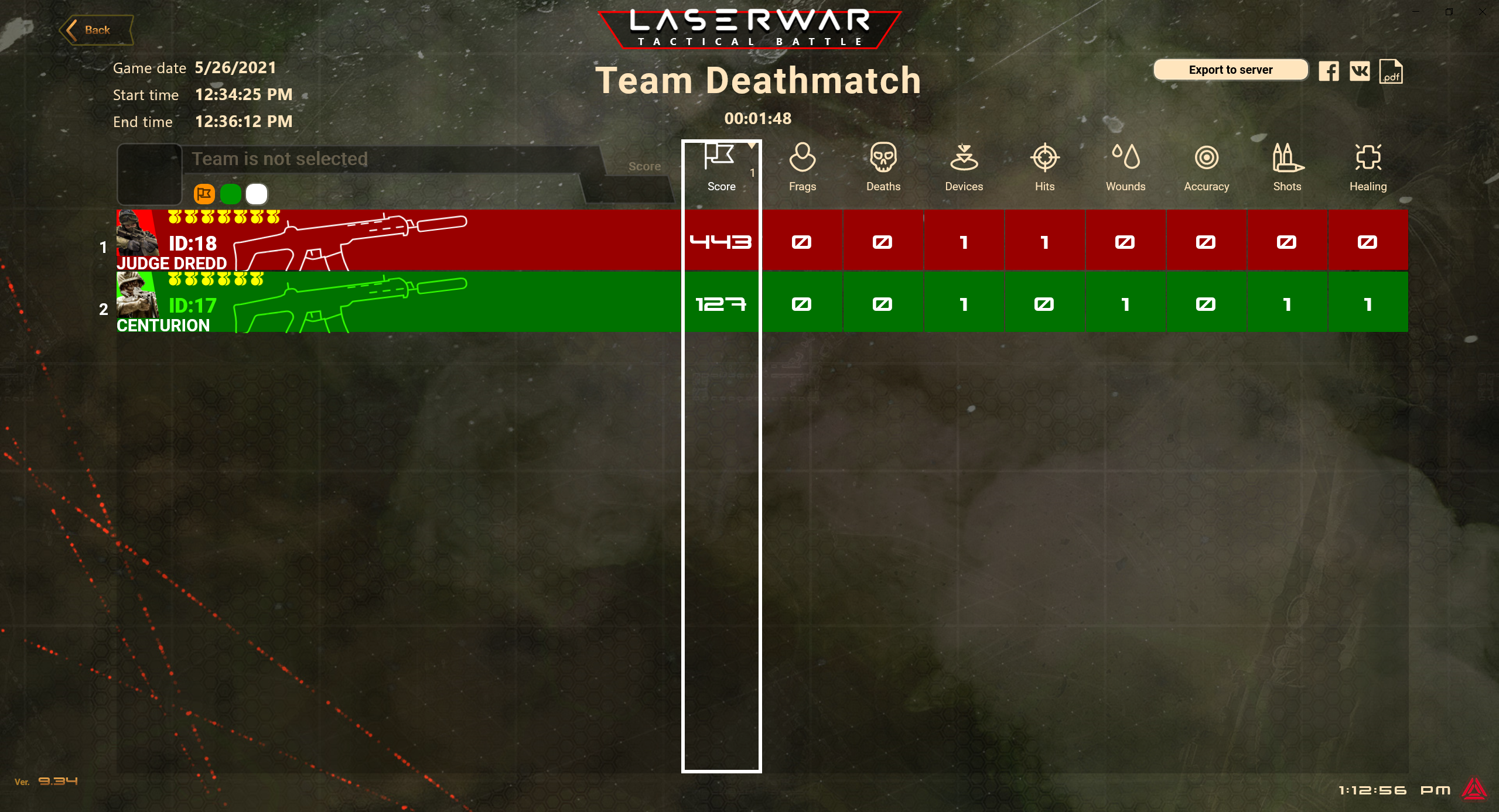 We have been repeatedly asked to add the following feature by customers who actively practice online games in their clubs.

The "Number of hp" parameter, which you will find under "Weapon specifications", allows players to set a limit on resurrections per round. A fighter who has run out of hp will not be able to continue the game and help his team. Electronics will block all attempts to respawn using first aid kits or other devices (auto-resurrection will also be off). 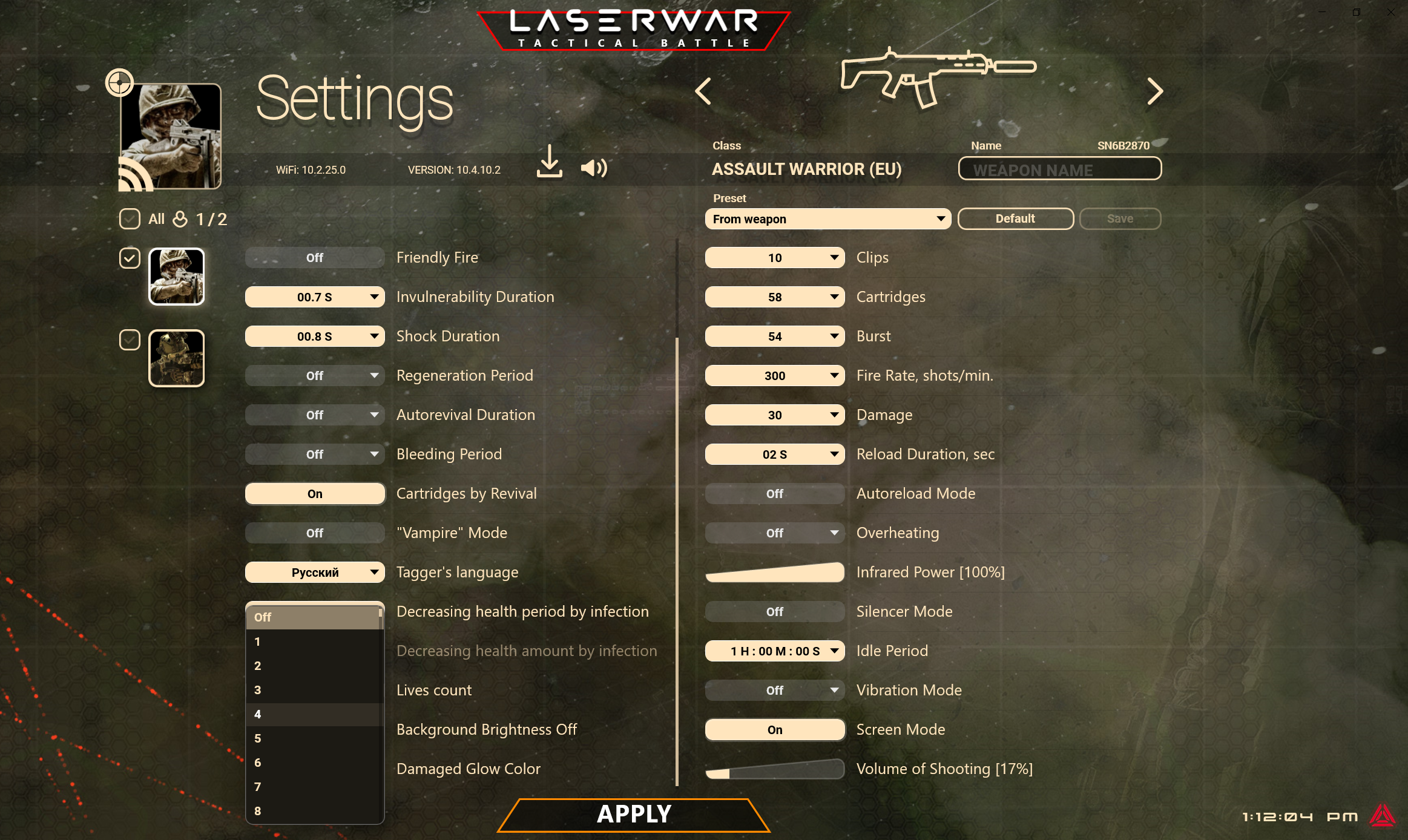 This change is made both at the software and firmware levels. Remember to update your taggers to version V10.4.10.3 if you plan to use this functionality. Please note that the "Number of hp" option is ONLY available in online game.

The bug related to delayed start in online game has been fixed. If you start a round with a "Time to start" setting that is not zero, and want to make changes to the team at the last minute, you can stop the countdown by pressing the "Stop" button. This is a new feature.

We've also solved an issue that was causing custom sound effects not to be recorded in the taggers.

These are the most important changes. In addition to the mentioned ones, the following changes have been introduced to LASERWAR-UI, v.1.129

We continue to work on the LASERWAR Online Configurator functionality. Look forward to new updates.