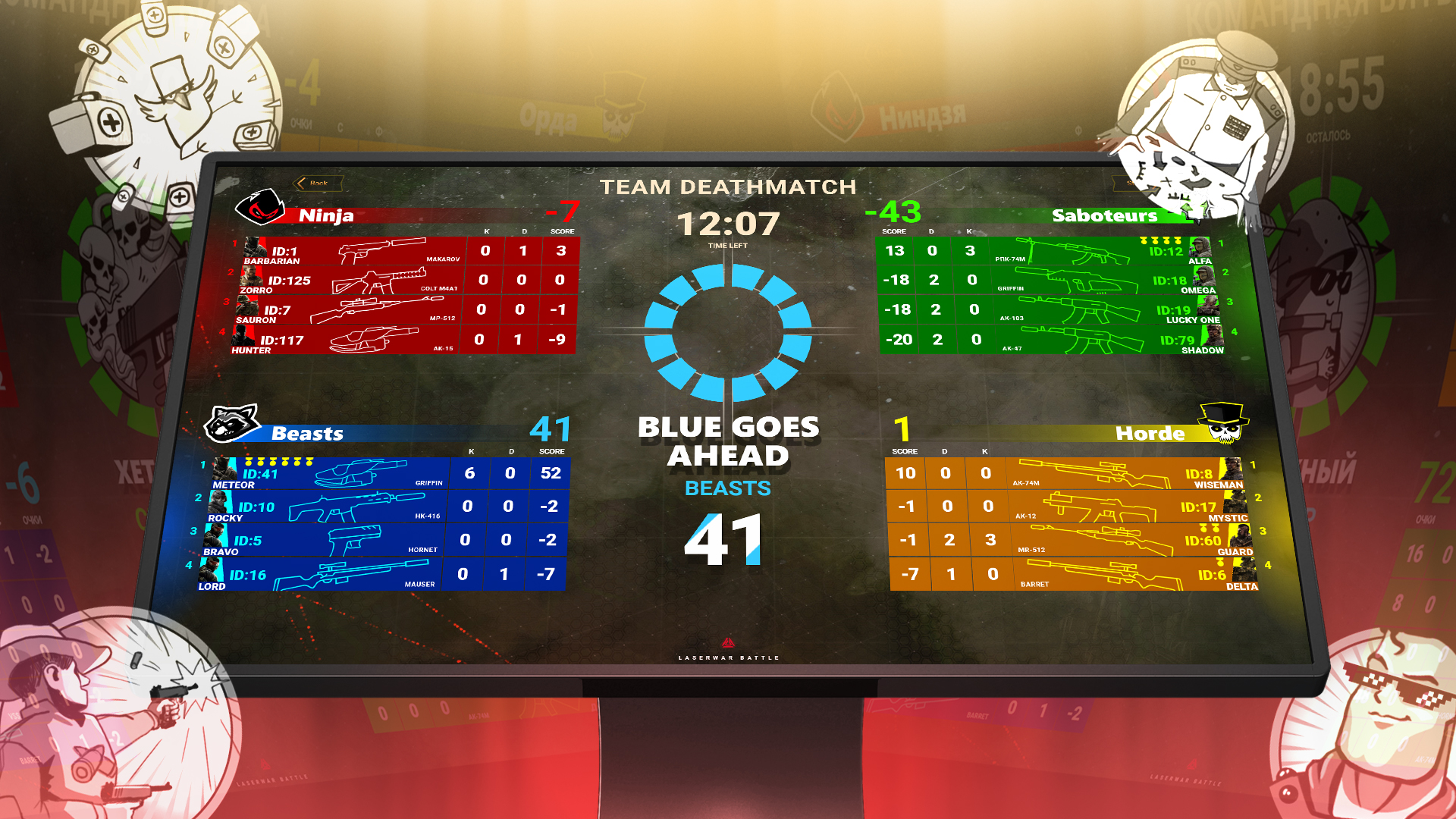 Something special is always expected from an anniversary release. And our expectations have not been fooled. The anniversary 100th release of LASERWAR UI presents a new system for recording personal players' achievements.

Who is the most accurate shooter? Who spends the most ammo, who is the unluckiest in this round, who was the coolest? - These questions worry the players in each round. The player's stats speak the dry language of numbers, and can solve those disputes. We are providing the best solutions.

LASERWAR programmers and designers have prepared a package to reflect key game moments in the personal players' statistics. 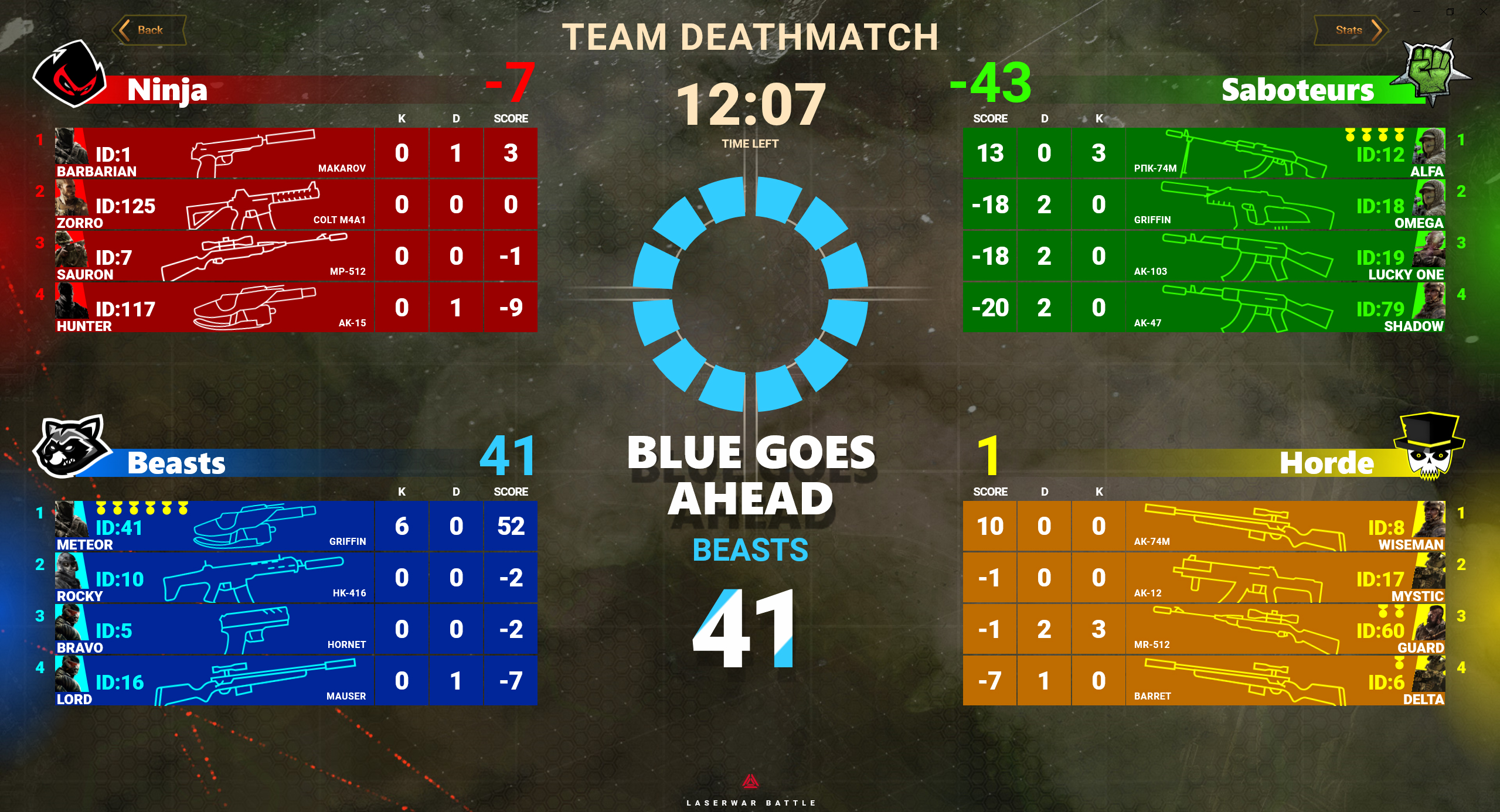 The player's personal statistics card was replenished with achievement icons assigned during the game. The player's seven achievements as seven medals will reflect his or her contribution in the current round.

The achievements are attributed not only to the fastest and most accurate, but also to those whose achievements in the game did not please the team. But given the humorous nature of those awards, no one will leave offended. 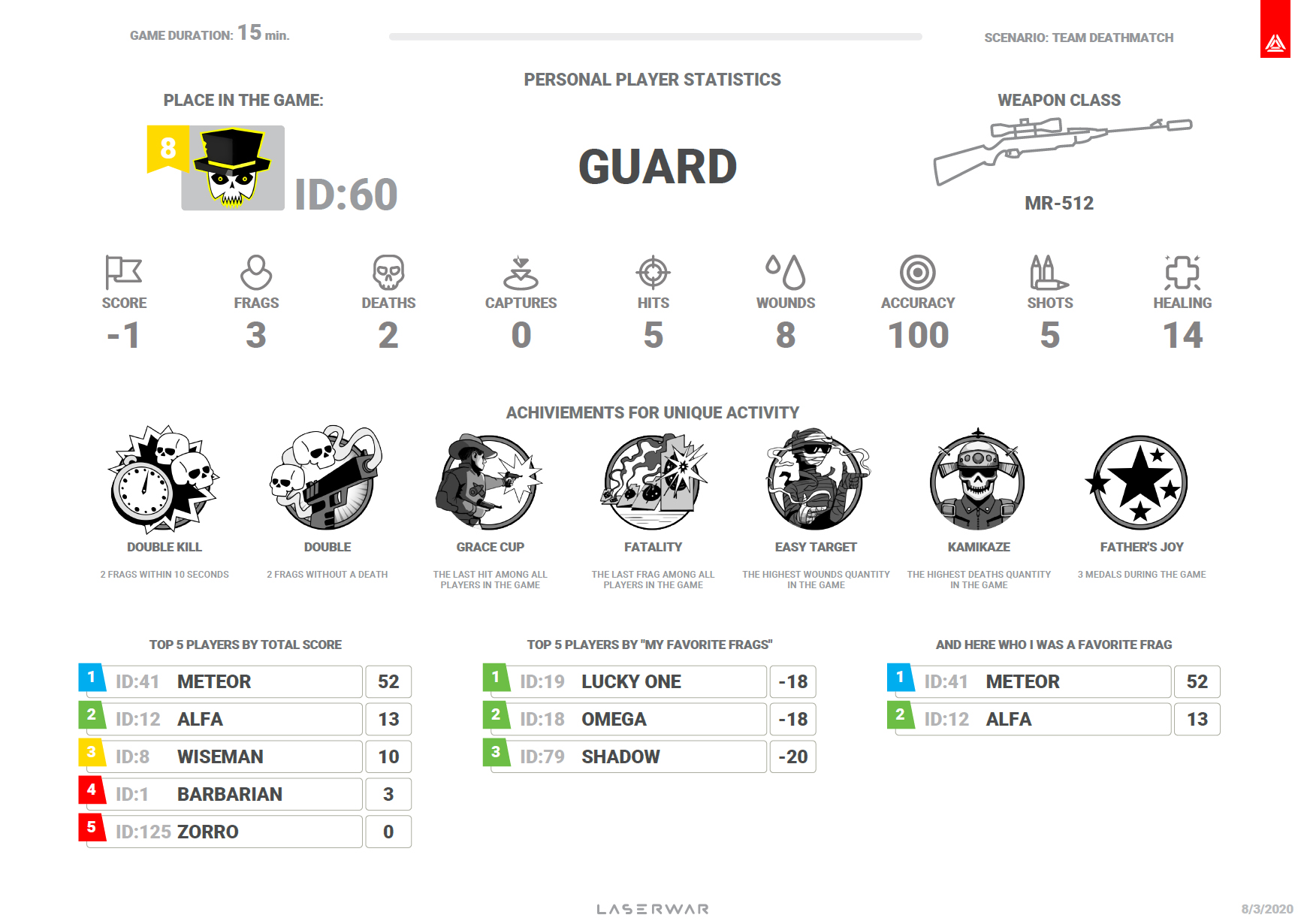 So far, the statistics show about two dozen achievements out of more than forty planned. Please see the list below. In future versions of the program this list will be extended.

Play and enjoy the game, while the LASERWAR team takes care of the rest.