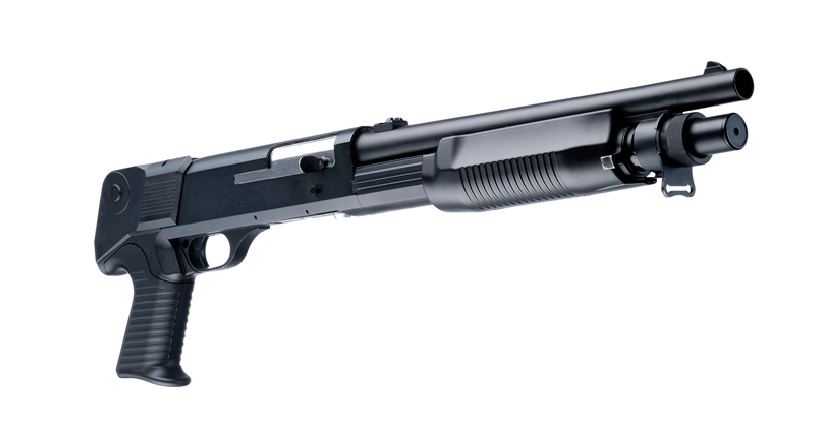 For all those who love to sweep away their enemies in seconds and break into ambush, here is another super blaster. The already familiar SG-9000 WALTER has got a mate now – the GASTAT play set of the ORIGINAL edition.

The plastic is pleasant to the touch, the grip with the corrugated surface is very comfortable. The front section of the shotgun is heavier than its back section. Therefore, you have to hold the GASTAT with both your hands. The length of the play set is 65 cm.

In the construction of the model, we used a special barrel. The optical system that was used influenced the firing range by making it close to real-life mark – now it is 40 m. We did not use an external barrel, thus preserving its realistic look. The only features that give away a laser tag blaster in this model are the charger jack, the switch lock and the On/ Off indicator. 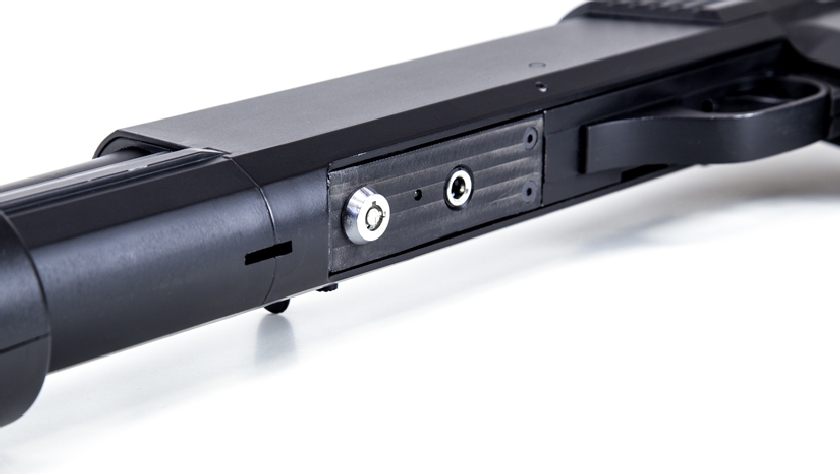 For the sighting devices, an adjustable backsight and a foresight have been used. The model is not fitted with Picatinny rails for mounting a collimator sight.

The play set comes with sling swivels. The safety catch has been placed above the trigger, their usual functions have been kept. The gun is reloaded using a flexible handguard.

The model’s cost is 18900 roubles. At this price, you get a special blaster – the rivals won’t stand a chance. The authentic look and reloading function, its comfortable grip and the power that will be long remembered by many. You can buy the GASTAT now from our LASERWAR online store.