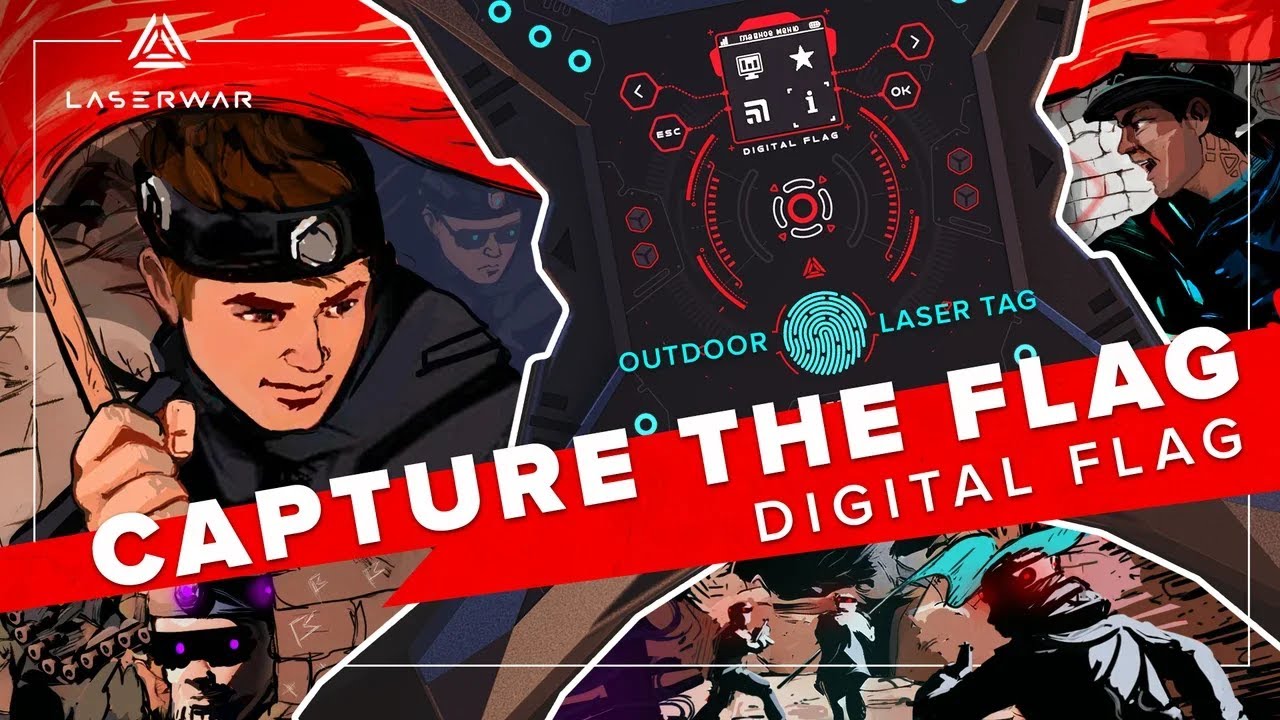 And finally, a video dedicated to the main scenario of the new device - Digital Flag Capture. This is what players have been waiting for: fair play without debates on whether a killed player can carry the flag, who is right and who is wrong. The player fires a shot and captured the flag at the enemy base and carries it to his base as long as he is alive. If you are killed - sorry, but you lose the flag. Electronics will take care of the rules. Your task is just enjoy the game!

Each team taking part in the game is assigned a flag (the flag will be glowing with the color of the team it belongs to during the game). The task is to capture the enemy flag and deliver it to the home base. Shoot at the game set to capture it. A player who shoots at an opponent's flag must run to his base and shoot at his flag to score a capture.

At the end of the round, the flag makes a beep and changes the color to that of its owner. The flag display will show the number of flags captured by teammates.

Several players can capture an opponent's flag at the same time.

The player who carries the flag loses it if he dies.

Team. The color of the team to which the flag will belong in the game.

Resurrection time. Range: 10 - 3600 seconds. The period of time after which the flag can be re-captured.

— delay. Range: 1 to 9 seconds. If the Radiation parameter is enabled, the device will send a radiation pulse once after the specified time after the flag is shot at, causing damage to all players nearby.

Impulse.In the Digital Flag scenario, the Reanimation command is used as a pulse. It will only work for the players of the team, who own the flag.

— pause. Range: 10 to 900 seconds. If the Impulse parameter is enabled, it will be ready for use after the specified time after the game start. The readiness is accompanied by a light indication on the top of the device - the fingerprint button is glowing blue.

— quantity. Range: 1 - 99. The number of pulses emitted. To activate the impulse, touch the button to scan a fingerprint. After using the Impulse you need some time for recharging. In this case, the button will flash to indicate recharging.

What is the advantage of laser tag over other types of military sports games? – Equipment and electronics.

The range of equipment for laser tag produced by our company will impress any pro.