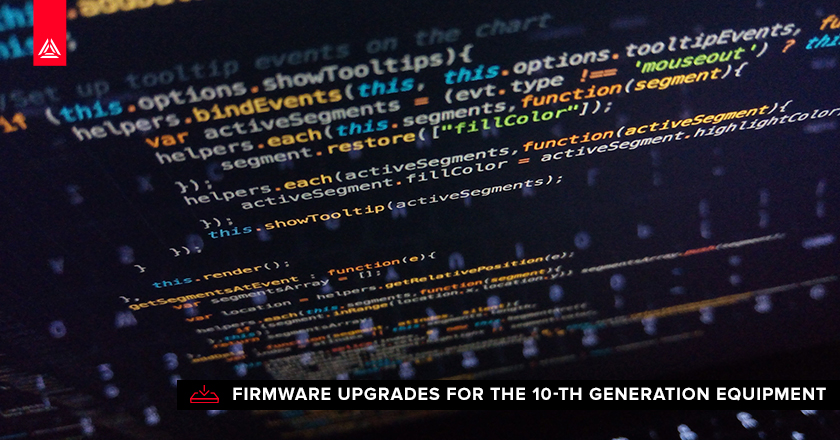 For the attention of the owners of devices based on the 10-th generation.

Another software update package is available for X-Generation-based equipment. New firmware releases take place approximately once a month and improve system stability and performance, as well as introduce new features and modes.

Timely installation of the latest version of the software, which is recommended for all clubs, is a guarantee of an equipment stable operation. Remember that the firmware update must be performed for charged equipment. In case of problems with the update, we recommend contacting LASERWAR technical support.

Version V10.02.10.01 of the firmware in Russian and English is already available for download on the website.

Let's look at all the changes in order. The new firmware introduces a number of global changes in the operation of equipment and games.

1. We've developed a new bleeding algorithm called "Bleeding 2.0". In the old algorithm, if you are exposed to damage that exceeds the value specified in the program, you will bleed. It worked mainly with grenade launchers and heavy sniper rifles and was unfair. Now the bleeding starts when you are shot by several players and they hit you after you are wounded (when you are in the invulnerability mode). The damage from hits of opponents is still fixed, then it is summed up and divided by 10, and after a short period of time, the bleeding starts with a gradual decrease in health. You can cure the bleeding by using the commands "new game", "game start", "medic", "bandage" or "resuscitation". The new algorithm improves gameplay by allowing well-coordinated teams to do more damage per unit of time, even if it is delayed damage. Moving in assault groups and covering each other will now be as profitable as in a real battle. Massive shooting leads to a higher probability of severe wounds and bleeding. At the same time, there is a new game mechanics, requiring the presence of full-fledged teams of paramedics. And this increases the variety of games and scenarios, which will certainly please all players.

2. The 'Vampires vs. Zombies' mode has been updated. The network algorithm for changing the team color has been changed. This mode is also available in the local game without a server.

3. There is also a possibility to double the teams' health scores, regeneration.

5. An error in player names that could cause random characters to appear on the screen has been fixed.

6. Several new game sounds have been introduced at the start of the game, time activation. The weapon now reports that there are 5 minutes to the end of the round. This makes the gameplay more understandable.

7. The process of the barrel overheating has been significantly redesigned. Special sounds have been added to indicate that the overheating threshold has been exceeded. The OLED display shows a countdown of the gun barrel cool down. We remind you that when you turn on the power, the weapon is searching for a connection to the program, and if it can't connect to the app, and you activate the game remotely, then the local game mode is activated. In this mode, the equipment supports all commands of the LASERWAR extended protocol except for game characters.

In addition to the firmware update, a new version of LASERWAR configurator version 1.1.43.0 has been released, which is now available for download from the Microsoft Store Online. Download firmware from the official LASERWAR page.