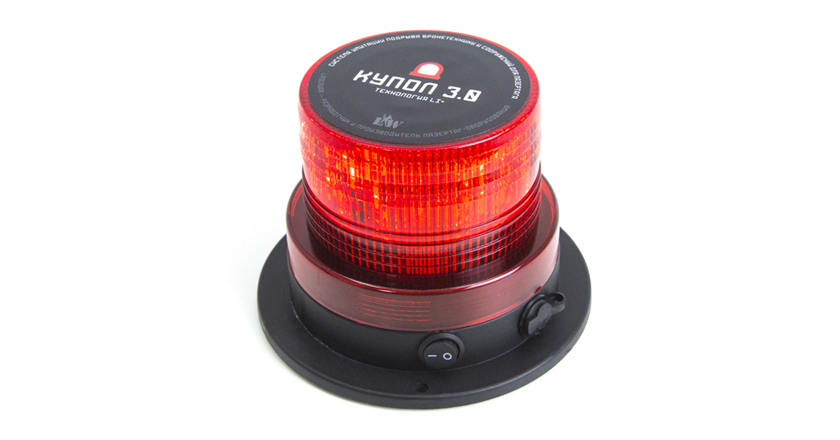 The Dome is a system that imitates armored vehicles and constructions explosion. It is used in every second big laser tag game. It gained its popularity due to being functional, reliable and compact in size.

In big games, military vehicles are used to transport players. It is convenient, for they are used for moving raiding forces and respawning the “killed”. The game pace increases, the players save time and energy for moving around the ground. If the equipment cannot be destroyed by laser tag equipment though, it acts as an armored train. We have created the Dome in order to avoid such cases.

As time goes by expectations increase, the company staff build expertise, therefore we introduce updates to the devices that don’t look modern enough. We are glad to introduce a new 3.0 version of the Dome.

THE BODY FRAME AND THE STICKERS

The first thing that catches one’s eye is the body frame. Clean lines, perfect edges and ribs significantly improved the look of the device. The Dome 3.0 looks superb, way better than the previous version.

The device can boast not only the shape of its frame, but also its stickers, which match well the overall design. The company special lettering, clear pictographs, logo – these are the distinctive features of LASERWAR equipment.

The exterior appearance is closely linked with its repairability. The frame is easy to assemble and dismantle, which is important for those who repair equipment on a daily basis. Besides, the construction is water resistant. The device has been designed in such a way that it displays excellent performance in any weather conditions.

The Dome has now become lighter and more compact: the device weighs 470 grams, its base diameter is 13 cm.

We continue converting the equipment from lead-acid batteries. Inside the Dome there is a lithium accumulator with a capacity of 2.2 Ah. The company range has been increased with the addition of the new device, which can be easily charged using the devices of the Li+ and Smart Li+ range.

With average energy consumption charged battery operation time has increased to 48 hours. The charger inlet is protected by a special rubber plug, which will not let humidity and dirt into the inlet.

During operation the Dome will please you by its powerful piezo signal and bright light indication, which is clearly seen in any weather conditions. The use of new LED modules makes the light from the device visible at any angle.

TRIED AND TESTED SOLUTIONS AND THE PRICE

The device remained otherwise unchanged: it has 4 TSOP sensors, the possibility to connect pyrotechnics, setting up by means of laser tag configurator.

The Dome is an honest device. If you set damage value to 100 units, then anything below that mark will not be recognized by the device. Such customization will not allow gunners and snipers to strike the Dome.

Besides, the IDs of the players who can blow up the weaponry can be added in the game specification. This is handy for scenario games, in which everyone has their role and concentrate on their own tasks.

The price of the Dome remained unchanged. Its small size, light weight, new frame, accumulator, improved design will cost 4900 roubles. This price includes the opportunity to make the most of your equipment in scenario games. You can buy the Dome 3.0 right now from our online store.