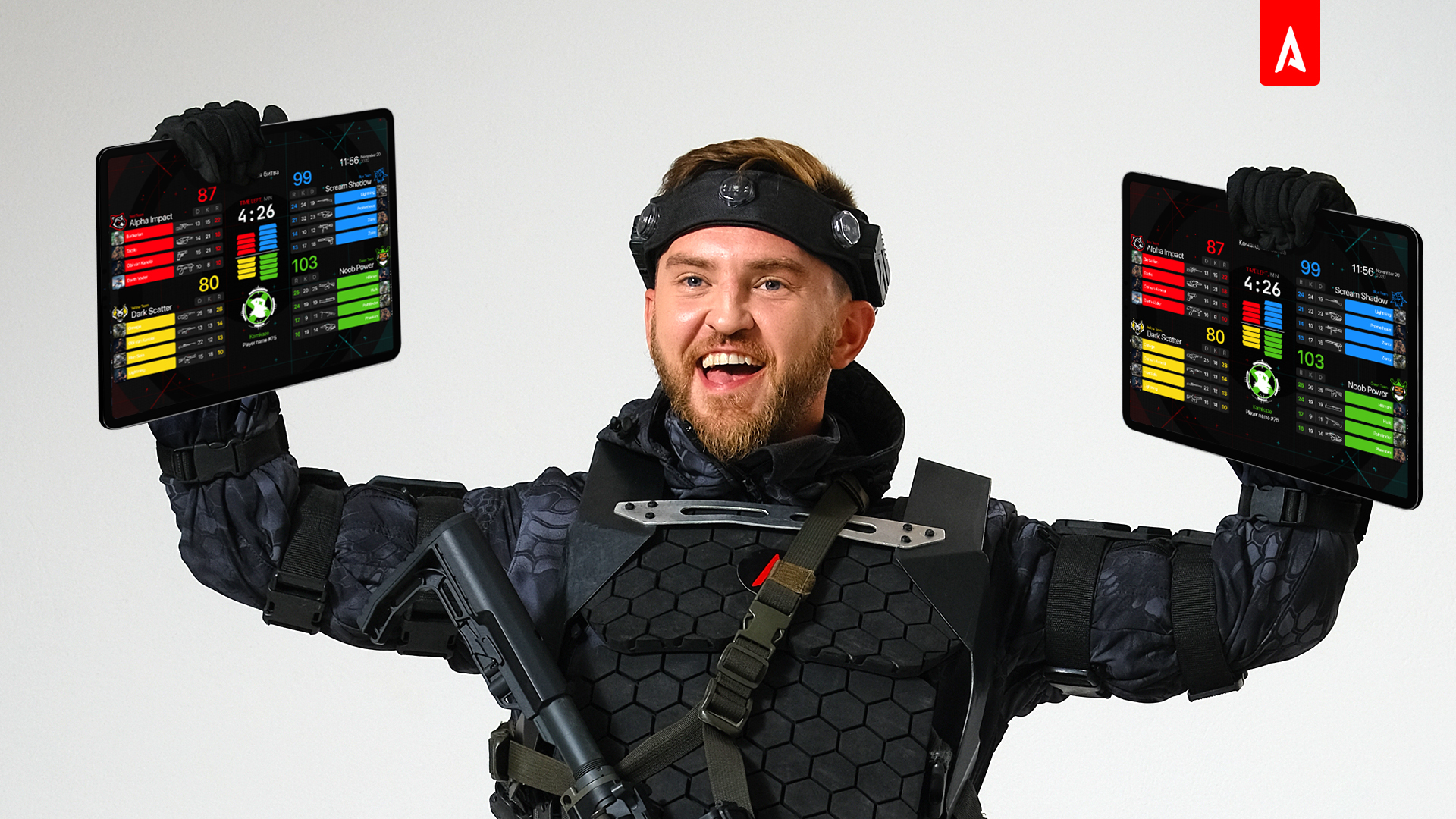 Our engineers worked hard to ensure that Alphatag users could enjoy the updated software over the weekend. Right now, let's cover in detail which bugs we managed to fix.

The most serious bug was found by our customers while the device was in use. It was discovered that the statistics from all taggers were not always read at the end of the game. As a result, the round data were not correct.
This ruined the effect, as inaccurate statistics from even one participant prevented an accurate picture of the laser tag combat. We made corrections, and the game data is now read without any glitches.

A 'feedback" function, similar to previous generations of equipment, was added. The instructor, by pressing the 'bell' next to the charge indicator, can identify the desired player - the selected tagger will produce a short beep. If you have a big number of sets connected to the software, this is handy.

The names of the players in the pre-start lobby were the next thing to alter. As you may know, when fighters are assigned to teams, their nicknames are assigned at random. When entering another area of the app, the player would enter a name that was unique to him, but it was not preserved. For example, if the performance characteristics needed to be changed and the instructor opened the relevant tab, the previously saved name was reverted to the standard name. We fixed that bug as well.

The last significant alteration is the identification of game sets entering the game. Instructors discovered that some taggers had not been activated on more than one occasion when initiating an online battle. In order to quickly identify this bug, LASERWAR programmers added a feature to indicate sets that have responded to the "Game Start" command.

As a result, when you click on the relevant button below, a counter will appear:

If an inactive game participant is found, the instructor merely needs to power reset his tagger and hit sensor. The connection will be restored and the player can return back to the game.