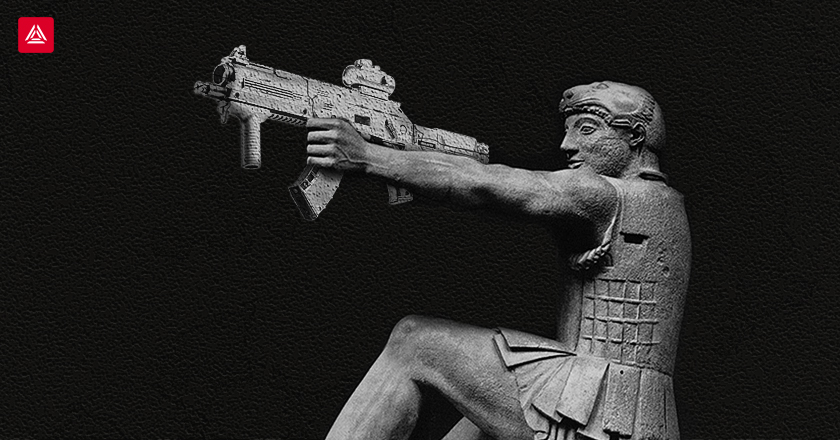 Laser tag is a relatively new game. Not everyone knows about its existence, so to speak of all the subtleties. No wonder that myths and rumours have appeared around the laser tag concept, which have nothing to do with reality and prevent beginners to properly understand the game basics. We have collected the main statements and will explain in detail what is wrong with them.

Myth No. 1. All the equipment is the same, there is no point in overpaying.

A misconception that could be harmful to business. But let's discuss this matter in the right order.

Indeed, almost all world manufacturers use similar technologies for their developments. The only question is how they implement them. Some people limit themselves to a few universal models, while others win at the expense of diversity. For example, the LASERWAR range includes about 80 models of weapons. Why so many? Players have different tastes. A sensible entrepreneur studies his audience and seeks to meet its needs. Some players like only models based on real combat prototypes, others prefer lightweight and practical taggers such as Phoenix, Predator or models based on airsoft game sets such as Spark. Do not forget about all sorts of additional weapons - pistols, grenade launchers, which experienced players often buy for personal use.

All this variety of game sets should not only look beautiful, but also work properly in harsh rental conditions. There are plenty of differences between samples from different manufacturers. Therefore, before buying it is necessary to find out, how and from what materials the equipment is made, whether it has batteries providing long operating time, what kind of optics is used in game sets, whether the software is included in the game set. It's important to know what warranties the manufacturer provides, settle issues regarding equipment maintenance, and whether the parts will cost tremendous sums of money. Considering all those parameters, LASERWAR outperforms its competitors: An optimal price-performance ratio made us market leaders.

Myth No. 2. No additional devices are required.

The first myth leads us smoothly to the second, which we will easily debunk. It's not possible to make the clients stay with your club without additional devices. Of course, standard sets are enough when you have just started the rental club. But visitors will quickly get tired of just running and shooting. People will want to try out different scenarios and new game roles. That's why you need smart LASERWAR devices. 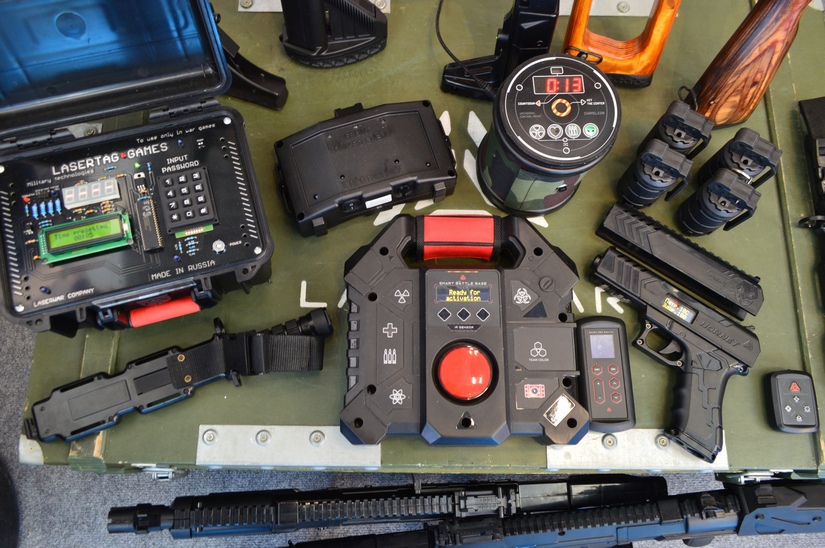 We offer a choice of 17 additional devices and 19 items of special equipment for outdoor laser tag. They will allow you to create complex quests, scenarios based on your favourite computer games, hold themed events to meet the needs of customers. You can come up with your own scenarios if you want. In short, it's an opportunity to please a regular client and get a new one.

Myth No. 3. The equipment can only be used at games.

We have already stated that the manufacturers have similar technologies, but different implementation. The possibilities of LASERWAR equipment allow its owners not to be focused on the game element only. Laser tag is not only a sort of entertainment, it's also a sport. Therefore, the appearance of laser tag targets was a natural continuation of its history. Authentic sniper rifles and submachine guns are used to shoot at special laser targets, which will leave no doubt regarding the hit. 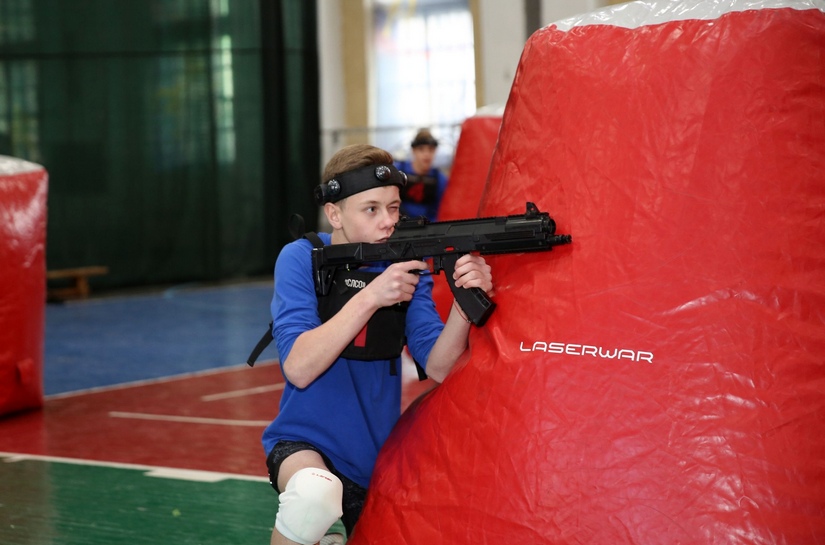 The laser target can complement the game program of the rental club, can also be used independently for training adult players or for target shooting training in children's sports sections.

To prepare future Olympic champions, LASERWAR created another unique project - Laser biathlon. It is designed to lower the age "entry threshold" for novice athletes. The safety and functionality of the equipment allow children to start training from 6-7 years, not from 8-11, as in the case of real rifles. At the same time, laser weapons fully retained the tactical and technical characteristics of the originals and are indistinguishable from them in weight. Conducting trainings with our equipment is as effective as with traditional equipment.

Laser biathlon is not only an effective training equipment. It will diversify the program of any sports events.

Myth No. 4. Laser tag is only played in abandoned objects or in the forest.

Only those who've never been to a laser tag club think so. Abandoned factories and children's camps, forest glades are chosen most often for various scenario games in the spirit of "Stalker". Such events usually bring together experienced players, like-minded people.

If we are talking about a stable laser tag business, ideally you will have to rent space - in a shopping centre or out of town, depending on the specifics. The competently organized rental club is a place where guests do not just come to play laser tag. Here you can celebrate a holiday, meet friends and fry kebabs or even meet with business partners. 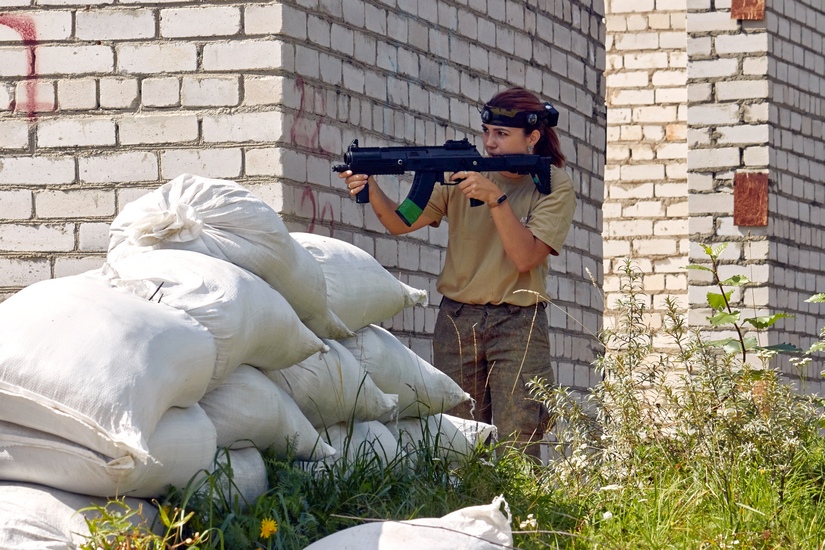 The battles themselves take place on a specially equipped playground with shelters. The playground can be located outdoors or indoors. The organizers must take care to ensure that game experience is as safe as possible: there should be no dangerously protruding objects, debris, rocks or twigs. Guests do not have to worry about anything - experienced instructors will make sure that the entertainment brings only positive emotions. At least that's what happens in clubs that cooperate with LASERWAR.

It is very popular to hold laser tag games indoors. As a rule, participants are offered all kinds of quests in which it is necessary not only to shoot, but also to perform game tasks. If you like when your emotions are on edge, take part in the zombie quest - a nice choice for a group of people who came to celebrate a birthday or New Year's Eve. It's an easy and fun scenario for team building. There are plenty of opportunities.

Outdoor games are no less popular than events on the club's premises. This offer is usually paid separately. It's often booked for children's and corporate parties. Laser tag equipment is often seen at city festivals and sporting events, where anyone can shoot with laser guns.

Finally, as we have already mentioned, laser tag fits perfectly into the programs of sports sections and primary military training in schools and vocational educational institutions.

Myth No. 5. You can only play laser tag in warm weather.

Nonsense! Laser tag is ideal for those who like to spend the winter actively. In this matter he beats other tactical games, and LASERWAR equipment proves that. Unlike in paintball, the infrared pulse doesn't freeze in the cold. The load on the batteries in the laser tag weapon is much less than in the mechanical airsoft game models. 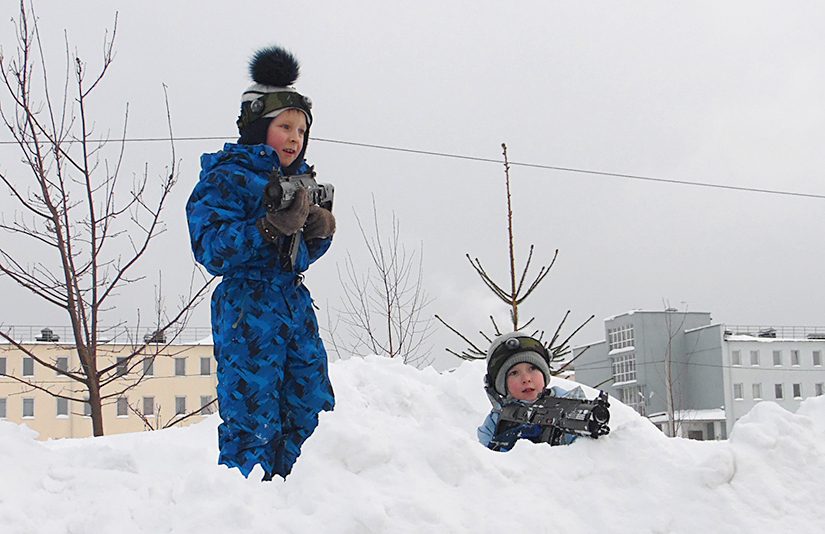 Russia is a huge country, and while in the south +10, in the north the thermometers can show 30 degrees below zero. We took this into account in the design and manufacture of our taggers, so even in frost above 25 degrees the batteries can withstand at least 12 hours of continuous play.

Of course, laser tag battles in summer and winter are different things. The winter laser tag has its own rules.

Myth No. 6. Laser tag is for girls and children only.

From fans of paintball and airsoft often you can hear that real men indulge in these activities searching for pain, suffering, whistling bullets and other horrors of fighting. They say that all the mentioned stuff is missing from laser tag and draws a conclusion: it is a game for kids.

This myth can be easily disproved by laser tag fans themselves. Thus, according to LASERWAR, men make up 62% of the participants in Russia's largest annual laser tag festival "May Manoeuvres". 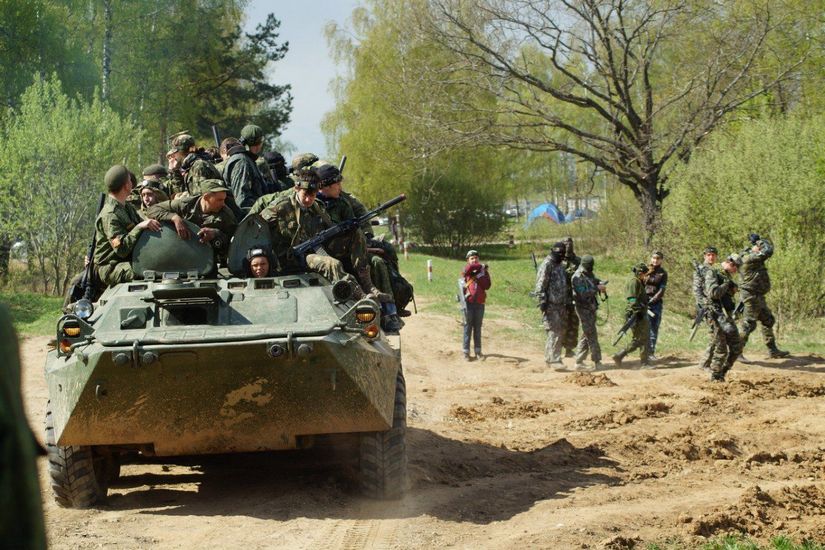 Of course, there are many children among the visitors of laser tag clubs. How can this be considered a game flow? Of course, that's not. The thing is, there are different sorts of laser tag. Equipment capabilities make laser tag experience available for both kids and adults who served in the army. Thanks to that laser tag became a truly family game that brings together different generations.

Everyone will find something they like. Beginners are offered to try their hand at capturing control points. Experienced players prefer complex plots with a high degree of realism - with marches on rugged terrain and ambushes in the woods. Yeah, playing laser tag, you won't be afraid to hurt your eye, get a bruise or paint your clothes. But how many would trade such "realism" for a safe holiday for the whole family? The answer is obvious.

Myth No. 7. Laser tag isn't as much in demand as paintball and airsoft.

Laser tag is younger and still less known than paintball and airsoft. These games have their own army of fans in many countries around the world. That's understandable: Airsoft and paintball were popular back in the '90s and had no rivals for a long time. But in the last decade, laser tag began to develop rapidly and noticeably squeezed out the usual military tactical games. Without further ado we declare that LASERWAR played a significant role in that. From children's entertainment with toy blasters laser tag quickly turned into a game with authentic weapons, elements of combat operations, military tactics and strategy. Regular players appeared; hundreds of rental clubs opened. Nowadays, regional laser tag federations are being actively formed all over Russia. The official recognition of laser tag as an independent sport is not far off.

The popularity of the game is growing due to a number of advantages over paintball and airsoft.

1. The laser tag is universal and suitable for people of any sex, age and level of training.

2. It's a fair game where hits are captured by electronics. There are no opportunities for cheating: the most apt and skilled wins.

3. Laser tag is safe. Participants do not need to be afraid of painful hits, because the game has no hitting element. The infrared beam in the taggers is harmless to the eyes. For these reasons, players do not need a protective uniform that constrains movement or reduces visibility. Just wear comfortable clothes and you are ready to go. Go here to learn more about the clothes.

4. Laser tag is a profitable business. You can start your own business even with a small budget. The equipment is relatively inexpensive, maintenance-friendly and can withstand rental conditions well. You can rent a space to organize your club, or you can start by playing outdoor games. The payback period is pretty fast. Then you can expand the arsenal, open branch clubs and so on.

These are just a few of the main reasons why laser tag is becoming more and more popular. A detailed comparison of laser tag with paintball and airsoft - topics for individual articles.

We are confident that over the years, our favourite game will become more and more technologically advanced, exciting and will attract thousands of fans around the world. A global server with data of thousands of fighters, online rating updates, own community, world championships - this is the near future of laser tag. That's how we see it in LASERWAR. And we'll do everything we can to make this future come true.