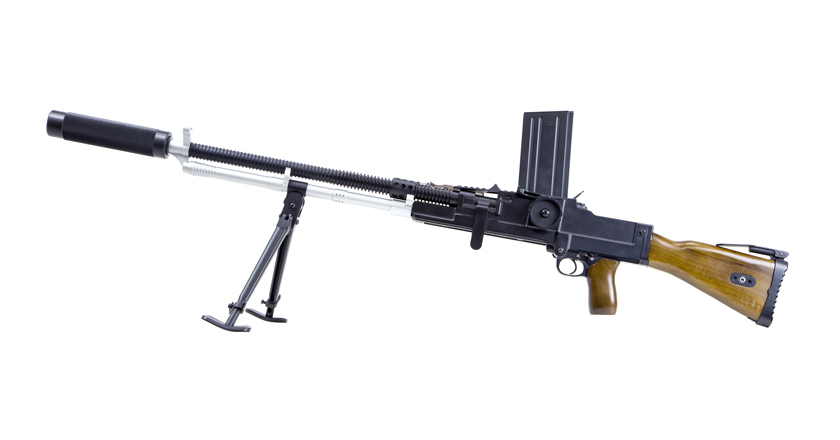 ZB-26 is a hand machine gun developed by a Czech armourer and designer Vaclav Holek. In 1926 it was introduced into service in the army of Czechoslovakia and was exported to 24 countries.

Over 120 000 machine guns have been manufactured in Czechoslovakia. The production of ZB-26 has been organized in Australia, Great Britain, Canada, India, Spain and China.

ZB-26 and its modifications have been used as hand and heavy machine guns and were mounted on some models of armoured vehicles made in Czechoslovakia.

The prototypes were used in the conflicts and wars of the 1930s - 1950s (the Second World War, Civil wars in China, Spain, Greece) and proved themselves as reliable and simple weapons. Thanks to the LASERWAR company, now there is a game version of this legendary machine gun. 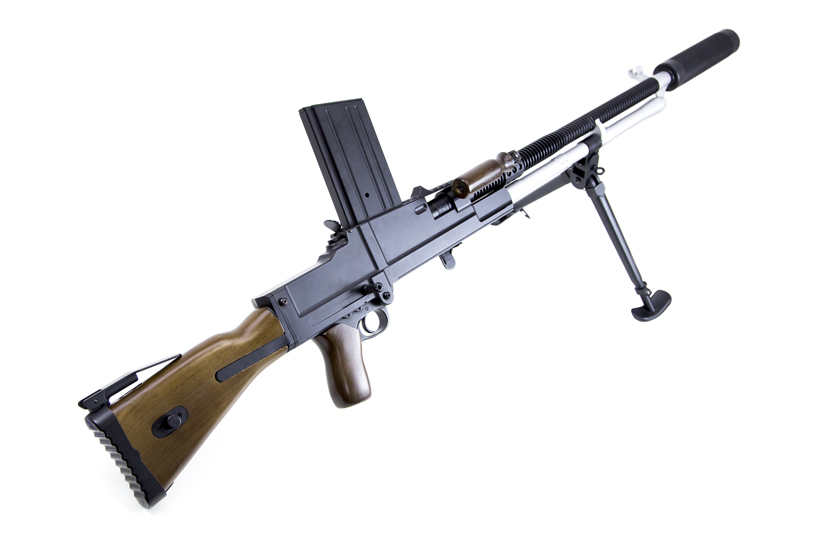 An airsoft prototype of exceptional quality has become the basis of GASHEK: when you hold the play set in your hands, you will feel all the power hidden beneath the gun barrel.

At first, it seems that the magazine attached at the top will be in the way, for it must obscure the standard sights. Actually though, the foresight and the foresight cover, the sight with an adjustment drum have been shifted to the left. The player feels comfortable as he lies down and shoots, and he doesn’t have to thrust his head out. 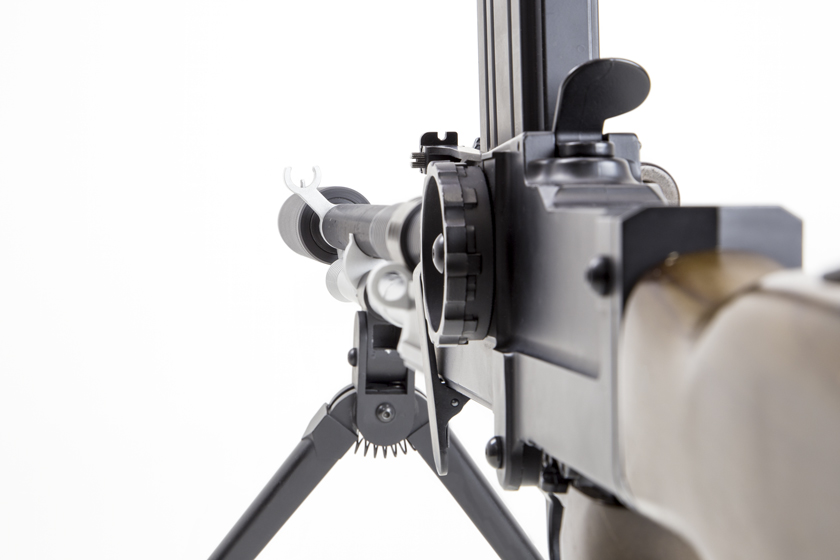 The design of the model is identical to its combat equivalent. The wooden inserts, the black and silver colours combination look balanced and stylish.

Construction elements used in the combat model have lost their original function but have preserved the movement mechanics: the stock shoulder piece can be thrown back, the clutch grip can be lifted up. This does not affect you game experiences, yet you must agree that it is nice when a model doesn’t look like a single piece of iron.

The frame, barrel and bipods are made from aluminium alloy. The magazine is made from steel. The gun grip, the stock, the carry handle are made from wood. The assembly quality is above all praise: the details of the frame do not jimble and do not sway.

Considering the material used, the model only weighs 6.3 kilos. This isn’t that much for machine guns, yet the experience from playing this game cannot compare to any other game with a rifle. Therefore, GASHEK will suit anyone who is used to getting the most out of laser tag battles.

Fitted inside is a li-ion accumulator with a capacity of 2.2 Ah. The machine gun will operate continuously for 30 hours. The rifle is reloaded using a bolt, switched on using the advance protection switch, the speaker is built into the magazine. 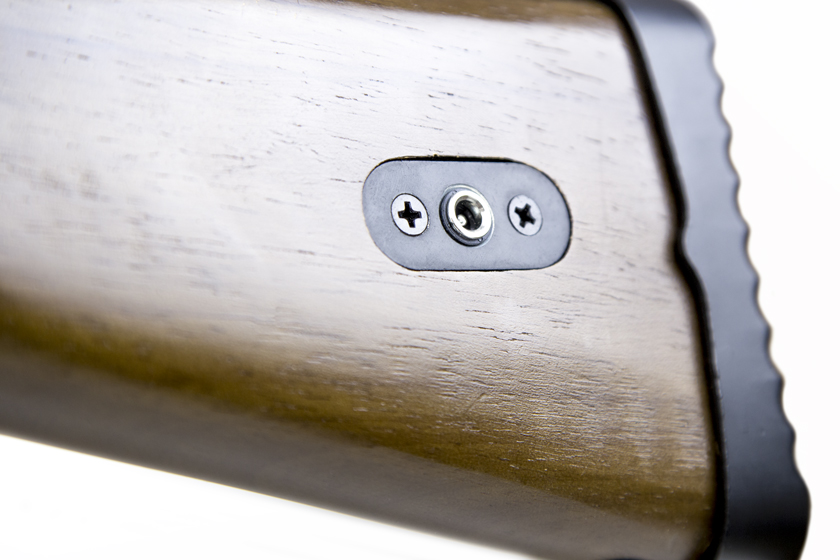 The grip and bipods are the principal parts that help save a player’s strength. They make the game comfortable, too.

The gun grip is massive. Yet as you hold the model with your hands, you understand that the size of the grip is justified by the weight and size of the weapon. The machine gun is comfortable to hold, though some efforts are required for this. Still it does not leave you with pain in your hand, does not chafe your hand.

The machine gun comes with foldable bipods. The feet ensure that the bipods hold the front part of the weapons really well. The comfortable fixing mechanism allows the shooter to set up the bipods within just a few seconds and get ready to shoot. 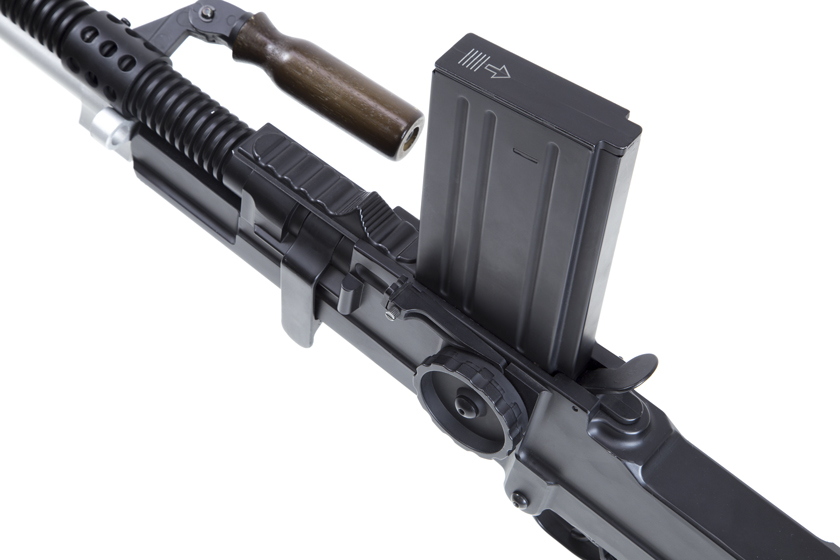 We kept the removable magazine in the construction of the blaster. This was done out of comfort considerations. If this detail is in the way it can be removed and the opening for the magazine can be covered with a special cap. The player will decide for himself whether he needs the model look realistic or whether he can omit some parts. 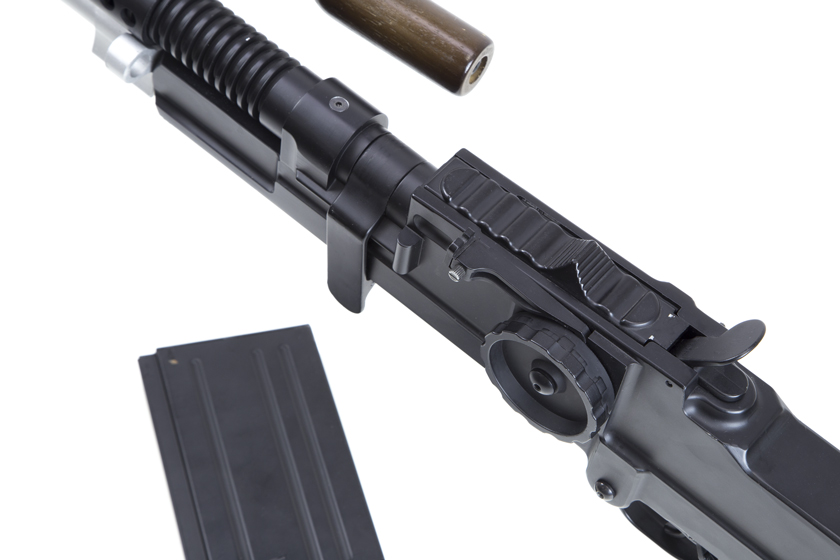 The sights are represented by a foresight and a foresight cover, a sight with an adjustment drum and a backsight. The sight is regulated by turning the drum on the left hand sight of the frame. ZB-26 effective firing range is 250 metres.

A new set costs 49 000 roubles. At this price, you will get a blaster your rivals are sure to remember for its look and power. You can buy ZB-26 GASHEK at our online store right now.