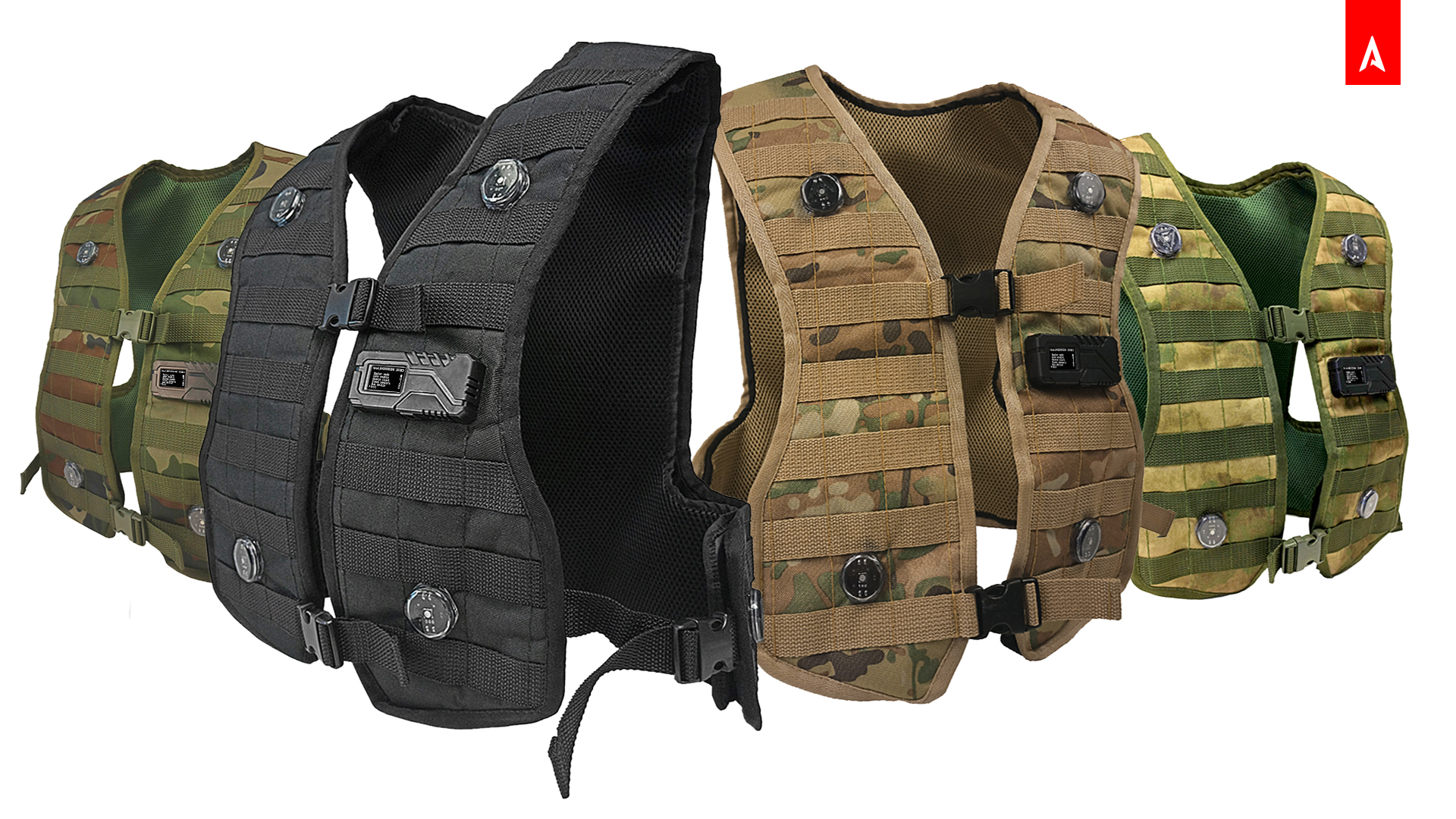 The Alphatag generation offers a number of important features for professional-level play and even more realistic combat. Outdoor laser tag vests have never been lighter or more technologically advanced.

The headband's electronics are used in the new vest as well. Because of the durable material and replaceable cuff, it will last for many years. It's simple to operate and adjust game parameters thanks to the OLED display control unit.

OLED display on your vest!

Built-in control units with a 0.98-inch display are included in Alphatag vests. Basic gameplay information is displayed on the screen, including communication with other game sets, status indicators and firmware updates. The charge level is visible in all sensor modes.

The instructor will be able to connect a second tagger using a hit sensor, or allow the fighter to wear a helmet, vest, and two weapons at the same time. Inside the control unit there is a processor and communication module.

You will not find a more unique solution anywhere else! The vest can now be used to control the game. When the software is turned on, the integrated display transforms into a mini remote control.

The eight hit sensors are hexagonal engravings with a branded logo. They are located on the back, sides and front. The sensors are positioned in a new way, covering the entire vest and eliminating blind spots, increasing the number of hit zones.

The photoelectric sensor's unique 140-degree sensitivity angle unmistakably detects even a weak IR pulse. It is equipped with light and vibration indication. When a player is hit, all sensors flash, except the one from which the shot was fired.

In the daylight, the bright sensor light is visible, and in the dark, it is clearly visible.

The new Alpha headband reveals the computer game's "Armour" feature, bringing it closer to real-world combat. In previous generations, such a parameter did not exist!

When opponents fire at it, it is reduced. The hp are reduced only after the armour has been completely destroyed. Armour can regenerate on its own depending on the performance characteristics after the player has escaped fire.

Only those who use a vest as a hit sensor have this option.

Playing without a tagger

The vest in the new generation of equipment is self-contained. The player can choose to enter the playground without using a tagger. To begin the game, activate the Hostage scenario, turn on the vest, and press the start button. Note that the waistcoat and headband can be used together or separately. Wearing a vest and a headband increases the hit zone and makes the game more dynamic: hiding from your opponent poses a real challenge. 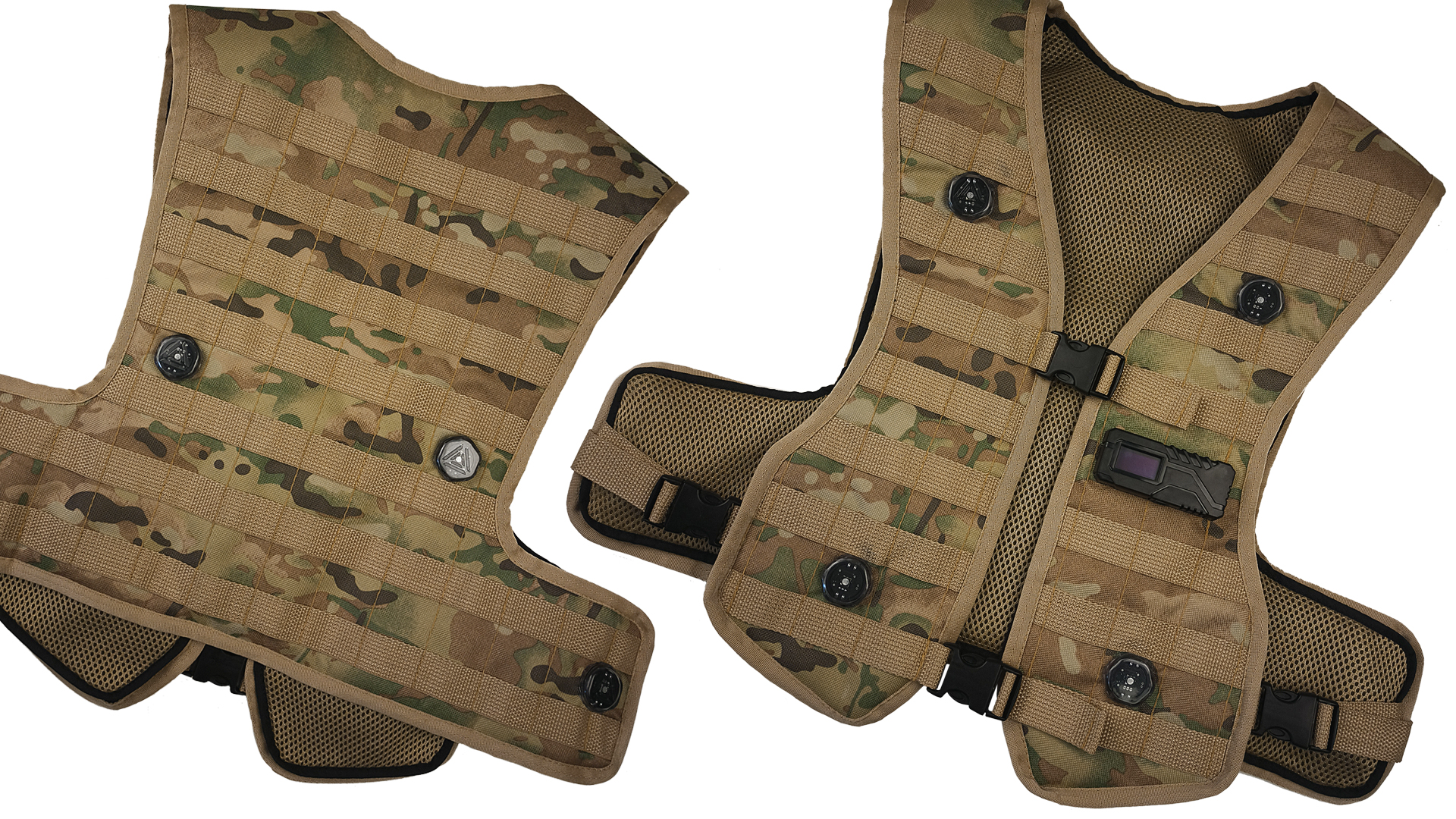 With the Wi-Fi module turned on, the power source is a powerful 10,000mAh external battery that lasts for 36 hours without interruption. This is a significant increase over the alternatives.  The vest can be worn in all weathers. Polycarbonate is used to make the sensors and control unit, which protects the electronics from scratches, drops, and other damage.

The three-layer breathable Air Mesh lining can be easily removed for washing. The vest itself is dirt-free, and any stains can be wiped away with a damp cloth. 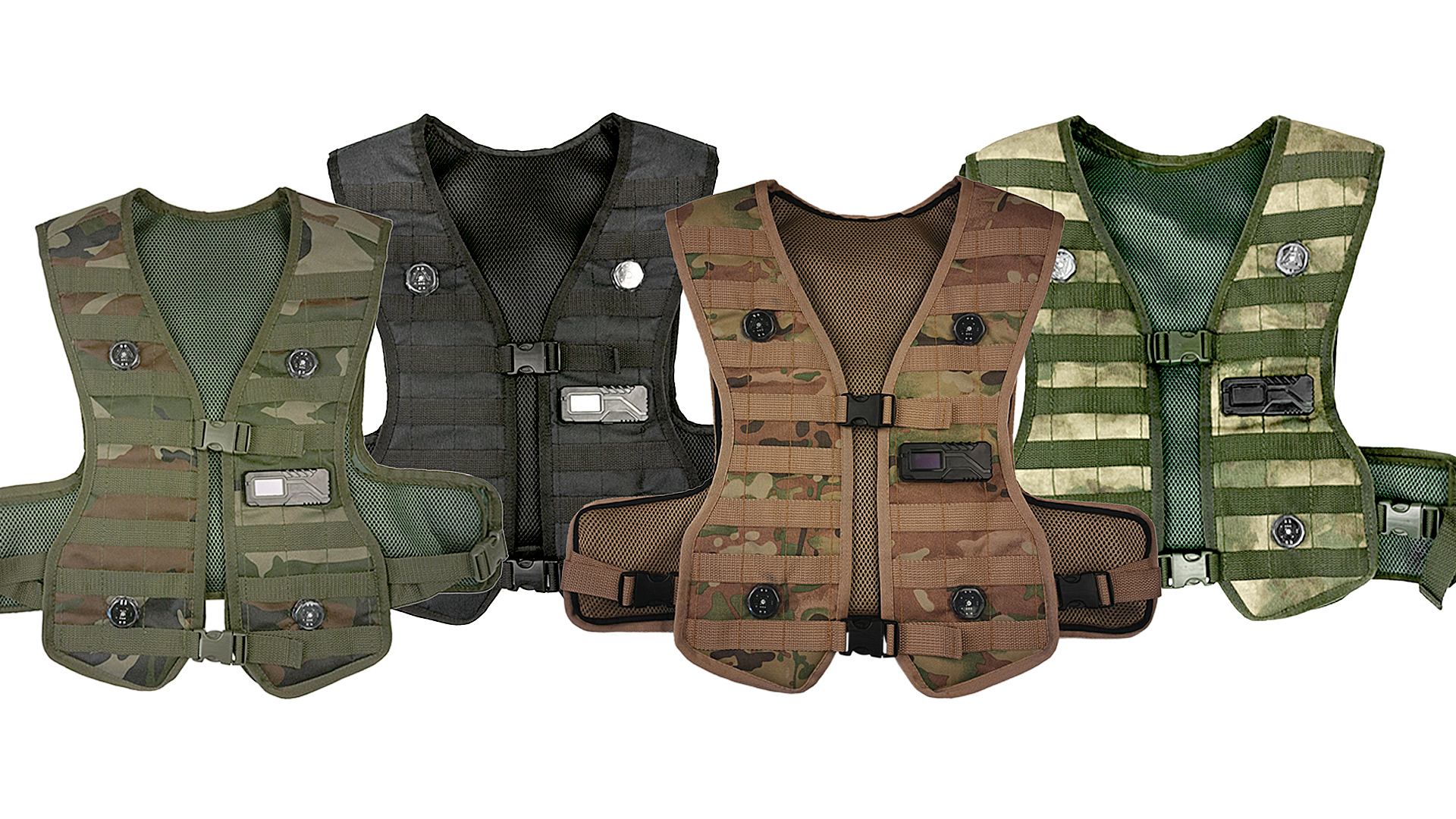 After hours of combat, the vest's weight does not feel or put pressure on the player. The four adjustable straps ensure a comfortable fit for both kids and adults.

A new type of the Alphatag vest uses cutting-edge software to communicate wirelessly. Smart NFC technology will ensure a fast connection to the tagger and other devices. Hundreds of hours of play will be possible thanks to the durable material and clever electronics. The vests are available to order in four colours.

Headband, helmet or vest? Figuring out sensors for Alphatag

We continue to introduce you to the features of the new Alpha tag generation.