Modernization is an essential element of our company’s work. We have thoroughly reconsidered the design and functions of our laser tag bomb. The new version has an anti-cheat function, is fitted with a seven-segment indicator and has an impact resistant body. Here is more on the advantages of the released model.

The look of the device blends well with the overall design of additional LASERWAR equipment. When designing the Crater, we used contrasting colors so as to bring out the most essential elements instead of distracting a player by not so important details. Yet the device has an attractive look: special type, product labelling and LASERWAR logo add up to the general impression produced by the product.

The gadget has a black plastic body. The mounting-plate at the back of the device enables a user to mount it on a wall, which makes it even more convenient and practical. The play bomb weighs 500 grams.

Fitted inside is a lithium-ion accumulator with a capacity of 2.2 Ah. The Crater will work continuously for 36 hours. It can be later recharged using any device of the Li+ range. A charger inlet and a switch lock are at the side of the device.

At the front of the device, you will find a red button, a seven-segment indicator, 4 infrared LEDs and 1 infrared sensor. The print on the sticker is of high quality, so it cannot be wiped out. The Crater will withstand any strain. When designing the sticker, we used clean lines, clear indication and we highlighted the main elements. The final result has an excellent look. Even a child will manage to set up and neutralize a Crater.

The functions are clear and simple. To activate the bomb, turn the key. Push and hold the red button for 3 seconds. Upon this, the Fire message will appear on the screen. This means that the device requests confirmation that the player that has laid the bomb is alive. To activate the countdown to explosion, the laser tag player must fire a shot to the device.

To demine the bomb, follow the same steps. Push and hold the button, now for a 5 second time interval, and confirm that you have not been killed by shooting the bomb. After you have done this, the bomb will be neutralized. Should the player get killed during the process of deactivation, the countdown will continue.

We aimed to make the scenarios that involve using a bomb as clear and honest as they can be. All game actions in laser tag are processed by the electronics, which is another asset of laser tag. There will be no confrontation about who has been hit by whom, or whether a player was alive or not. The Crater is yet another device that conforms with this principle.

To switch to the configuration mode, push the button and turn on the device. You can select the time left till explosion by means of the button. You can choose any value between 1 and 99 minutes. Having made the selection, the player needs not to confirm it -  the device will save the settings in 10 seconds.

Launch a new game by using any LASERWAR remote or just by turning off the device and then turning it on again. The settings of bomb time, demining and confirmation by shooting can be changed by means of a LASERWAR configurator. In our next program update, we will give extensive information on editing these parameters. 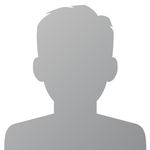 12/14/2018
I bought the device on the advice of the STALKER club. I started using it in my laser tag club. I like the quality, a firm display. We play scenarios where you have to plant a bomb nearly every day. The scenario is as popular as 'the capture of the control point'. Very satisfied. I high recommend the game set.
Only registered users can post reviews. Login or Register, please.