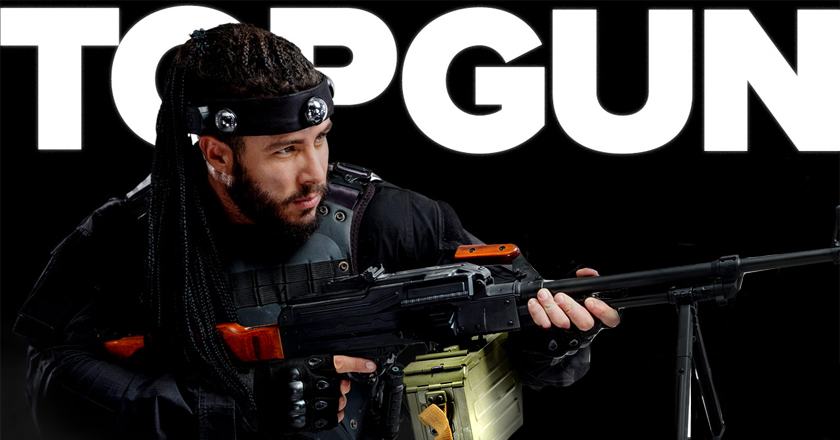 On October 6 and 7 a laser tag tournament for the Cup Top Gun in the city of Ukhta will be held. Its organizers are the famous Komi Republican sports-tactical Top Gun club, a regional branch of the Young Army Cadets movement, the municipal culture center in the name of G. A. Karchevsky.
LASERWAR employees representing the Smolensk public organization for sports laser tag also went to the Republic of Komi to support the competition. The participation in such tournaments has become a tradition for our company. Previously, LASERWAR specialists were responsible for holding laser tag competitions dedicated to the 75th anniversary of the Kursk battle, regional competitions in the city of Ramenskoye, Moscow region and the international tournament in the Smolensk region.
In Komi, representatives of LASERWAR will again act as judges of the tournament. Republican competitions will be held according to the regulations of the sports Federation of laser tag. Battles will unfold on the territory of the sports complex "Burevestnik" in Ukhta. By the way, this is the first tournament in Russia, which will be held in an enclosed area. The competition area will be equipped with inflatable figures from LASERWAR, participants will also use the equipment of the Smolensk manufacturer.
The main objectives of the competition – the development of laser tag as one of the elements of pre-conscription training of young people, the promotion of healthy lifestyle and leisure activities, as well as the involvement of children and adults in sports.
More than 500 laser tag fans from different cities of the Republic are going to try their luck in the competition. The organizers divided the participants into age categories: boys 6-8 years, girls 6-8 years, girls 9-11 years, boys 9 to 11 years, juniors 12 to 16 years, adults 17 years and older.
The tournament will be held in Capture the point mode and based on the Olympic system. The first day of the competition will begin with the registration of teams, continue with instructions and drawing procedures, after which the qualifying round will be held. On October the semi-finals of different age categories will take place, the winners of which will compete in the final fights. The laser tag tournament will end with the awarding of the winners.
We wish all participants a fighting mood and successful games!