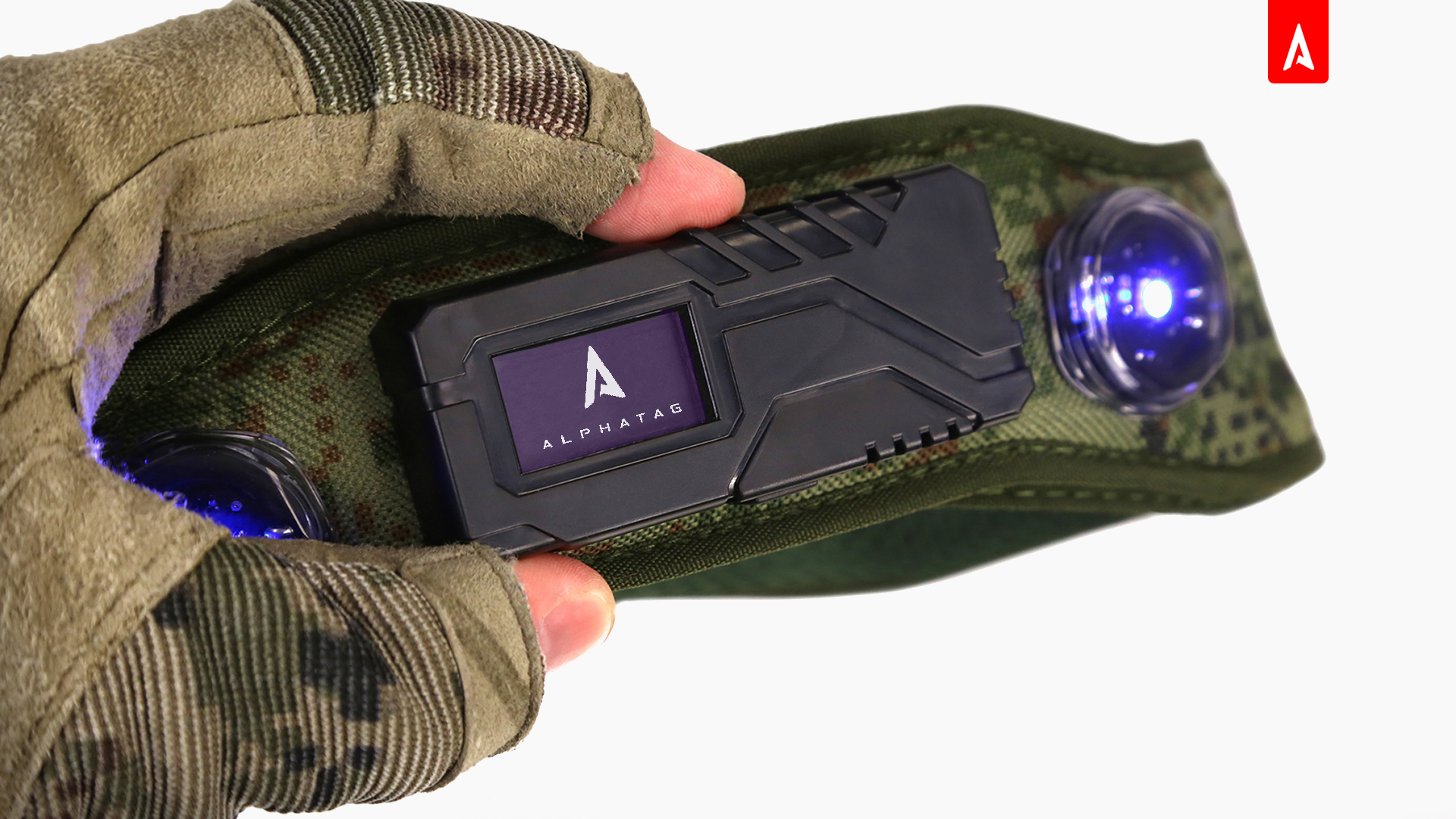 Many competitive advantages are included in the new generation of Alphatag equipment. It is intended for professionals and ensures reliability in every detail. Our customers have already had the opportunity to see the unique OLED displays on the hit sensors and taggers.

The majority of the time, OLED display control units on headbands/helmets/vests serve as a special tool for the instructor. It can, for example, configure the hit sensor to connect a second tagger or allow a fighter to be fully equipped with a headband, vest and two weapons all at once.

All basic information is recorded on the headband display. When the main sensor is turned on, the OLED displays the sequence numbers and names of the devices that are connected to it. For the first time, Alphatag can connect up to four devices at once, a feature not available in previous generations. We plan to expand the functionality to seven devices in the near future.

In idle mode, the headband display shows the device name, percentage of charge, and Wi-Fi connection status. Except for Wi-Fi, the tagger's display repeats the same readings.

The monochrome OLED display aids team members in orienting themselves in the game. You have control over the tagger-headband connection even at this early stage. A tick icon will appear on the displays after a successful connection to indicate that you are fully prepared to play.
The headband automatically connects to the tagger when they come together. The gun's OLED display will show the name of the sensor with which it has been paired. When a large number of game sets are turned on at the same time, this function comes in handy.

When the game begins, the tagger displays basic information about the player. Aside from battery life, it will be able to track remaining health, ammo, firing mode, damage inflicted, and armour points (in the case of using the vest as a hit sensor).

Never before has an OLED display had as many parameters as in Alphatag equipment. The high brightness makes it possible to see all indicators even in daylight. The abrasion- and impact-resistant glass protects against falls and knocks. The display has record low power consumption and a large operating temperature range.