12 teams fought for the Katyusha cup in Volgograd 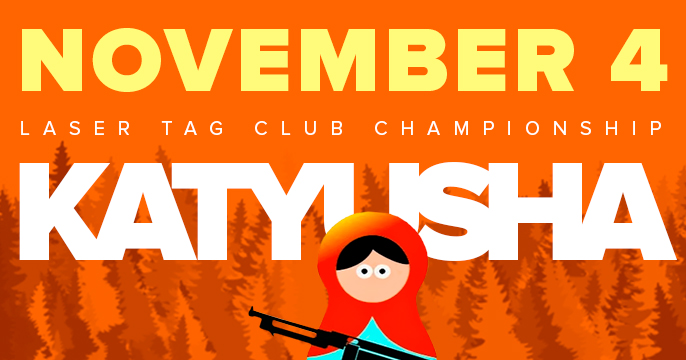 On November 4, the twelfth laser tag tournament for the Katyusha cup was be held in Volgograd. Its permanent organizer is the laser tag club of the same name. The participants of the competition traditionally use the LASERWAR equipment for playing.
The tournament for this cup has stood the test of time and is very popular among fans of laser tag battles. It's hard to believe that in May 2013 it all started from small town competitions. At that period of time, the wired equipment only was used. Today these interregional sports competitions unite the strongest teams from the cities of Stary Oskol, Rostov-on-don, Saratov, Volzhsky, Volgograd region twice a year. The composition of players changes, the regular participants were joined by newcomers. The venue of the tournament – the hero city of Volgograd remains unchanged.
Once again, the teams gathered on November 4 to test their accuracy. You can find exciting photos from the event at the official tournament page on Vkontakte — a Russian social network. In total, six teams fought for the victory.
What else is known about how the competition went?
To participate, a team needed 140 $. The team should consist of eight plus two substitute players. The performance of the team without substitute players and/or with the number of participants less than eight is allowed, the team doesn`t receive any bonuses in that case.
A field kitchen was be opened, which means that players could count on hot food and fresh tea.
Traditionally, the winner will be able to play for free in the next tournament. By the way, the strongest participant of the previous 11th tournament for the Katyusha cup SPRING 2018 was the Legend-Cascade team from the city of Stary Oskol. The winners are:
3rd place - Thunder Fury team from Rostov-on-Don.
2nd place - Ghosts team from Volzhskiy.
1st place - Psychos LT team from Volgograd!
The winner has received a large and shiny cup, since the tradition of receiving a cup started last year. Congratulations to the winners!