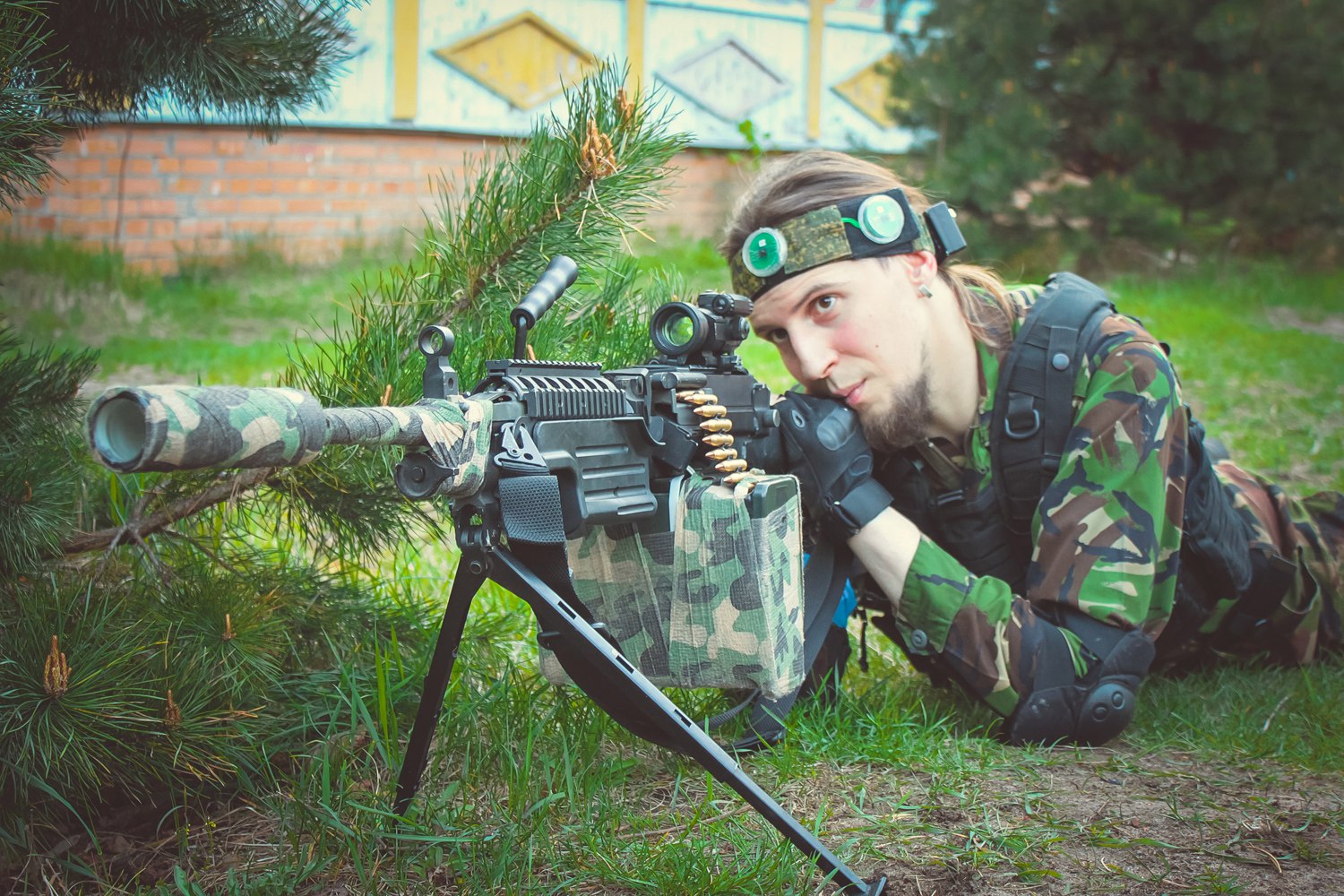 Terrorists and special forces are engaged in the fight. Terrorists want to transport a stolen battle tank through peaceful territory. Special forces must stop them and ambush the bandits. A tank can be a cart with high sides, where a tanker who is not allowed to leave the car is sitting. The tanker has a large number of bullets, 200% of life and kills opponents with three shots. The helmet on this player's head covers three front bandage sensors. The tank follows a predetermined route from the terrorist base to a dedicated square next to the special forces base. It is in this square that terrorists must bring their tanker alive to win the battle. Special forces must destroy the tanker at all costs. The tank is driven by another player in the terrorist team. Once that player is killed, the instructor commands: "The tank is hit" After that, the hit player runs to the base and the tanker shoots at the enemy. Any ally alive can now drive the tank further.