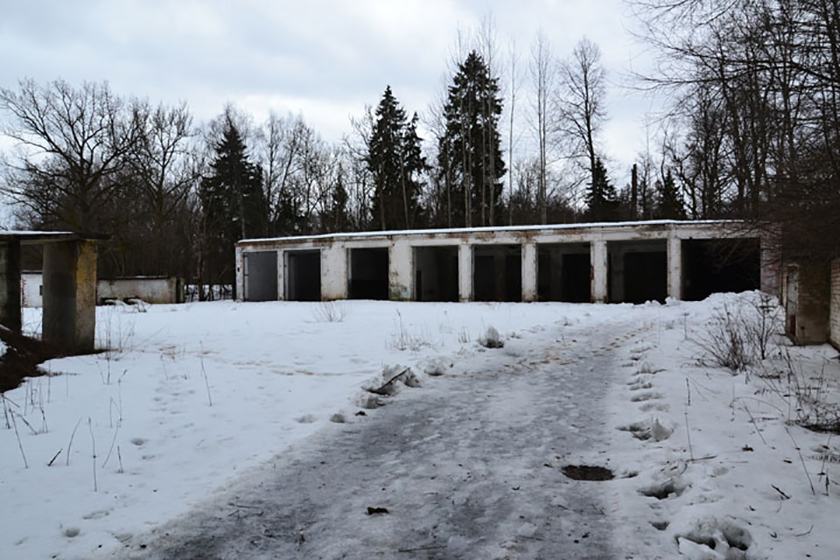 While searching for a place to hold a game, you may come across polygons that stimulate your imagination. You want to grab a blaster go to the battlefield right away. One of such game polygons can be found in Latvia: 50 km away from Riga, there is Sigulda.

Possibly, in the nearest future, international laser tag competitions will be held here, for there is everything necessary for this: 5 awesome arenas, experienced instructors, LASERWAR play sets, good outlook for development.

In this article, we are going to talk about a polygon that is on the territory of former army quarters. There, all the conditions for fun games in various modes have been preserved. At the moment, little is known about the army quarters. At the time of the USSR, a battalion of signallers was stationed there. It became part of the Latvian Army after the USSR collapse. A training unit was created there afterwards. It was disbanded later on and the territory became part of the municipality. The polygon was neglected for quite a while. Buying the territory from the municipality was a painstaking process, because it had been planned to use the territory for building a large hotel, spa and open saunas. Yet those plans were not to come true: demolition of the existing constructions would have been rather expensive. Due to the fact that there were no polygons of the sort either in Sigulda or anywhere else in Latvia, a decision was made to organize a laser tag playground there. Besides, the territory of the former army quarters was suitable in particular due to its special atmosphere. 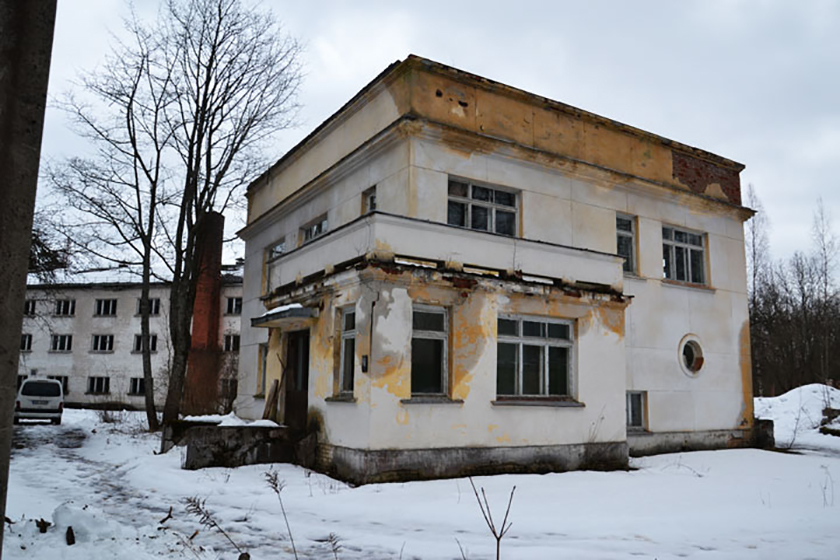 It has now become a major polygon, a favourite entertainment area for all the Latvians and town visitors.

5 arenas are now available for players, as well as a variety of scenarios: Death Match, duel, demining, checkpoints – this is far from the comprehensive list!

Organizers recommend that players should start with this arena. Here, they can warm up for other games. The tactical field makes a great tactical field for younger laser tag fighters (7 years old and above). Safe territory, free from dangers. A game on the tactical field will bring players into the state of combat readiness. The instructors will show you how to execute fire in the field and conquer the rivals team or, on the contrary, only protect one’s own life by applying the battle scenario with the friendly fire function. Here, everyone stands by himself. 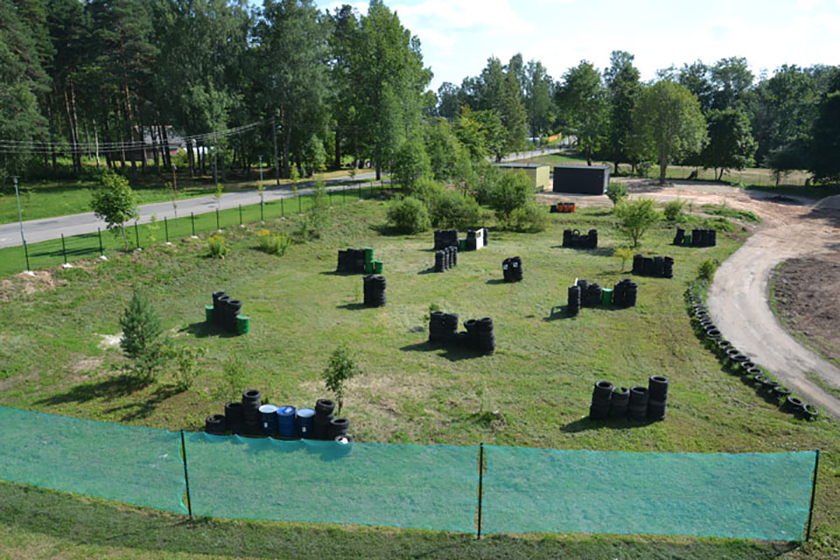 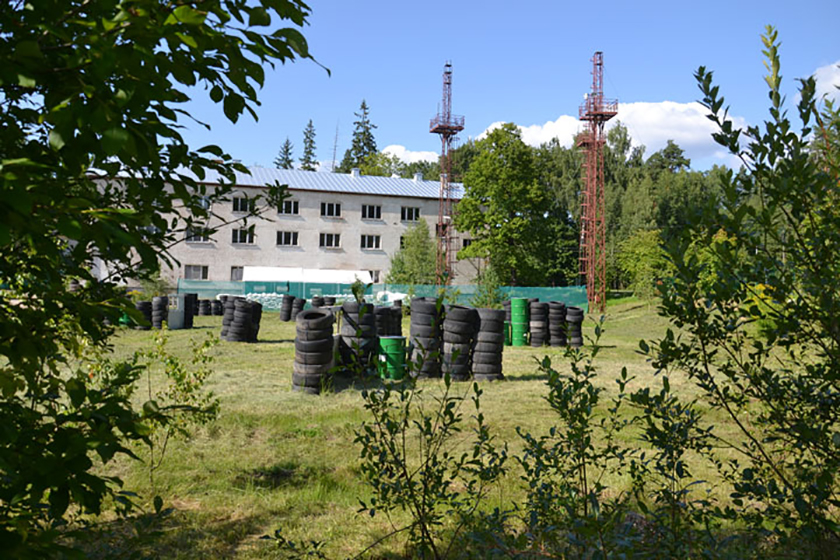 This arena suits positional games more. On the territory of the car park with an old repair base, there are military vehicles that can be used when there is the need to hide from rival’s fire. The size of the area is big meaning that players will need to agree on their actions in advance. As teams get closer to each other, they strive to take better positions, using every chance for this. No mistakes are allowed. After the first large scale battle, the defeated team moves back to the last position and it all starts again. An attack, defence and an uncompromising fight in the end. This is just the tip of the strategic iceberg. There are going to be local assaults, equipment capture, a security check point and places for setting up bombs. To create the right atmosphere, old NATO cars were brought to the car park: two Volvo lorries, four Volkswagen jeeps, one Chevrolet with a body. 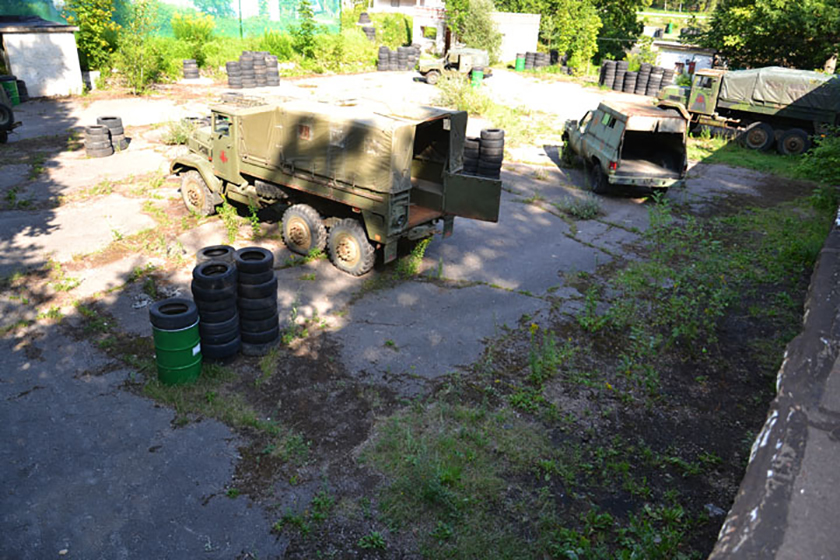 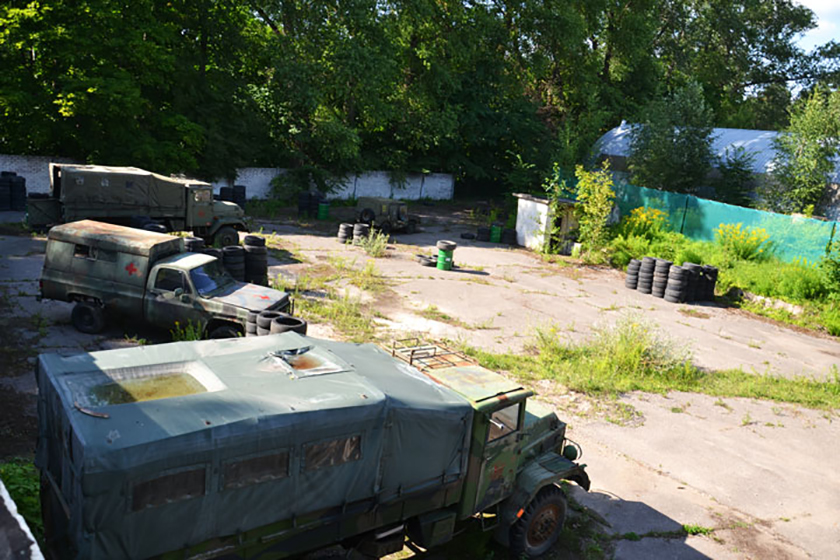 Authentic look, a fatigue man post, a rest area, a storeroom, the drone of the army company. Players must adhere to safety rules, for they will have to storm the building using stepladders. There are 3 floors, a lot of corridors, obstructions, barrels, all of which make great hiding places, from around which players can attack their rivals. 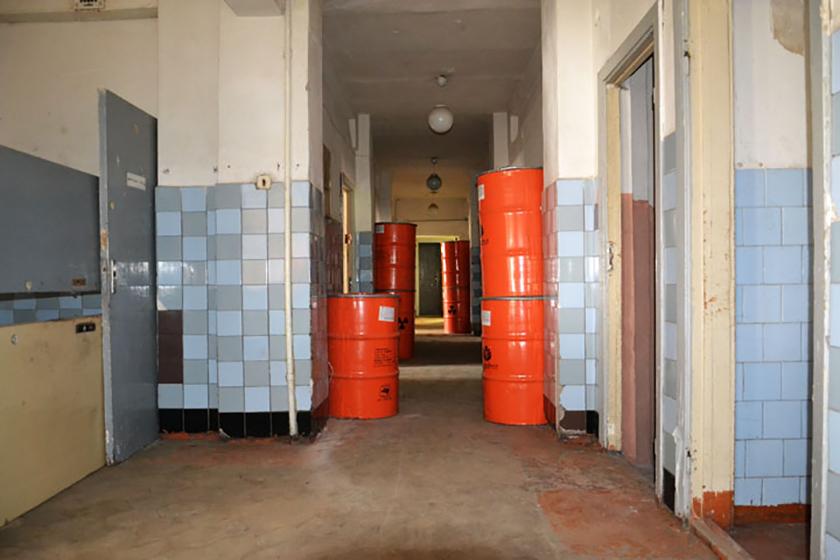 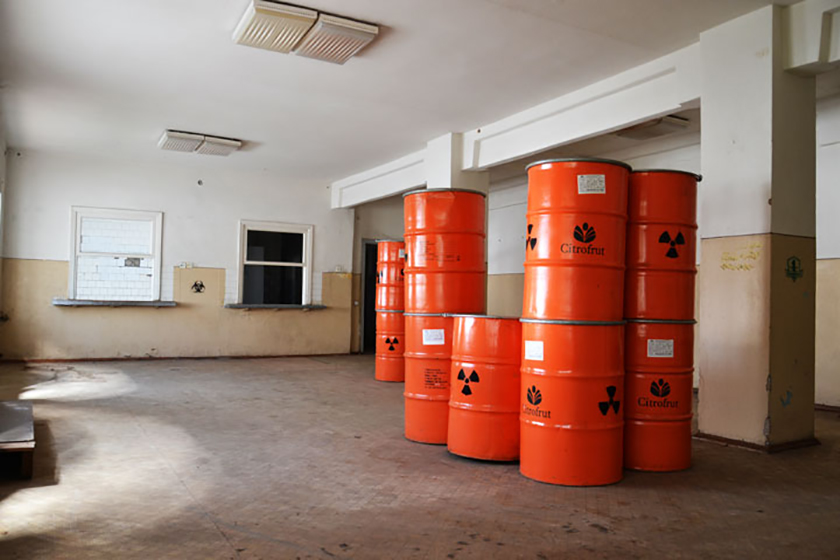 In wartime, the hangar was used for storing ammunition, petroleum products, vehicles, as well as uniform for troops and tools for tidying up the territory of the army quarters. Battles are fast-paced here, for there is less space in the hangar than there is in the barracks. To get advantage here, one needs to bring into play the first floor by taking hold of the key positions. Doubt not, getting you out of the first level balconies will be a rather complicated task for the rival. 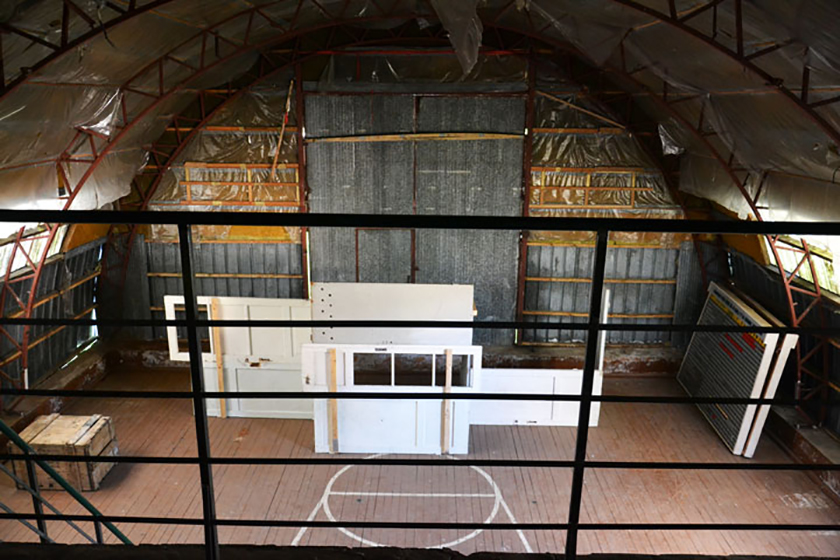 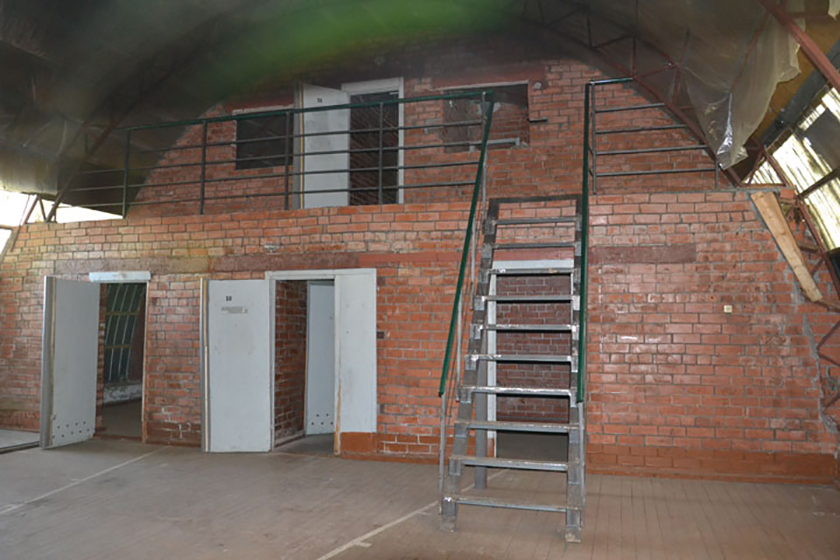 In war time, combat missions were set forth by the commander and the subunit’s military standard was stored at headquarters. Fatigue men were appointed – they guarded the standard carrying a sub-machine gun across their chest. It is worth mentioning that the building is well balanced. A room for a diesel generator (it used to generate electricity for the needs of the army quarters) is adjacent to the headquarters. It can serve as a starting point for one of the teams, while the second team can start from the other side of the arena, through the main headquarters entrance. 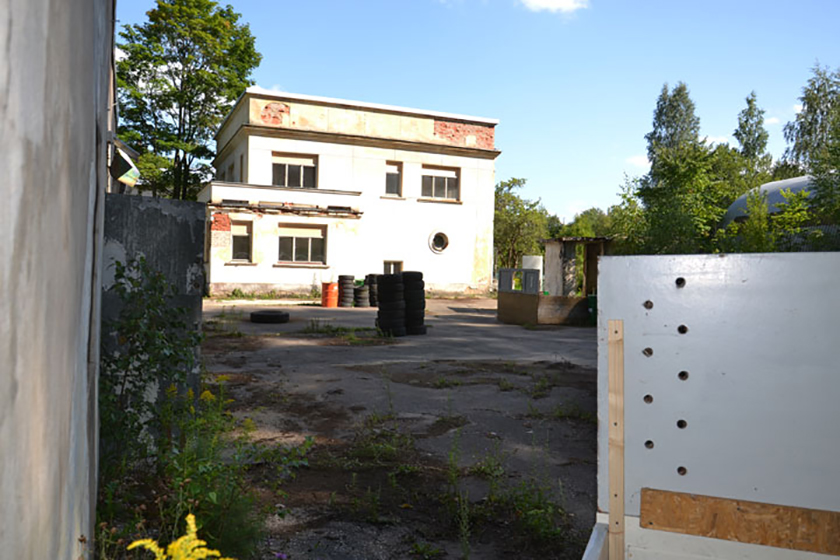 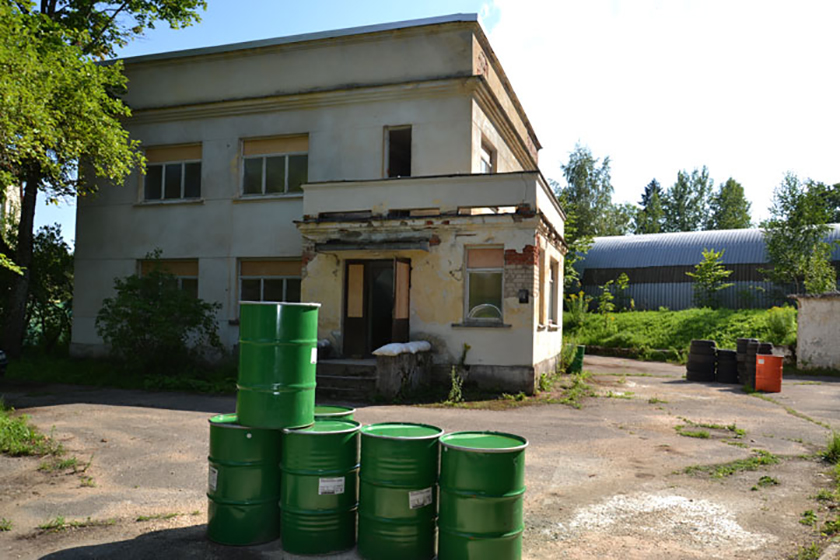 The polygon is well-regarded not only for its arenas, but also for careful attitude to people. There are two modules on the territory with changing rooms and a shower room. There, customers can refresh themselves and sort out themselves after intense battles. 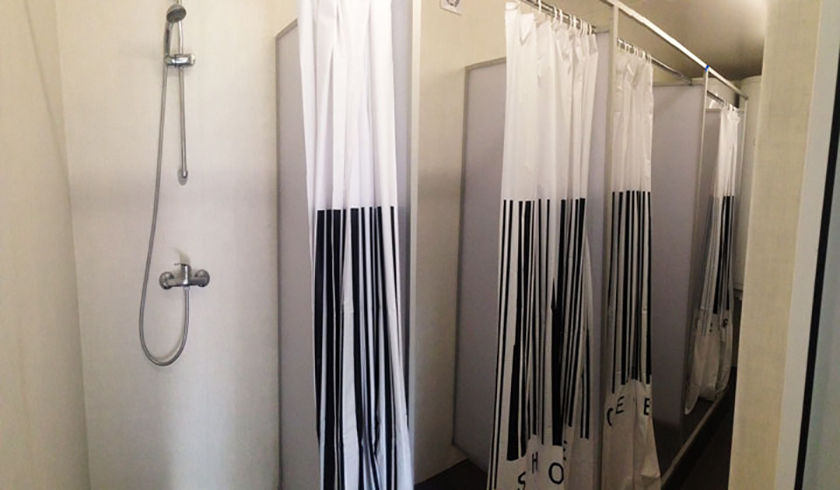 Besides, the organizers took a responsible approach to the matter of storing blasters and laser tag equipment. A former security check point at the entry to the quarters territory now serves as an armoury. It had been planned in such a way that two rooms appeared to be next to one another: an armoury and a repair room – allowing for quick repair and recharging of play sets. Across the whole wall and the window alcove, there are two-level stands in the armoury. At the centre, there are shelves for headbands. Besides, there are sockets across the wall that are used to simultaneously charge all the equipment. Shelves for devices have been put on the other wall. The space has been used in a balanced way to accommodate over 100 play sets. Everything is within close reach. The thoroughness of thinking out of each matter is what distinguishes real professionals among others. 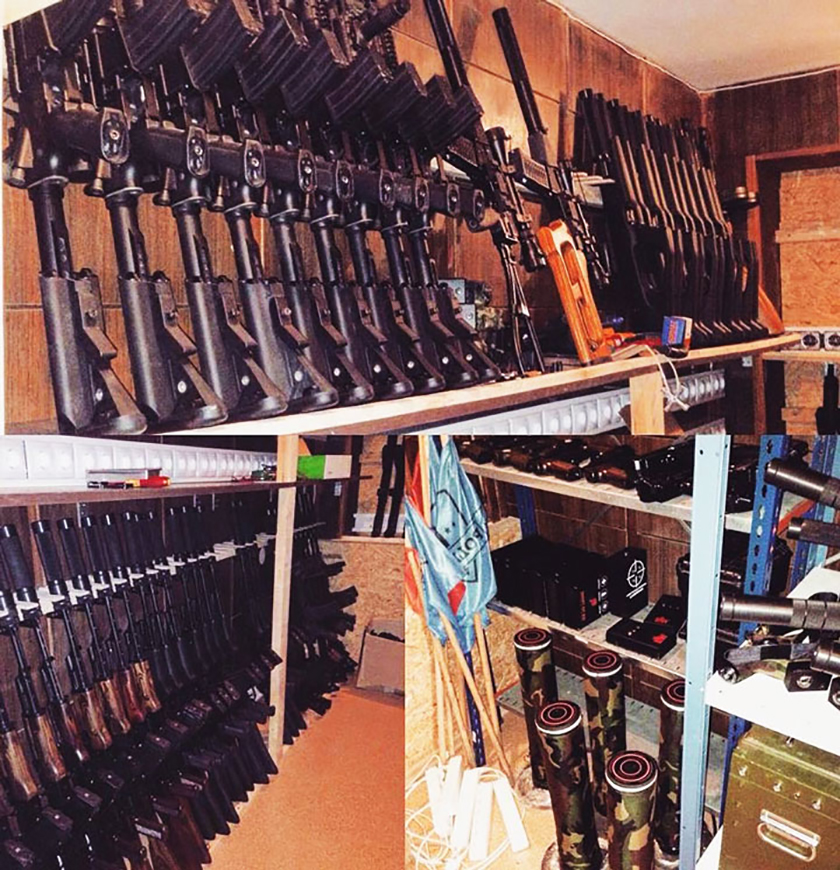 One of the major goals that the organizers want to achieve is the development of laser tag in the region followed by holding local tournaments, as well as international ones. In the nearest future, they plan to register a federation of sports laser tag and develop an annual game season. A web resource for the federation is about to be launched. Players, teams and clubs will be able to register on it; it will also be possible to trace game statistics, players’ and teams’ overall rating on it. Tournaments results will be published on the website. It will be made possible to invite another team, say, from a different town, for combat.

The near-term plans include the development and provision of the necessary facilities on the second polygon with an enormous territory of 4 hectares of forest land. The number of strategic battles is going to significantly increase, for the organizers want to utilize earth and timber emplacements, dugouts, natural fortifications. Moving on to the next level of battles is only possible if the organizers are able to apply appropriate and consistent solutions. The LASERWAR company fully acknowledges professional competence of their colleagues and will support laser tag development and promotion in Latvia. 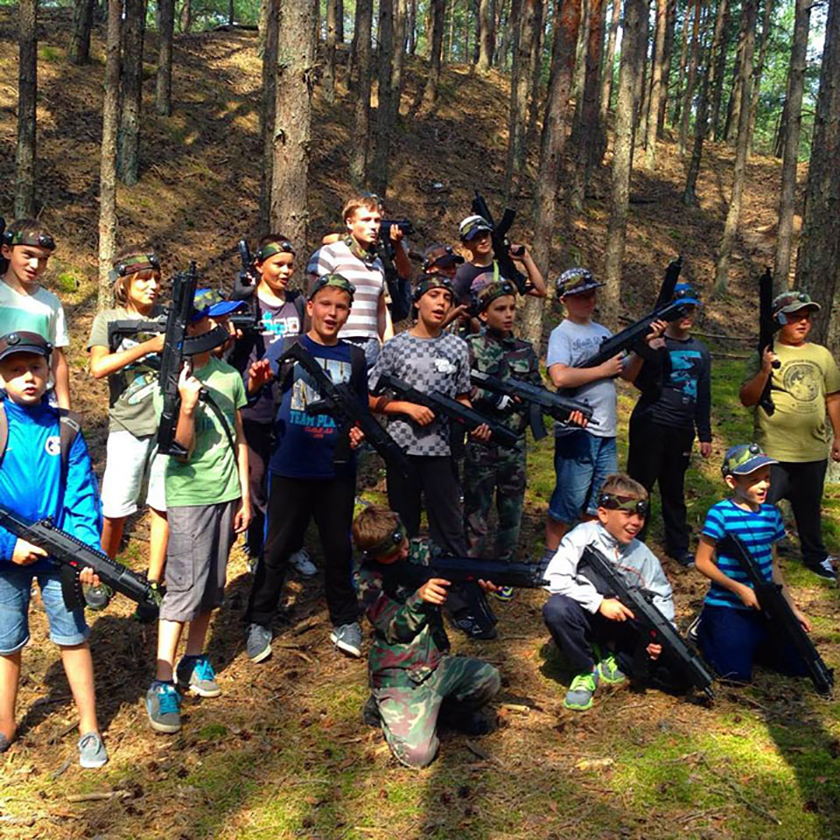