May Maneuvers 2016: thank you for the game 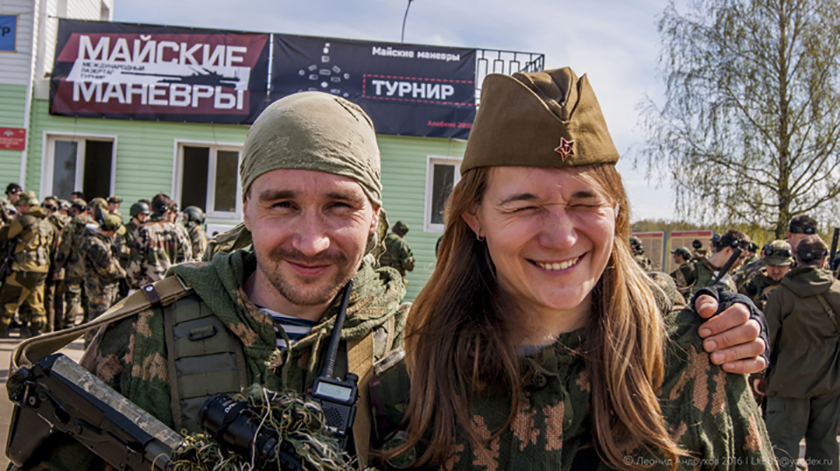 May Maneuvers are not just games – these are events that bring together hundreds of players every year. 519 people participated in the MLT in 2016. Every year, the number of players increases, which proves once again that the May laser tag tournament is the biggest event that unites people not only from different cities, but also from different countries.

Organizing such a tournament is not an easy matter. It is not the number of participants that represents the greatest difficulty – that is just the tip of the iceberg. Informational support, organization of daily needs support, weapons settings development, creating the main scenario – these are far from all the responsibilities of game technicians.

LASERWAR eagerly took up the organization of the May laser tag tournament. If you have missed the biggest laser tag event, then this article is specially for you.

A heating debate concerning where the May laser tag tournament should be held commenced long before its start. Many players who relied on the Lenmar organization group, were sure that it would be Mokshino.

We will drop the details and say just that those events were not to come true. There was no certainty about the status of the MLT for some time: the old organizers declined the offer to coordinate the game and there was no one else to take up the job.

As time went by, there was just one solution remaining: we decided to take up the May Maneuvers. That was a tough decision for LASERWAR. On the one hand, we felt responsible at the players – we can’t have let them miss out on the biggest event in laser tag industry. On the other hand, less than two months were remaining to start and the only available polygon that was suitable for holding laser tag games was 400 km away. Besides, the company specialists were busy as usual with their primary responsibilities (for we are a laser tag equipment producer – not a game organizer).

But the responsibility we had to players forced us to commit ourselves to the matter: on 11 March, 2016, an official announcement of the event was published on our website. The details about the polygon, the date of the event, and an outline of the plan of action were stated. 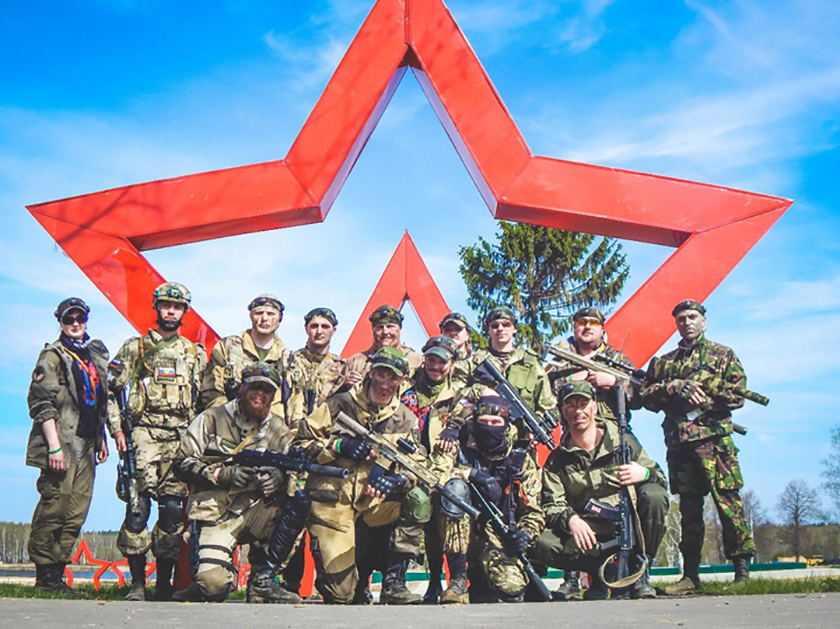 After that, the rest followed: the event regulations, the timetable of the game, the development of new firmware for devices, game settings, hunger games, team tournament, banners design, the arrangement of water and firewood supplies. The work went on till 3 a.m. Everything was done quickly and efficiently.

Yet we did not manage to publish the whole of the material that we had gathered, nor did we manage to answer every question. We certainly admit our fault there. We decided to devote extra time and effort to issues of greater importance at the time, instead of spending that time on publishing some of the materials. We developed a website devoted to the game, drafted a topographical map, decided on the placement of game objects. We hoped to clarify all the aspects not only online, but also during the event. Which is what we succeeded at: the majority of players noted that none of their questions were left unanswered. We are rushing ahead, though. 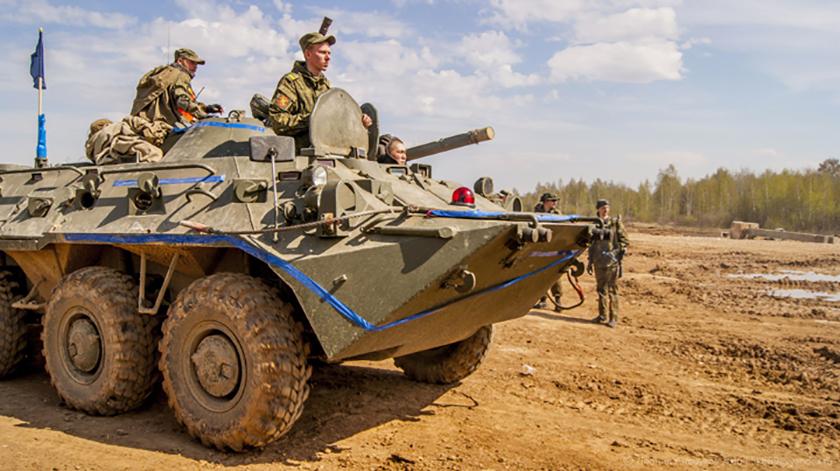 A military checkpoint, password at entry, and there we reached the place. We set up the point of players’ registration and equipment, a technical support service, exhibition stands and started waiting for the arrival of the first players. The participants of the Staya team and the Kovdor team were the first. It was then that someone from the technical support service noted: it’s only 11 am and players have already started arriving – how many in total should we expect to come?

519 people – we were not ready for that figure. The point of registration and equipment finished off close to midnight on the first day. Waivers, stickers, paying fees, firmware, registration – every player of the May Maneuvers had to pass these procedures. At times, there were small incidents during that stage, for all the participants wanted to be through and out of that as soon as possible. But they were set back for clear reasons.

Could the process of registration and equipment be made faster? Considering the resources that the organizational group had at hand, hardly so. It was important to put each participant on the list and state the number of the weapon he had received. Using that information, we revealed some unscrupulous players that had changed the settings.

Besides, players’ nicks, teams and website log in details had to be noted down. That information was used when dividing players into opposing sides. The volume of information doubled compared to previous MLTs. If we multiply this parameter by the number of participants we will get a rather long process of registration. In spite of the difficulties, our company specialists managed noting down the abovementioned points just fine.

The registration and equipment segued into night-time Hunger Games. There was some confusion during the first rounds. After the three test rounds, though, we adjusted settings and a relentless fight for the prizes began. During the test rounds, some of the participants dropped out. Therefore, the remaining participants could fully concentrate on the game.

Temporary unions, disguise, precise shooting – all these became indispensable features of the night phase. The explosive device simulator was yet another problem to be solved – it had to be demined. Only when that condition was fulfilled a player won the round. The problem was that when a participant started deactivating the device he became vulnerable as a rival could defeat him at any moment. Players had to be composed: those were seconds during which it became clear whether a person was going to become a happy owner of a Predator or not. Few were awarded prizes: during the 6 rounds only 2 participants fulfilled the task. 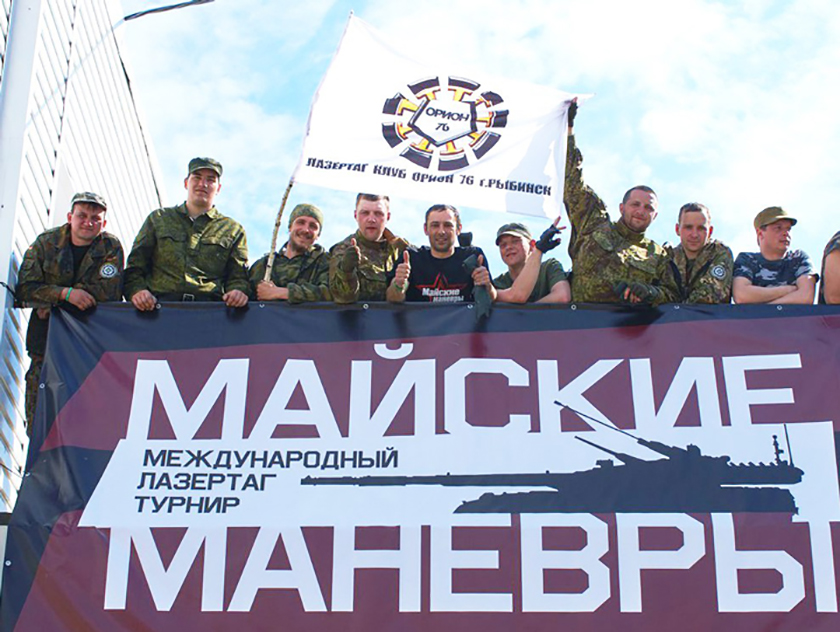 That was the first time our company showed such a game format. We wanted to share the very idea with the players – that mattered the most. We are absolutely sure that Hunger Games will make one of the most popular formats not only at big events but also at clubs. Certainly, the final regulations required some amendments.

The number of participants had to be reduced (to up to 50 people). Besides, we had to relocate the explosive device simulator: it had to be 50 metres away from the start and from players’ activation and as far from the dead place as possible. We have to design special weapon firmware, which will allow friendly fire activation not just for one round but forever.

These are the points to consider when holding games of this format. A new format always incurs risks – it provokes not only discussions, but also criticism among players. Yet we believe that being new to the laser tag world, Hunger Games fascinate participants by the variety of tactics and strategies and make them forget the ‘standard’ scenarios altogether.

In our case, the Hunger Games were over by around 4 am. We received a lot of ‘thank you’ words from the players leaving the combat territory. That meant a lot to us considering the fact that there was a scenario game ahead, in which positive mood played a significant part. 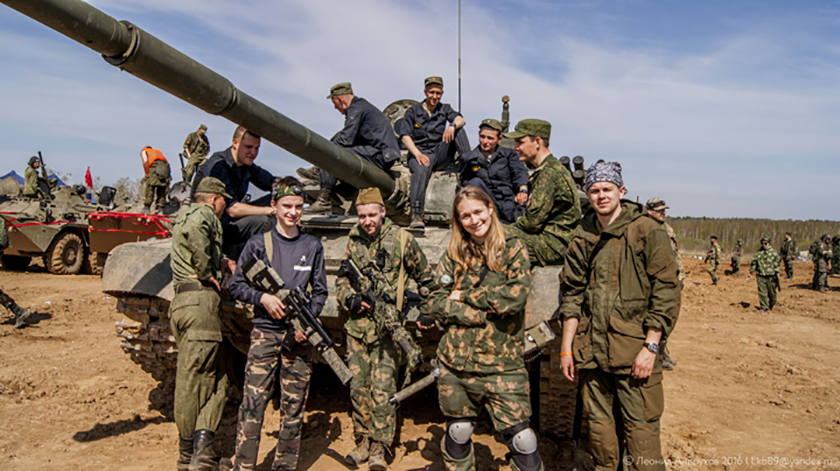 After the morning awakening, a short players’ briefing took place. The players were divided into teams and went to their start positions. A short delay before the start. The hitch was caused by the change of weapon settings after the Hunger Games. Then, 15 hours of non-stop game followed on. During that time, players captured, fixed, destroyed game objects, used military equipment as a shield, carried out sabotage campaigns. All these greatly resembled combat actions: the polygon of a tank division made both parties sweat. Not everyone managed to carry through to the night stage. Yet those who stayed at the battlefield fought for victory till the end as they chased the rivals all over the play territory.

A few extra words about weapon settings. We observed sniper duels, stormtroopers’ crossfire, machine gunners’ fusillade in Alabino. That all meant that optimal weapon parameters had been selected, none of the participants had significant advantage over others. At the time when the settings were formed the event organizers received a lot of criticism: everyone wanted the settings to meet their own individual needs and left very harsh online remarks. But the directors left out all the unwanted bits and achieved parameter settings that were ideal for conditions of the Alabino polygon.

These became the first My Maneuvers during which a new system of interaction between devices was applied. All players’ achievements and mistakes were fixed on the website mlt2016.ru. In the future, we would like to enhance this system by an interactive map which may be displayed on LCD screens in the headquarters of each of the sides. By using this opportunity, generals and players will receive a comprehensive map of front line combat actions. Speedy players’ coordination, hidden attacks of reconnaissance detachments, gaining advantage in a planned manner – these are the aspects thanks to which using additional devices, game slides will become a top priority matter of major laser tag events. For successful confrontation, precise shooting and good tactics are not sufficient. One must stay in touch with headquarters, actively use internet and add own achievements to the teams’ success.

The interactive systems application will make it possible to trace not only team statistics, but also a player’s statistics. In the 2016 scenario game, the reads team happened to be way ahead of their rivals. This becomes obvious when team statistics and individual players’ performance factors are traced. The South Team celebrated their victory the night before the third day of the competitions. The fairly exhausted players were to face the team tournament. 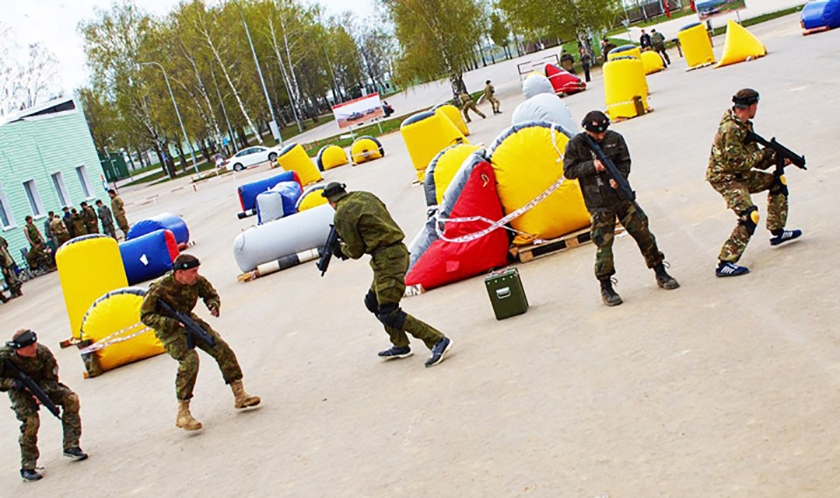 42 teams applied for the tournament. Initially, 2 fields were supposed to be used – they would have significantly reduced the duration of the tournament. Yet it turned out that that option was out of the question for the place was occupied by military equipment. Besides, weather forecast wasn’t looking good: in case of rain, the dust and the loamy soil would have turned into a vast muddy pool. The tournament would have ended before it started.

The only thinkable solution in such a situation would be to hold the tournament on a paved surface area. That was a sensible decision. There was an excellent viewing point for the spectators. New backlit RGB headbands were used during the tournament. Both these factors made the event spectacular, while both the teams were clearly seen. 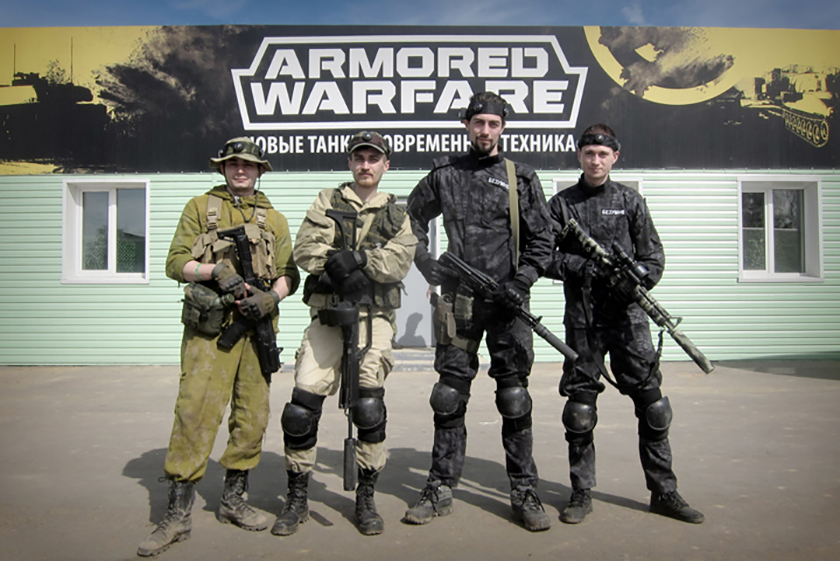 The games were held at one playground, therefore, we had to cut round time in order to comply with the requirements of the event regulations. Many players had a long way home ahead, so we couldn’t afford dragging out feet. Yet we believe that the round time reduction hasn’t affected the final results.

The Blockpost, the Team and the Lasgrad.Sergeants were awarded champion titles, LASERWAR diplomas and souvenirs, the overall cost of which was 50000 roubles. We hope that these teams will become champions yet again next year. As to the rest, they will have a chance to prove that even better results can be attained. 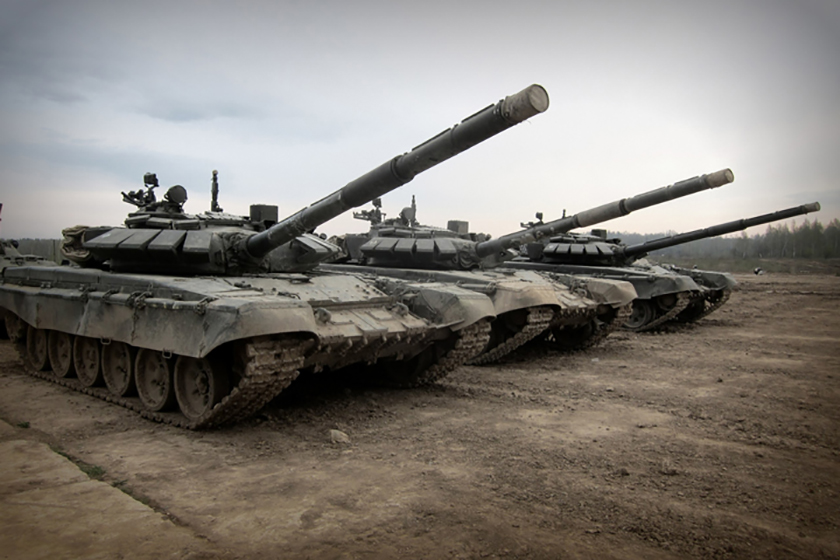 END OF THE LINE

The 2016 MLT ended with formation at which there was souvenirs draw, the winners were acclaimed and achievements were summarized.

This year, players will determine the overall impression by voting in the official group. We would like to give special thanks to the participants, to teams’ captains, to the organizers. It is pleasure seeing you all at the major laser tag event. Thanks to you, MLTs remain the most visited, discussed and the most spectacular event. It’s secret to no one that those are players who make the biggest events.