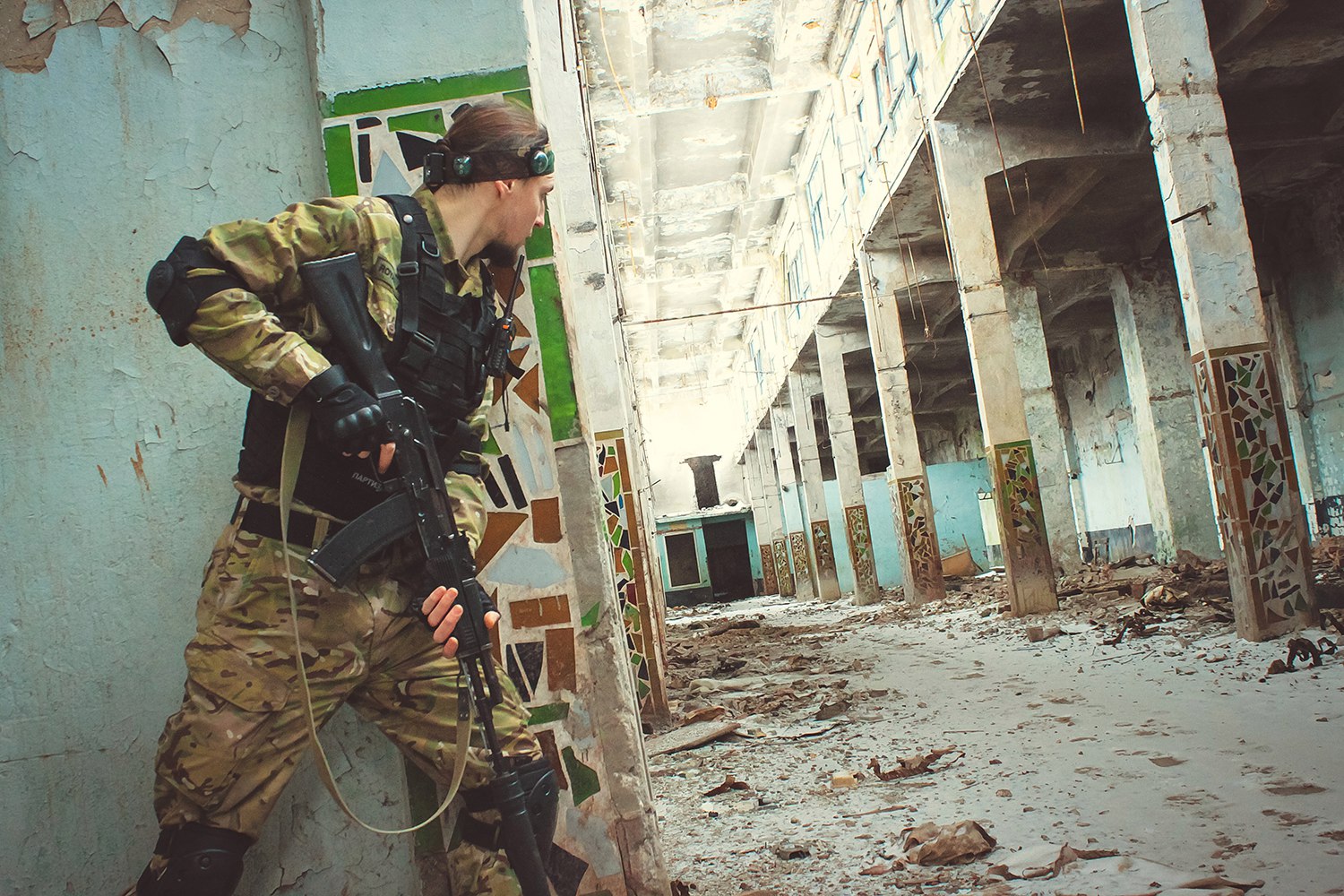 An exclusive scenario invented by the developers of LASERWAR. The plot is based on the eponymous fantastic blockbuster. Optimal conditions for such a game are 20 participants on a 500 x 500 m range. In the centre of the range there are warehouses with sets of weapons and useful devices, which will be useful for the fighters. The total number of weapons must be exactly twice as high as the number of players. On a signal, the participants take positions at equal distances around the warehouse. Then the whistle blows and the players rush to the warehouses for the game sets. You have to act very quickly to take the weapons you will later use in a battle with your opponents. It is forbidden to take away weapons from other players. Having armed themselves, Hunger Games participants take up positions on the ground as they wish. After a while, the judge signals the beginning of the battle by firing a colored missile. After that, it's every man for himself. The only task is to survive on your own and eliminate all your opponents. This must be done in exactly one hour. The winner receives the main prize. The eliminated players are sent to an agreed place. To keep track of those players is the judge's task. If a player is eliminated, the judge signals that with a rocket. If more than one player is left on the battlefield after 60 minutes, no one gets the prize.