The new development is a money saving purchase. In biathlon, a sportsman may need to spend thousands of dollars on training pellets. Laser tag technologies are more economically sound – there is no need for extra spending in the process of training.

As we developed the IDL, we considered the technical requirements of the LASERWAR engineers. The laser length will encourage a sportsman to be more precise even when aiming from short distances to the target. Speaking about a distance of 50 meters, here the area of laser tag shot is same in size as that produced by a biathlon pellet.

The device is fitted with totally upgraded electronics. We have installed new circuit design boards for the hit sensors. Now the biathlon 2.0 is fitted with numerous photosensors, instead of just one. Due to this, hits are registered not only at the center, but also around the edge rim of the target. While testing the target, we received great results: laser spot gets registered throughout the diameter of the target, and there is no false activation outside of sensors zone. 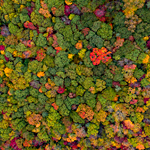 5/11/2017
The price is quiet high for the game set. But that's the best option on the market. The famous game set from Larsen costs twice as much. That's why we placed the order on the LASERWAR website. Having carefully studied all the technical characteristics of laser biathlon I came to the conclusion that it was a must buy. LASERWAR is the only manufacturer of such game sets in Russia. Used this game set for two winters. I'm writing the review because I wish there were more clubs buying LASER BIATHLON. I wish our young athletes used the B-7 rifles of domestic production.
Only registered users can post reviews. Login or Register, please.
Privacy Policy Copyright © 2008–2020 LLC LASERWAR. All rights reserved.