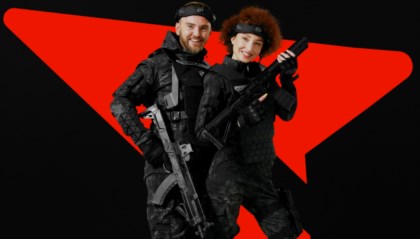 Big Project is the right choice for a club with a substantial budget.

Besides the Predator and the Terminator, the abundant arsenal includes МР9-LT PHOENIX submachine gun, a special VSS Vintorez and AK-74M Berkut assault rifle – it won’t leave even big fans of laser tag and the most demanding players indifferent. The collimator sights and scopes will add vigor to a game and make it more realistic. The full-scale set of additional equipment that includes, besides Smart control points, a Smart battle base and Trinity laser tag grenades, will allow you to organize an operation of a laser tag club for 16-18 players with a set of scenarios that may only be limited by the imagination of organizers.

The 10th generation of LASRWAR`s electronics provides operation with online-statistics, while a Wi-Fi router, which is included in the sets, and Power Bank will allow performing both indoor and outdoor events.

Buy one set and get a free gift!