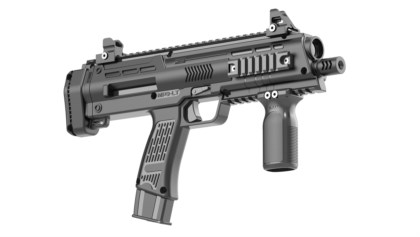 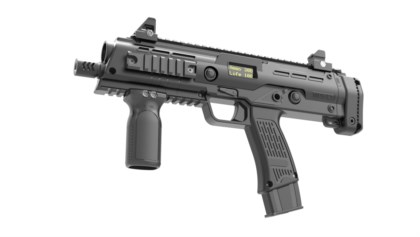 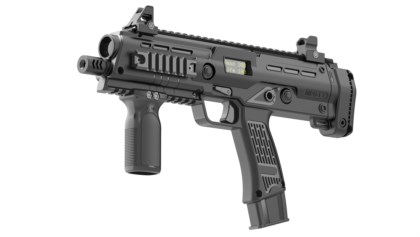 LASERWAR own products are normally perceived by readers as the release of another play model with standard characteristics: weight, length, firing range. The final product has a finished look, is thought out and looks attractive. Frequently the impeccable look is the result of several years of painstaking work.

Why is new weapon construction a difficult job? Is it sufficient to just choose a suitable real weapon model, duplicate it and bask in the sun? Actually, it is a lot more complicated. Just before the announcement of the new PHOENIX play set, which is going to happen this week, we are going to describe the important details and the newly introduced construction features.

The target market of rental clubs are children, teenagers, and adults. While the latter can use any weapons, irrespective of their weight and size dimensions, it is different when it comes to kids. The ideal play set for kids must be light, strong, be compact in size and match the settings. The organizers used to have 2 models to choose from: AK-12 PREDATOR and ERASER. АК-12 is a universal model used both by children and adults. Yet for very young children the model was too long, which used to create problems during the game. That is why the look of the ERASERS handed to children at rental clubs leaves much to be desired. Who may want to use ERASER when there is a comfortable and attractive AK-12 PREDATOR?

We have been searching for a way to combine the ideal technical characteristics with masculine design. We wanted it to be comfortable, light and ergonomic, strong enough to withstand a few hundred games.

The original MP-7 and MP-9 were noted to be compact, easy to manipulate in cramped conditions, and possessed manly looks. We did a few test models and realized that this construction suited us well, although it required some important enhancements. Afterwards, we kept improving the construction of the blaster by altering the design of its details, we tested them during the game, we tested how convenient it was and noted all the shortcomings. The development stretched out over several years, the product release kept being delayed. What have we been working so hard at? Here are the most important features.

MP-7 and MP-9 submachine guns are equipped with foldable telescoping stocks. The stock is an important part of the construction, for it not only makes aiming more convenient, it also makes overcoming of recoil comfortable.

Yet there is no recoil in laser tag, so the weapon does not jolt in players’ hands, which means that the stock loses its main function and is not used as originally intended. That is why we omitted this feature.

If one shoots with one’s arm stretched when one turns the blaster the extended stock feels bulky. We have produced about 10 test 3D-models, tested them and developed a detail that has the right height – it doesn’t scratch one’s hand and goes well with the design of the laser tag blaster. When it comes to laser tag model development comfort is above all.

The stock was used to place the charger inlet. Normally, big charger inlets are used in LASERWAR sets. They look awkward on small models and attract too much of unwanted attention. For the PHOENIX model, we used smaller inlets that had been developed in Germany. The small size of the inlets make them less noticeable, also they don’t rust, which will be appreciated by the directors of rental clubs.

SOBR fighters took part in PHOENIX gun grip creation. We took into consideration the opinion of people who deal with weapons on a daily basis and are aware of every single detail. The gun grip is its essential part. 70% of the opinion about what working with a submachine gun is like depends on how convenient the grip is. It should be as comfortable as it can possibly be. It should not chafe and it must fit any hand size. The final version must feel like CHESTNUT grip, which ensures comfort during a prolonged game. The strict and plain looks were enhanced by the addition of corrugated details imitating real-life models, by sleek design created with hand anatomy and grip specifics in mind.

In military submachine guns, the grip is used for the gun magazine. The gun was made in such a way that a part of the magazine is visible. While this is acceptable for real weapons, in laser tag this part seems to be excessive. Though if we remove it, the grip feels unfinished and cropped. That is why we left this part unchanged. The ready final version of PHOENIX can boast a wide and comfortable grip.

It is really hard to find where to fit displays on laser tag models. It is essential to select the right place, so that the game details are displayed, yet don’t destruct the player from the battle. Laser tag fighters love OLED-displays for not gleaming in the sun, good contrast and precision levels, and for the comfortable game at any time. The construction was based on the development of AK-12. In the final version, the display is ideally located: it is level with the frame, thus increasing its reliability, its light does not blaze into the player’s eyes, the game details are clearly displayed, so the player can just skim over them.

As to recharging laser tag weapons, it must be swift. The player must not waste his precious time on an additional magazine, that is why it is important to decide on how this is going to be performed: using a bolt or a button? In plastic models, the first option is technically hard to achieve. You will require a separate mold for this, while the final cost of the product will increase significantly.

Reload button was the obvious choice. We located it on the left side of the frame, so as the player could easily reach it. It will be easy to reach even if a tactical torch is attached to the Picatinny bar. Reloading the magazine will not take a lot of time: one can refill the charge using one’s left hand, and while holding the tactical handle keep an eye on the events on the battlefield. The choice of place for the button excludes the risk to press it occasionally. The process of reloading has been changed too: the button has been made less responsive. If you have played with blasters with the old button, you are sure to notice the difference.

A flawless sound may be achieved by using a good quality speaker and a big sound hole. In PHOENIX we implemented a compact 50 mm speaker instead of the standard 57 mm one. This could have affected the sound, still, its range and intensity remained the same. Moreover, we achieved louder and better quality sound than in PREDATOR. The speaker was placed on the right side of the frame, so that reload, wound and death special effects would not stun the player.

The shape of the speaker lattice caused a lot of controversies. We did our best to make it look authentic by testing various options. The look of the final choice, different from the first models, signifies the swiftness and martial spirit of PHOENIX. Besides, lattice design matches well the look of the false barrel. Now we are going to describe it in further detail.

The false barrel has always caused doubts among skeptics: “Will it withstand the next game?” Using AK-12 for games proved that such instances were exceptionally rare. After the last year improvement to the mold, there have been no such instances anymore. Now, we have implemented all the construction add-ons. The walls of the PHOENIX barrel are thicker, while it is shorter as compared to the PREDATOR; the added ribs make it tougher, and guarantee reliability, which is essential for rental equipment.

Club equipment is used all year round. Parts of play sets may get dirty, or snow may get into holes. To make cleaning the equipment easier, we added some openings in the “nose” of the gun. Close attention to every detail is what the players will get in the final version of the model.

PICATINNY BARS AND THE TACTICAL GRIP

One of the distinctive features of the submachine gun is the Picatinny bars. The play set may be personalized to suit the player’s preferences: collimator sights, grips, tactical torches. If you look at the bars, you will see they are the exact copy of the original. This is what the owners of ERASERS craved for. Customization is the PHOENIX strong point. Sidebars are removable, which reduces the final cost of the model and ensures that it can be repaired. The player will remove the details he doesn’t want and will add the details that will enhance his game experience.

PHOENIX comes equipped with the LASERWAR tactical grip. The reasons for this are as follows: young players will be required to keep hands steady in order to aim the gun effectively, while adults are going to enjoy the corrugated grip and using both their hands to shoot. According to your preferences, this detail may be taken off and the handguard for the other hand will be left bare. PHOENIX is really easy to personalize.

The play set has borrowed its strong features from the PREDATOR. Such as the trigger, which will stand being pressed hundreds of times, the optical system which does not allow short distance ricocheting, and the standard sights, proved to be good at rental clubs. In addition to that, PHOENIX, as well as AK-12 is balanced: the gun does not droop forward, that is why one does not require additional efforts to position it correctly.

Finally, good news for those who service laser tag equipment on a daily basis. In the model frame, same size M4X12 black screws (for hex keys) are used. As you repair the play set you will not have to rummage through the keys to find the right one.

5 new molds, 6 billion roubles investment, 12 months 3D printer non-stop operation, work of constructors, designers and engineers – this is what PHOENIX is all about! 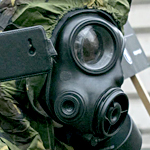 6/13/2019
A nice gun for both kids and adults. A lightweight game set which is pleasantly tactile. That might be the reason why the Phoenix game set is so popular among the clients. You get used to them quickly, those who come a second time, play like an experienced fighters))). And on the plus side, everyone appreciated the sounds and the feedback technology: you get quite a different feeling from the game when there are such 'special effects'.
Only registered users can post reviews. Login or Register, please.
Privacy Policy Copyright © 2008–2021 LLC LASERWAR. All rights reserved.
Copyright © 2008–2021 LLC LASERWAR.
All rights reserved.
Privacy Policy