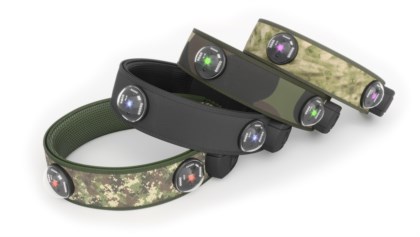 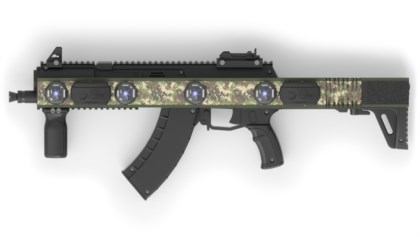 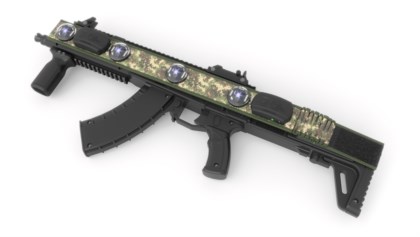 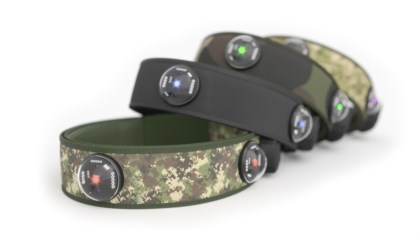 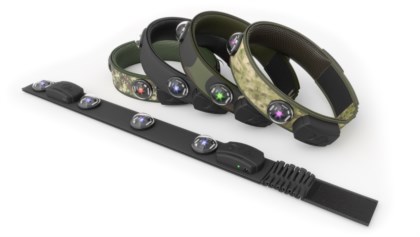 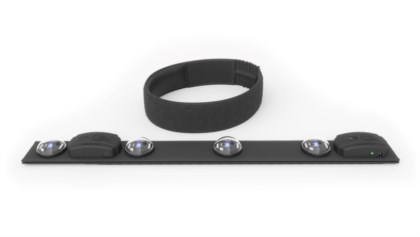 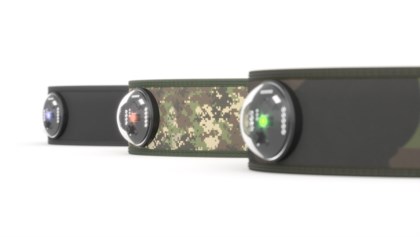 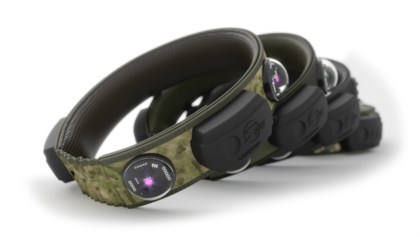 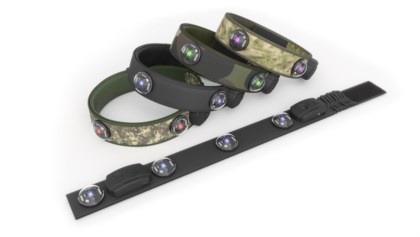 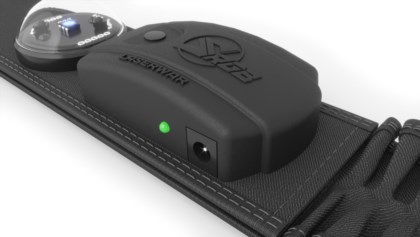 LASERWAR Company is glad to present your a unique smart RGB headband. It is the result of long and painstaking work. We spent more than a year to release the final version. We can say for sure that the new headband will influence the game process, make the desires of many players come true. Let's talk in detail about the new device and find out why it differs a lot from the previous versions. All the changes are based on the following features:

1. . The term "smart" is used here on purpose. It's really a smart RGB headband. This unique device makes laser tag  as interesting as ever.

Multizone function means that the headband has several modules. Each hit sensor is equipped with a vibration motor.  When you are hit, only the sensors that registered the IR pulse will be activated. The players often complained that they could not understand which side they were hit from. A well disguised sniper could put lives of an entire group at stake. With our smart headband, the players will understand which side the shot came from. Thus they can make the right decision to take cover. And all the lovers of cold-blooded shooting will have to think twice before opening fire. Now their location can be easily detected.

Use the tact switch to power on. It's convenient and practical. But in the past, clever players could power off the bandage and change their location. With the new anti-cheat system, this will never work. When you re-enable the device, it will give a loud beep, the color of diodes will become purple, the gun will stop shooting. Cheaters have no place on the battlefield. Moreover, the bandage will not turn on during transportation. Club owners will appreciate that.

In the pas, tape of different colors was used to mark the player's team. Now there is no need for that. The background illumination function turns make laser tag even more spectacular. It is very successful in professional arena systems. You can change the settings and make the headband's diodes active during all the game. When you are hit, the diodes will start blinking. The function is useful in buildings and dark mazes. The players will have no difficulty in telling friends from foes.You can activate the  background illumination in the settings. The background illuminatoin has 15 degrees of brightness. The brightness depends on your playing ground. You wll not becone an ease target if you adjust the brightness of the illuminatoin. If you play at night or in a dark room, you can select the maximum brightness level for friend-or-foe identification purpose.

Battery life - 48 hours. Any LASERWAR  Li+ charger can be used with an 1.8 Ah lithium-polymer accumulator. You can also use power supply units (5-9 volts) as a charger. The power indicator is embed in the frame. If the accumulator level is critical, smart electronics will turn off the headband.

Laserwar specialists focused on ergonomics. Compared to the previous versions of the device, the headband showed higher parameters of hygiene and usability. The design has also undergone some changes.

The bandage has 4 hit sensors. The accumulator and control board are located in different frames. Thus we achieved good weight distribution. The game set fits your head perfectly.  In addition, the reliability and range of Bluetooth connection has been increased. The form of modules is also worth mentioning. They're concaved, doesn't spoil the design. All the modules have a "Laserwar" label. You will never confuse our equipment with something else.

With the help of removable cuffs, one and the same headband can be worn by different players even after the most active game. The cuff consists of two layers. The first layer is AirMesh. It's made of a three-dimensional weaving grid. The grid makes the device more durable, gives good air circulation, has absorbing properties. The second layer protects the headband from moisture. A separate cuff is also included in the game set. It is designed to maximize your comfort during the game.

c) Comfort and ease of use.

The device weighs only 220 grams. It can be comfortably used by both childern and adults. Due the clever design the device has no equal on the market.

We automated the whole assembly process of smart bandages. The boards are assembled by a machine group so the risk of making defective headbands is minimal, the human factor is excluded.

We spent more than a year for creating samples, making tests and improving our device. The new headband is thought out to the last detail.

The bright LEDs can be seen at a long distance. Each sensor is equipped with two photosensors,  there are not "dead zones". The brighness has been improved compared to the previous version of the device.

The sensors are made of polycarbonate and withstand mechanical damage. The boards have a varnishing system that ensures reliable work of the device. Three-month tests has shown that the headbands are super resistant to rain and damp.

The headbands have awesome sound support. For example, if you are shot dead the headband will vibrate three times, then you will hear a special digital sound. 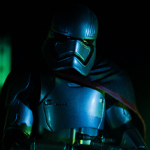 3/13/2018
"A great combination of functionality and design! Great operating time. One day of games on a single charge. I think you can two days on a single charge. Reliable polycarbonate quick-release domes. In terms of weight and size it is suitable even for children of 8 years old, who do not experience any discomfort from the sounds or vibration. I tested the game set on several hundred players of school and primary school age. Sometimes there are issues with the headband single in the 10th generation equipment. I hope you will update the firmware. Apart from that � no problems at all. A mature an optimal product unlike some earlier LW devices. 5 stars!"
Only registered users can post reviews. Login or Register, please.
Privacy Policy Copyright © 2008–2021 LLC LASERWAR. All rights reserved.
Copyright © 2008–2021 LLC LASERWAR.
All rights reserved.
Privacy Policy